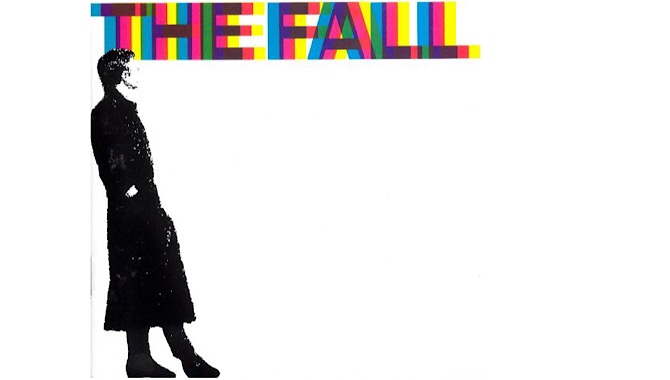 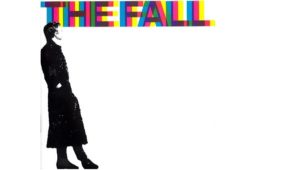 You catch glimpses of video tape as a roving camera spills across your Chart Show screen. Saturday morning becomes Saturday afternoon. A man with a notable face rolls across a map of the U.K.  He yelps. Monocles, estate agents, hysterical breath? You pick up the football and head out to the school field. Saturday morning becomes Saturday afternoon. The man with the notable face rolls around in your brain, swirling in the periphery of your consciousness like an infection. You kick the ball. It goes in off the post. Hit the North!

The girl from the open day presses a tape into your hand in Whitworth Park. Of course, she knows The Fall. You listen to 458489 A Sides. You are lost in words, deluged in a snow globe of ideas, smashed across the tracks, glittering, glistening, glimmering beneath the ravenous Manchester night.  Perverted hymns, angry laments to a lack of domestic lighting, two letter psychedelic experimental Krautrock wig outs, Hey! and Brix’s vocals, urgent, insistent C.R.E.E.P. and Cruiser’s Creek and here it is: Hit the North!

You are on a walking tour of Manchester City Centre. You walk along the river. You are told about the half timber buildings built up on its banks, long gone. You are told how different it would look today had they been preserved, like York or Chester.  You are reminded that this is not a heritage city. This is not a theme park. This is not the past. This is the blink and you miss it vibrancy of the now. As for The Fall circa 84-89: “What really went on there? We only have this excerpt…”

Check out the video for Hit the North Part 1 here: