Home Music Reviews Acoustic Reviews The Callstore: Save No One – album review 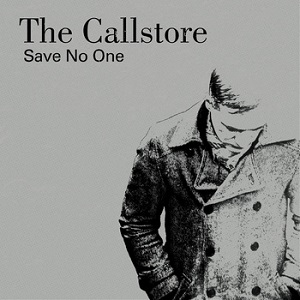 Originally released in 2014, Save No One by The Callstore sees the light of day once more and quite understandably so. The solo project of Brittany born Simon Bertrand is a refreshingly unique take on folk/rock-pop with a thick French accent and some quite interesting musical backing.

Written, recorded and produced by Simon it sweeps between lone acoustic guitars and full backing with (allegedly) all drum sequences made via a PlayStation. Sounding at times likes a Jarvis Cocker speaking in the tongues of the original language of romance, the twelve tracks on show are competent and often entertaining.

Come On Down features just Bertrand with acoustic guitar and violin. It’s gorgeous and well worth a half-hearted listen from anyone before it breaks into the madcap Thou Shall Be Broken with its excessive drum pattern and organs.

Now based in London for fifteen years, Simon has developed a knack for writing infectious and memorable songs with enough cross Channel integration to appeal to many an audience. His style of semi-spoken, sometimes indecipherable drawl is full of intrigue, but sometimes becomes a little too much. As standalone tracks they appear as mini masterpieces, but as a collection the formula could wear a little thin.

Make no mistake, we could hear a lot more of The Callstore and quite rightly so. Sad Sometimes is nothing short of heart-breaking and on tracks like this the voice really suits the mood. Sounding on the brink of breakdown and appealing to his partner he begs for understanding and the allowance to not always be obliged to feel happy.

In Between Tricks The Magician Bows again has a drumbeat which as times sounds slightly clumsy and maybe not in time, but over the track it all makes sense and Simon’s insight and vision should be applauded. He clearly has no intentions of conforming and whilst he continues to make music like this then there is no reason why he should.

The Letting Go is tear-jerking as the effortless and minimalist approach to song-writing becomes entirely fruitful with a vocal that couldn’t be any more suitable to the instrumentation if anyone tried.

Save No One is an interesting album and certainly a grower as the eclectic Above And Beneath Your Feet brings the dozen tracks to a close. Hints of blues guitar and gospel keys flutter in unison with a simple piano break. All good stuff.

Listen to more from The Callstore on Bandcamp here. They have a Facebook page here.