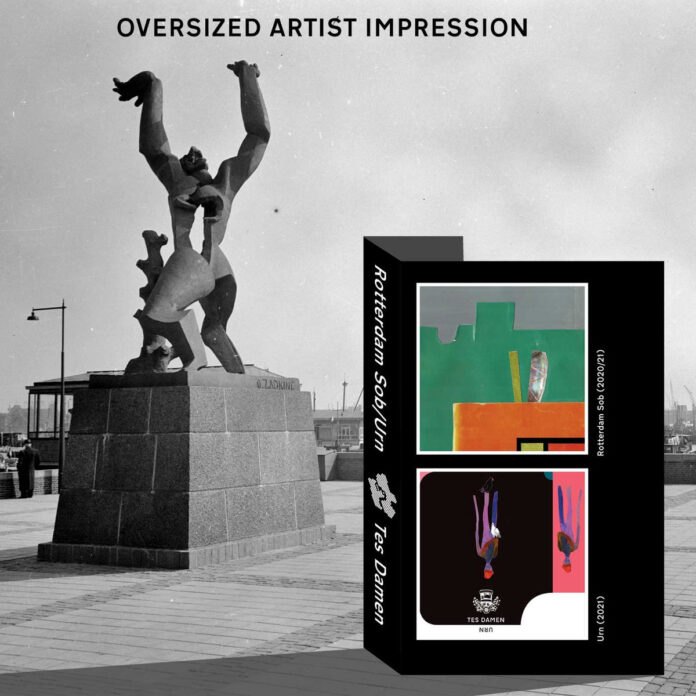 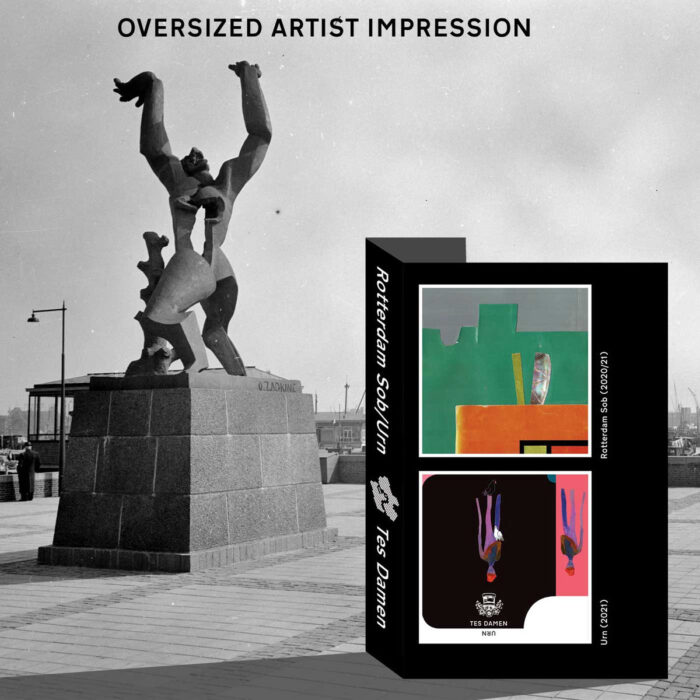 Tes Damen is Rotterdam’s most elusive new debutant: an English national who favours the description, “a concave fish hook of chimes and dirt”. This expatriate has spent the last two years soaking in the atmosphere of the Netherlands’ second-largest city, and has, with a cast of fellow Roffa-based musicians (including Difficult’s Tracy Hanna), turned the experience into a double album of analogue sonic collages. Whilst abstraction ties the Rotterdam Sob and Urn together, a difference in approach sets them apart. They are two sides of the same, well… tape.

Rotterdam Sob is a record dredged out of the city’s famous port; a mishmash of cut-up soundscapes and glib anti-capitalist musings. Moments of abrasive post-punk, jagged guitar sounds sometimes pierce through its mellow membrane. An example of this is ‘Last Tubular Thought’, where the faltering riffs stay slightly ahead of time, playing off the drum machine as it trudges alongside warped percussion. One of the singers, Nico Ditch does his best Lou Reed impression throughout, and his stylised vocals act as a focal point for the album, elevating it from experimental noise into an almost (very loose) pop record. Difficult and engrossing in equal measure, Rotterdam Sob is laden with an esoteric charm.

The second album of this double release, Urn, is more electronic in approach, conjuring up a bleak wilderness of synthesized sound. It appears capable of falling apart at any moment, degenerating into a pool of noise. The tracks ‘and’ and ‘Apoco Bocht’ stand out as unexpected singalongs amidst the analogue landscape, the latter featuring aggressive, muddy vocals lifted directly from punk’s old playbook. Urn excels in ambience, with ‘Strange’ epitomising the bubbling synths and the cold, solitary nature of the record.

Together the albums present an intriguing experience. An onslaught of noise for sure, but one that feels quite ‘otherly,’ not at home in the past nor the modern-day. As the fragmented, metallic clangs die down, it feels as if one has tuned into a radio broadcast from outside of time itself.

Rotterdam Sob and Urn will fittingly be released on cassette tape – a Dutch invention – as well as digitally.