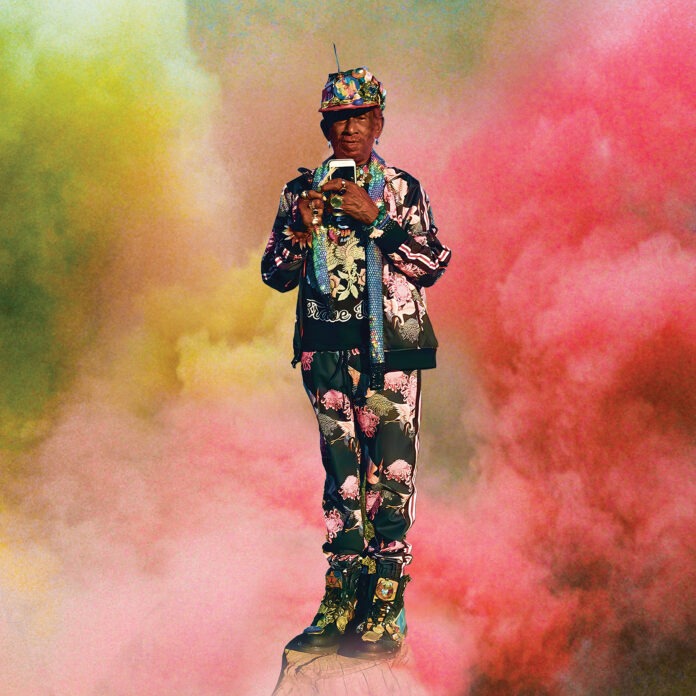 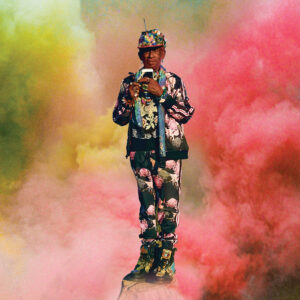 (We Are Busy Bodies)

They never expected him to say yes. But we should all be grateful that the recently departed Lee ‘Scratch’ Perry agreed to this collaboration with Canadian drone/jazz/rock band, New Age Doom. It’s a fitting swansong, a dark, dubby trip that will utterly mesmerise you. Gordon Rutherford reviews for Louder Than War.

Just a couple of months ago, on 29th August, the world lost a genuine musical colossus. Lee ‘Scratch’ Perry, the legendary Upsetter, was the architect of roots reggae and dub. Without ‘Scratch’, there was no Bob Marley and where would the influence for the haunting use of space and echo that became such a staple of dance, hip-hop and trip-hop have come from were it not for ‘Scratch’? He was a true pioneer, lauded by Keith Richards as “the Salvador Dali of music”. It is possible that in the coming months and years, a few more trinkets emerge from the vaults. However, for now, it’s safe to assume that this incredible collaboration with the Canadian drone/jazz/rock act, New Age Doom, will be Perry’s swansong. If so, it’s a fitting one.

The origin of the collaboration is a fascinating one. On August 30th 2020, New Age Doom sent the skeleton of the album that was to become Lee ‘Scratch’ Perry’s Guide To The Universe to Perry. The tape was accompanied by a simple request: “Speak or sing about any philosophical or transcendental theme.” As New Age Doom drummer and co-producer, Eric J. Breitenbach explains, “we never expected him to say yes.” Four days later – FOUR DAYS – the tapes were returned. All of the vocal parts were complete. Perry had delivered a sagacious message, one that was empowering, inspirational and absolutely in keeping with the ambition of the music. You would expect nothing less from a man described by long-time friend, Lady Nigel Butterfly, as a “24/7 truth bomb: give him a little space and genius will happen.”

Now here we are, an eventful fourteen months later, absorbed in an end product which is a murky, sonic mind-warp, a bubbling and intoxicating cauldron of drone, stoner rock, free-form jazz and, naturally, dub. Atop it all, permeating all of our senses, is the voice of Perry, intoning his words of wisdom and philosophical genius in a voice that sounds like one might imagine God himself to sound. His guide to the universe indeed. It’s a collection unlike anything else I’ve heard this year. Perry’s words carry a consistent message. “Be faithful/Be pure/Be clean,” he implores on more than one occasion. “Listen to your dreams.” “If you don’t ask, you won’t get it.” Powerful, empowering words to accompany spellbinding sounds.

However, this album is categorically not all about Lee ‘Scratch’ Perry; his role is significant, but it is only part of the story. The album title may advise us that this is Lee ‘Scratch’ Perry’s Guide To The Universe, but New Age Doom’s music is just as critical in shaping that guide. To achieve this, the band’s nucleus of Breitenbach and multi-instrumentalist Greg Valou recruited a stellar bunch of collaborators. Returning to the fray, having appeared on New Age Doom’s 2020 release, the hallucinatory Himalayan Dream Techno are keyboard guru Cola Wars and Bowie’s Blackstar bassist, Tim Lefebvre. They are joined by a notable new signing in the form of Bowie’s creative partner on Blackstar, saxophonist Donny McCaslin.

It will be no surprise to learn that McCaslin brings that trademark sublimity to Lee ‘Scratch’ Perry’s Guide To The Universe. His distinctive sound fits the New Age Doom vibe as perfectly as the slipper on Cinderella. Completing the line-up are trumpeter Dan Rosenboom, Dahm Majuri Cipolla on drums, The Passenger on synthesizers and multi-instrumentalist/backing vocalist, Ryan Dahle. Together they create something of a supergroup, kind of like an anti-version of The Traveling Wilburys. 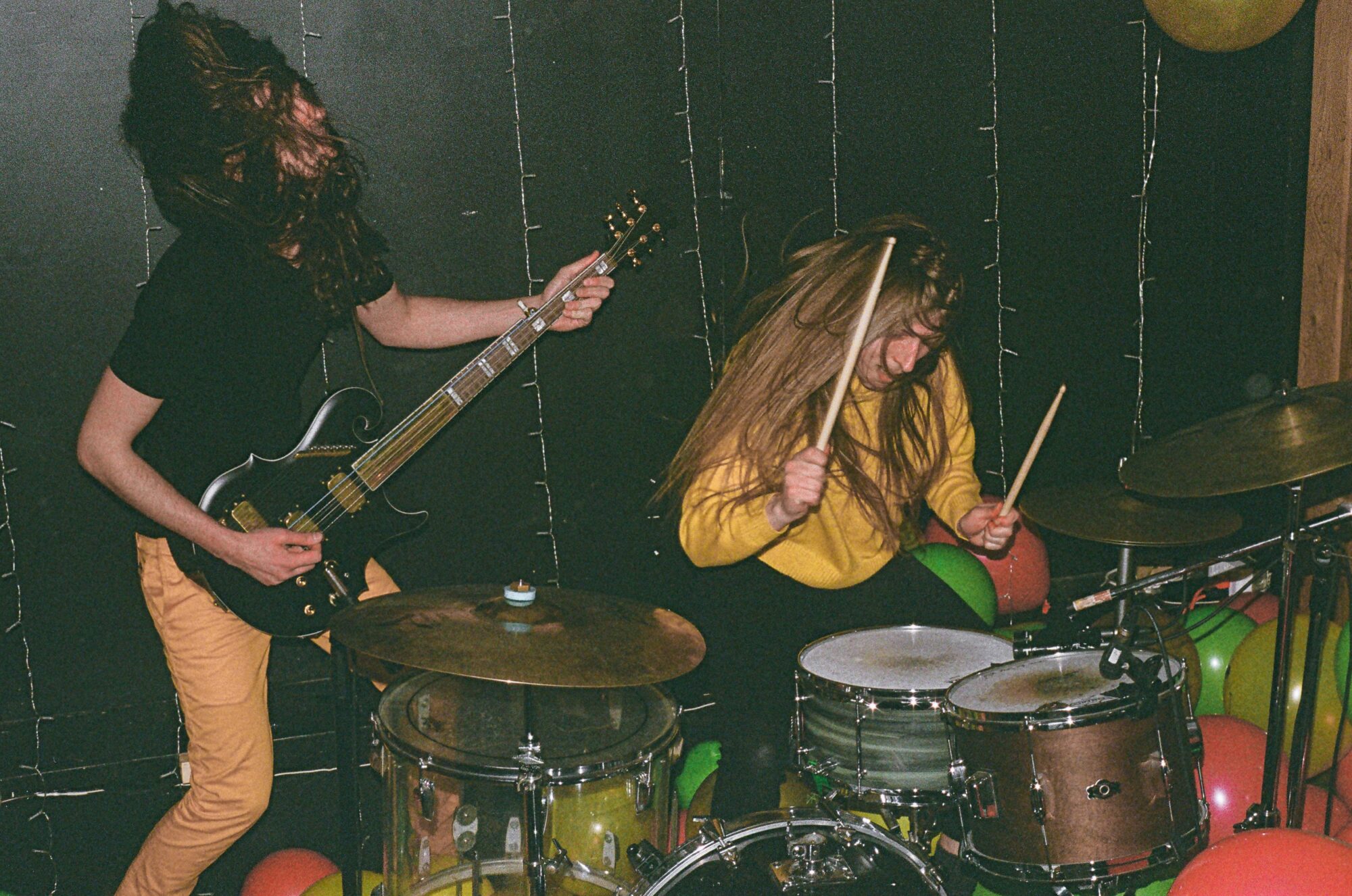 Doom by name, doom by the nature of this dark, portentous morass of sonic intensity. This is an album that has the dubby tenebrosity of Mezzanine-era Massive Attack combined with the sheer weightiness of Black Sabbath’s debut. It’s not easy listening. It opens with the exemplification of dub, the vast expanse of Life Is An Experiment. McCaslin’s sax wails mournfully. Magnificently. We immediately know that we are on a trip, a journey so deep that we will touch the centre of the Earth. Improvisation is all around us as the different instruments make their own unique contribution, yet fuse into one. The Upsetter arrives without vacillation.

It’s not clear where Life Is An Experiment ends and the following track, Holy Wings begins. The tracks drift into one another just as naturally as the Nile flows into the Mediterranean. Holistically, this is a sonic leviathan that induces a dream-like state in the listener. That unstoppable, interminable flow continues into the third track, Fly In The World. The synths swirl and the drums roll and pound. Like shafts of piercing light, McCaslin’s sax spears through the gloaming.

The album’s fourth track, Holy Dub, is recognisably stand-alone. The dub beats carry you on whilst the guitars, bass, keys and horns all improvise around them. The intensity ramps up (if that’s possible) on the album’s second side. The magnificent Step In Space is an absolutely mesmeric (almost) eight minutes of reverby space dub and, like the album’s closer, Conquer The Sin, summons the experimental spirit of Sun Ra.

“If you don’t ask, you won’t get it.” New Age Doom never expected Lee ‘Scratch’ Perry to say yes, but at the same time, they never doubted that he would. Boldness pays and that’s the overriding sensation that this album leaves on me. Boldness. Ambition. This is a work that Eric J. Breitenbach and Greg Valou dared to dream of, but unlike others, they made their dream a reality. They gathered a coterie of the finest musicians and somehow imagined and created a work of incredible creativity and ambition. It is one which follows no rules or set formula and whilst it’s not an easy listen, it is a critical listen. It will take you places that few other albums will.

Finally, if Lee ‘Scratch’ Perry’s Guide To The Universe is the great man’s farewell, then it is a worthy one.