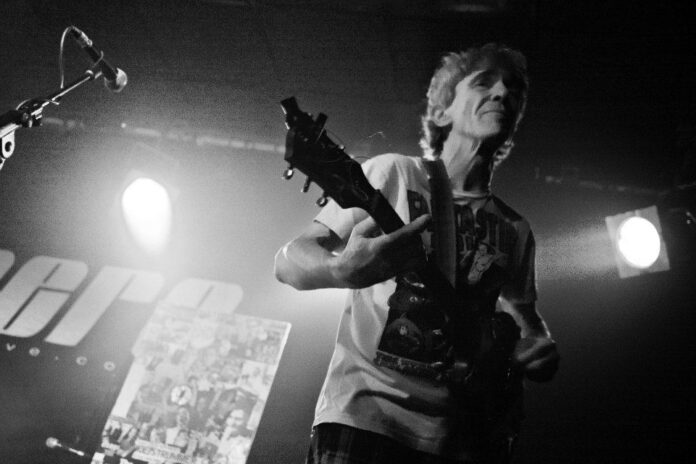 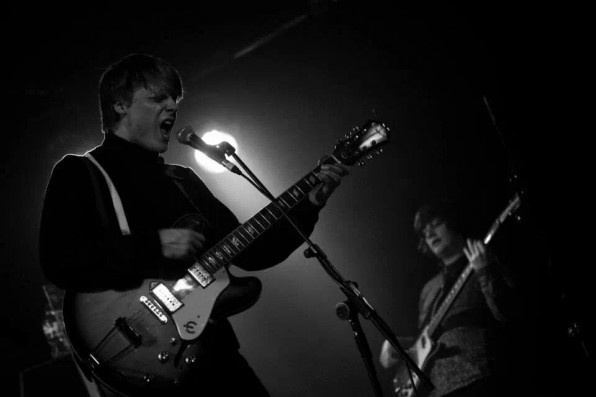 A Saturday All-dayer in a former pub to remember Joe Strummer. Louder Than War’s Ged Babey fails to make it through the whole day but saw some great acts … and met Joe Fungus.

Strummerville does good work, keeping the memory of Joe alive but I still can’t help thinking that Punk’s ethos, not No-More-Heroes, rather every-one can be a hero (just for one day, week or season..), be-your -own-hero and that all of the participants in the punk wars were equally important;  Joe Fungus as much as Joe Strummer … (more of that later, anyway…)

All-dayers at the Joiners have always been long, chaotic, drunken affairs with a history stretching back decades to the SCUM events ( Southamptons Collected Urban Musicians if you were wondering) of the 80’s.  A city which has always been a Clash City, S’fampton is apparently still in love with all things Strummer but with the biggest name on the bill being Kermit from Black Grape in his role as performance poet, the turnout was not as high as expected.

He was a spectacularly nice bloke though Kermit, friendly and self-effacing with no need to be as nervous about his poetry, as there had already been anti-fash and soul-bearing poetry in the front bar from the likes of  the fearless and strange Bobby Looga.  Kermit’s poetry was shot-thru with typically Mancunian humour as well as love and regret.  It was great and he was a worthy guest of honour. 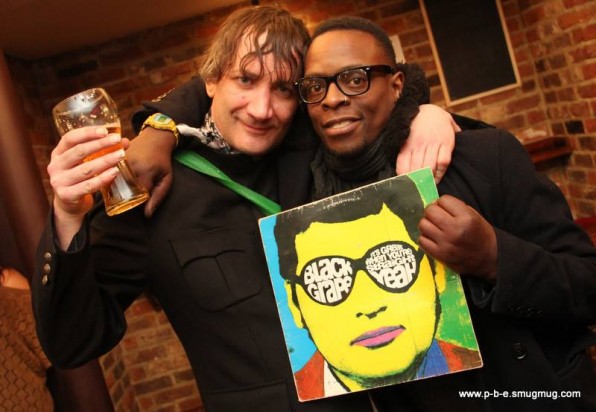 A dose of man-flu meant I missed early sets by local masters of  rock from different ends of the spectrum, Chemical Threat with their UK82 hardcore holocaust and Accrington Stanley and their love-struck C86 melodies but hell or high-water wasn’t going to stop me seeing Bullybones, whose album I love to the point of obsession. Despite the storms they’d made it across from the Isle of Wight for their Southampton debut.

Shy and polite offstage but evil and possessed once on stage, Bullybones really do make it look so easy.  They have the swagger of The Cramps and the intensity of  a young Birthday Party, only without the clothes, hair, drug-habits and fetishes, but with a youthful vigour and self-assurance that you rarely see.  Bassist Illy hunches over his instrument and grins insanely every now and then.  Aaron the guitar-magician is in a world of his own and reminds me of Dylan from the Magic Roundabout.  Liam the drummer is about six foot five  and a tattooed giant…  and Charlie…?  He screams and twists and twists and screams and is a natural frontman despite the fact he says very little between songs.  He has charisma and a voice that seems to come from somewhere else other than his pale skinny frame.  I am besotted and infatuated with Bullybones because of their songs and music, but it helps that they look cool and seem to be well-adjusted individuals. If they were the megalomaniac, misogynistic motherfuckers who inhabit their lyrics then I’d be very afraid. 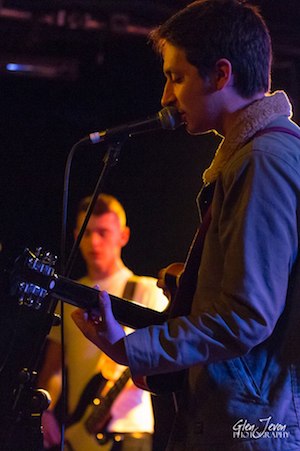 Offstage they smoke nicotine-vapour sonic screwdriver things as if  they are sucking on a pipe Sherlock Holmes style. I lost count of how many people came up to me to concur that Bullybones are indeed the best young band they’d seen for ‘years’.   Kermit didn’t even wait for them to get off the stage before he gave them his business card…

The Harlequin had the unenviable task of following Bullybones. I’d seen them before and their brand of slightly difficult indie-prog-pop is very good indeed, particularly when you realise how young they are (18, 19) but somehow they still don’t quite connect with me.  They are a step-on from the Futureheads/Franz Ferdinand type sound that seemed to characterise them but the “more-time-changes-than Dr Who” prog-isms will never sit easy with this old-punk.

A brand new song – so fresh they hadn’t over-complicated it – came over best and for a couple minutes I could hear how they would fill a stadium with their sound.  They have the looks, talent and virtuosity to be indie rock’s next big thing but they need some, I hate to say it, catchy tunes and to play both faster and slower, louder and quieter, if you know what I mean.  The Harlequin will have their day… just not quite yet.

What can be said about the Lo-Fi Poet Band that hasn’t already been scrawled on a toilet wall in blood.  “They are fuckin’ mental”  said one of Bullybones in my ear, “like the Doors but….un-hinged!”  as he went into action on the dancefloor.  Somehow you just can’t get away from the fact that their loosely-rolled blunt of sound is also how the Happy Mondays must have sounded in their early days …. but that’s to overlook  JJ Bowers off-the-wall keyboard pyrotechnics and the Rancid mans all-over-the-shop. non-rock’n’roll guitar improvisation, and a solid rhythm section.  Always  baggy and loose sounding, the LFPB are a ten-legged groove machine like no other and need to spread their wings into other localities. 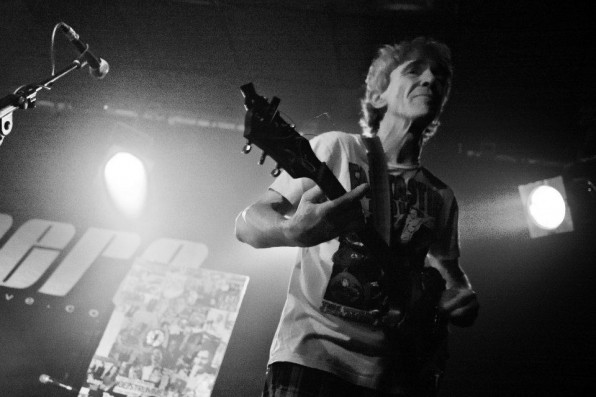 So the memory of Joe Strummer was well and truly celebrated (apologies to August Riots and the Flying Alexanders who I missed, beer does not cure flu…) and every band and artist and poet and madman played their part, but it was Bullybones who impressed everyone though with their ferocious set.

As I walked past a man stood in the shadows at the back I thought I recognised him so said hello. We chatted for a while.  It turned out that thirty-two years ago he was the 15 year old drummer in a punk band called Action Pact.   They were a cool band who a lot of people of a certain age remember with affection.  Joe’ Fungus’  contribution to punk history may not have been as huge as Strummers, but he played his part before retiring at 16 after two Peel sessions and EP’s.  He moved to the Isle of Wight to bring up his family, away from the insidious pull of rock’n’roll…. his son though seems to have become infected. I guess its in the Bones.

All words Ged Babey. Photos by Adam Barnes (‘bones and Rancid from Lo-fi’) Elspeth Mary Moore (Kermit & Marco Lo-fi) and Glen Jevons (the Harlequin). More writing by Ged on Louder Than War can be found here.