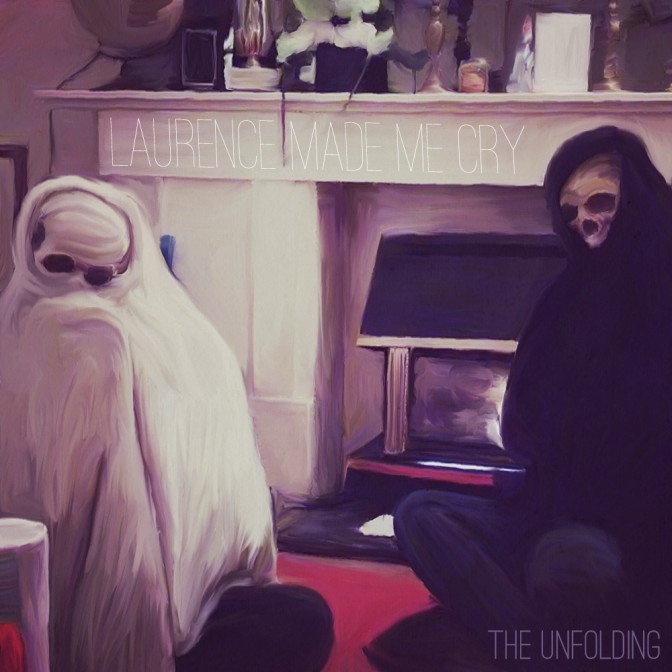 Laurence Made Me Cry –  The Unfolding 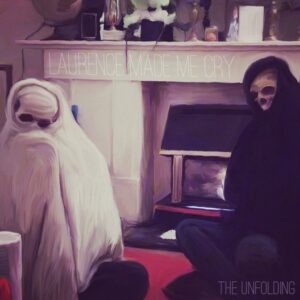 Singer-songwriter Jo Whitby, aka Laurence Made Me Cry, returns with an album of remixes. Louder Than War’s Nat Lyon reviews.

Some times, when a singer/songwriter adopts electronica into their acoustic mix, it results in a series of random blips and bleeps and sounding a little on the new-agey side.  THAT IS NOT THE CASE WITH THIS ALBUM (emphasis mine).  The Unfolding, by Laurence Made Me Cry (aka Jo Whitby) adds a new dimension to her previous, and acclaimed, The Diary of Me.  As a remix album, The Unfolding provides an interesting companion piece, but it also stands extremely well on its own.

The Diary of Me was a very fragile and introspective album.  The songs were carried by the brilliant imagery in Whitby’s lyrics, her distinctive fingerpicking style, and voice.  The electronic effects and ambient sounds on The Diary of Me, were subtle and additive.  On The Unfolding, the songs are revisited and with a new edginess provided by reprocessing and digitally crushing the sounds.  In the process Jo Whitby’s songs of vulnerability, indecision, and wondering take on a completely different meaning.

Whitby works with collaborators frequently (The Diary of Me included Pulco and Dementio13).  While she forms the core sound of Laurence Made Me Cry, she often invites others to contribute on a regular basis.  Whitby also lets her collaborators, other musicians she knows, as well as people she meets via twitter (that she’s never actually met), have a hand at remixing her songs. The cast that contributed to The Unfolding includes folks well known in the Cardiff area, as well as readers of Louder Than War:   Picturebox’s Rob Halcrow, Dementio13, Snippet, and James Reichelt, to name just a few.  Whitby had no plan to release the remixes as an album, she just collected them and personally enjoyed them.

But then a plan did form.  I will not summarize the factors that contributed to the release of The Unfolding, because you really need to read the story in her own words.  Whitby’s essay provides an insight into both her world and writing process.  And then you must purchase this album, because all proceeds will go directly to The Samaritans (it’s a name your own price album, so give something back).

Not all of the songs from the Diary of Me received the remix treatment (only two were omitted) and The Unfolding is not a simple remake.  We get to hear two different interpretations of the future classic Between Destinations by Snippet and Underpass, and two remixes of Remedy by Paddy Uglow and Simon Parton.  As mentioned, most of the remixes on The Unfolding had been collected and cached- and already in hand as the idea for this project developed.  But as The Unfolding project unfolded (no pun, seriously), Whitby wanted to take a run at remixing/remodelling Lay Her Down To Rest, under the banner of yet another musical project she’s involved in called Paper Citadel.  This addition, as well as the entire album, demonstrate that Whitby’s musical range is not limited to fingerpicked acoustic guitar, and through the use of electronics- she has an edge that was not quite revealed on The Diary of Me.

The different engineers that contributed to The Unfolding applied varying degrees of very thoughtful warpage to Whitby’s songs, but it was the range of vocal treatments that struck her the most.  In the more vocal-centric songs- the voice is obscured.  Acoustic guitars are replaced by synthesizers, reverse snare beats, and sampled sounds. This is a great collection that merges minimal folk-tronica treatment with full bore techno-rave.   Houses (Alone Remix) (see below) explodes into a near chipfest at about the two minute mark.   Between Destinations (Underpass Remix) adds a beat and texture that puts you onto the train and in the seat as Whitby takes the ride and stares out the window.

The Unfolding is a clear indication that Laurence Made Me Cry is not a shrinking violet.  With the heavier sound and sonics, Whitby’s voice seems gain a new confidence.  Jo Whitby’s not a worrying folk singer- she’s a world-weary observer.  And this is a very brave piece of work.

You can stream and should purchase the digital version of The Unfolding here. It’s name your own price- with all proceeds going to charity.

All words by Nat Llyon. Find his Louder than War archive here and on Twitter.