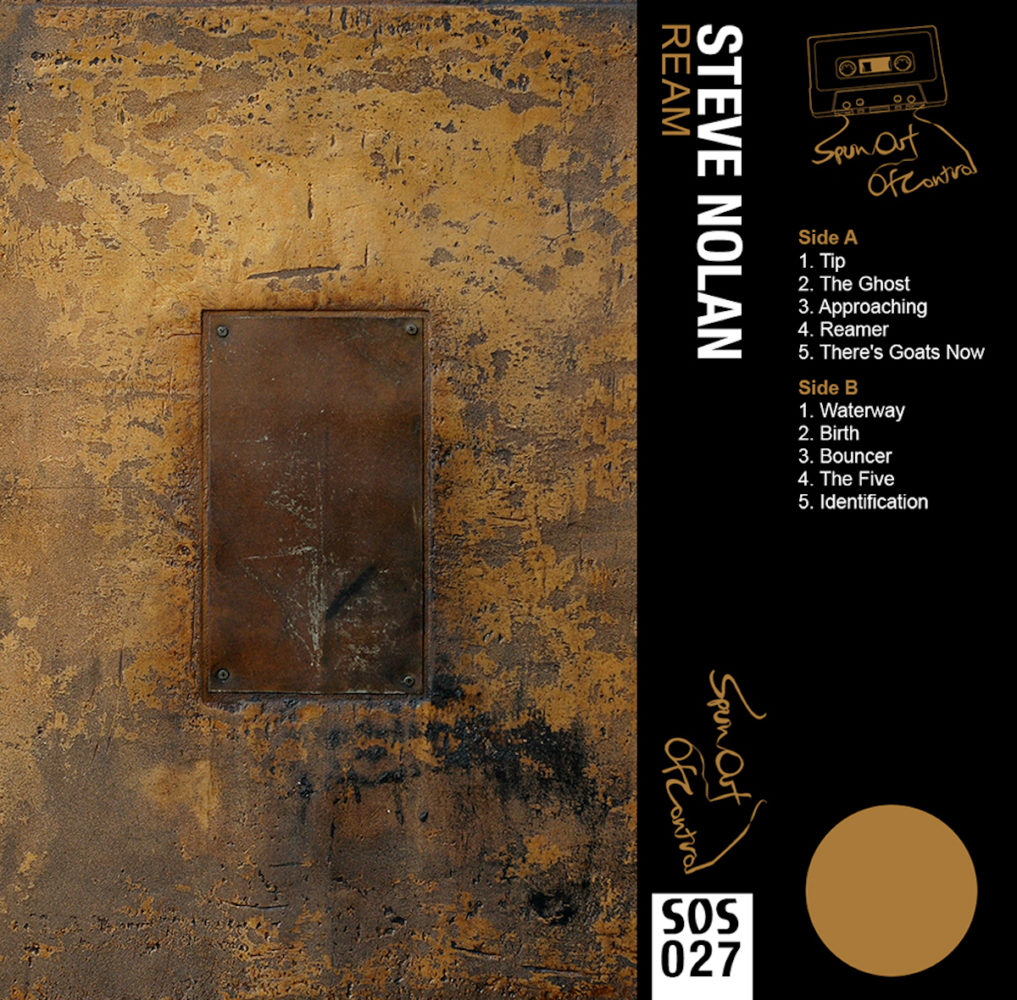 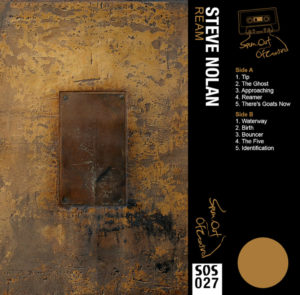 Not one but two album by the acclaimed musician / composer Steve Nolan were recently released via Spun Out Of Control. Simon Tucker pays the price and takes the trip.

It starts with the moody and beautiful soundscape. Then in comes the voice. The voice of a man who proceeds to take us through his life. Meeting the childhood sweetheart who would become his wife. His enlisting in the military during World War Two. The horrors. The relief twisted up inside of guilt that followed his return to civilian life. His obvious gratitude at being allowed to share his story with another human being tangible and emotional. The music gets denser and more overbearing. And then it stops…This is ‘A True Story’ and it resides in the middle of acclaimed composer Steve Nolan’s album ‘From Water’. Releasing two seperate albums at the same time can be risky. It can sometimes feel like an artist is throwing us unfurnished shavings from the studio floor just to pack out a running time. Here that is most definitely not the case as both ‘From Water’ and ‘Ream’ represent an artist hitting that rich vein of form we all revel in exploring.

Starting with ‘From Water’ feels like the most logical step to make as out of the two albums it contains the more melodic and melancholic tracks. Opener ‘The Choice’ is as perfect an introduction to the world of the album as you could wish for as it shows Nolan’s gift for atmospherics and tension building. The moment the piece all but disappears leaving just a lonely piano playing a minimal motif is one of the most effective on the entire album. The overall mode of brittle beauty and insidious melancholy continues throughout as ‘Sunday Shermon’ and the aforementioned ‘A True Story’ help ramp up the drama. This is music that you could label experimental but never once do you feel that Nolan is trying to test us or create an unspeakable dialogue between himself and his audience. Instead this is Nolan the chief storyteller lulling us in with tales that both spook and delight us.

It is as this precise moment where Nolan decides to change tact slightly and with ‘Meeker’ and, in particularly, ‘Empty’ he allows the album to get slightly more mechanical and discordant helping to pave the way for this projects sister album ‘Ream’. Closing tracks ‘Horse’ and ‘Sink’ place us back in the world of the front half of the album and Nolan even allows for some genuine hope to enter the project as ‘Sink’ is the most  delicate and beautiful track on the entire album. It (‘Sink’) glistens as Nolan allows synth lines to forge a path full of harmony. A beautiful goodbye.

Approaching ‘Ream’ after ‘From Water’ is an interesting experience as they are obviously the work of the same author but there is a darkness in ‘Ream’ that was only briefly hinted at in its predecessor. What is enjoyable about ‘Ream’ is the way that Nolan throws us straight into it with ‘Tip’, a track full of hidden violence and covered in moving shadows. ‘Tip’ distorts and pulses with shards of sharp white noise breaking through what sounds like distant howling voices. As it gets further and further into the void and becomes almost unbearable it fades on a factory pulse, leaving us lost and alone. As the title of the track implies ‘The Ghost’ is more abstract and distant than ‘Tip’ yet it is even more emotionally powerful as Nolan manages to once again create a sound that resembles a fractured, wordless voice slowly coming into focus before disappearing again, repeating throughout.

‘Approaching’ and ‘Reamer’ play out like two sides of the same coin with the former hinting at a techno bass drum pattern that hints at the tribal underground location in which ‘Ream’ is set. The latter then follows on a bed of post-rave mistrust and paranoia shot through with a sense of stillness and necessary rest. This is the path Nolan continues to guide us through with an often explicitly disturbing track (‘Bouncer’, ‘There’s Goats Now’) balanced out by one that is more subdued (‘The Five’ and ‘Birth’).

‘Ream’ shares its DNA with the recently released Cosey Fanni Tutti album ‘Tutti’ as it places you firmly into a world you’re not sure you trust but you are left nothing short of shook up and thrilled once it has finished playing.

‘From Water’ and ‘Ream’ are showcases for Steve Nolan’s flare for sonic detail and for painting vivid images with wordless soundscapes. Both albums share a universe and brief moments of similarity but with a unique landscape to each one. To say they represent a heaven and hell scenario would be glib and slightly off the mark. They are actually more in line with a humans inner mind where beauty and sadness can merge as one. Where you can be crying in joy or with anger. Where you can be scared but also thrilled. These are the human condition laid out before us and Steve Nolan is our trusted (or not) narrator. Enjoy the ride.