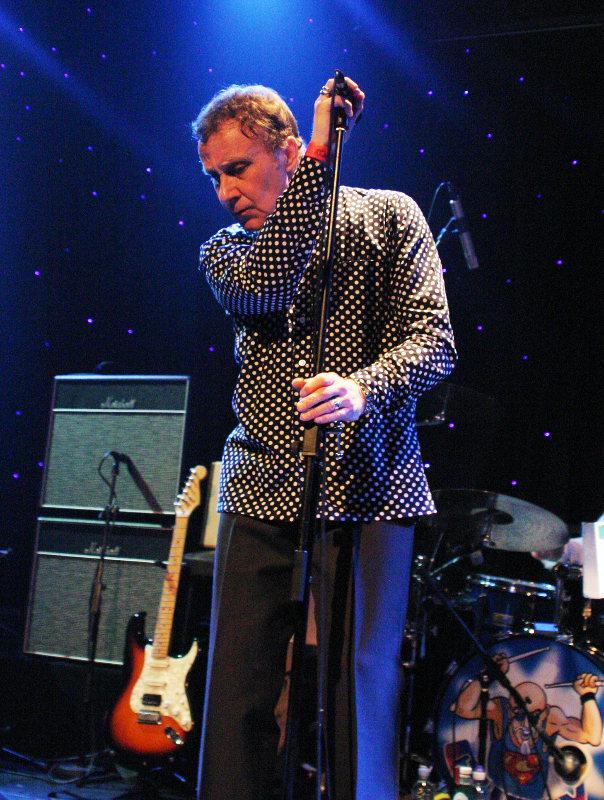 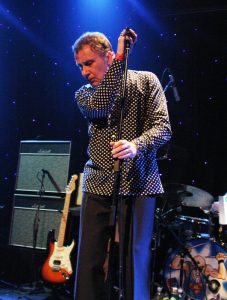 Steve Ellis is the great white soul singer who fronted 60’s mod, pop, soul group Love Affair, best remembered for their stunning singles Everlasting Love, Rainbow Valley and Bringing On Back The Good Times. Earlier this year Steve released a stunning solo album entitled Boom! Bang! Twang that i covered in this Louder Than War article. Here in this exclusive interview for Louder Than War i got the chance to speak to Steve about the album and his engrossing life as one of the chief vocalist of his generation.

Where did you grow up?

North London. My dad moved us out of the East End at an early age. I was too young to remember exactly when or where this was. I know he just wanted to get us out of the area we were living, because he’d been in the War and the Blitz. Him and my Grandad bought a house in Finchley. My grandad was a runaway boy soldier when he was a kid. My dad was in the air force, ground crew, I think they’d seen enough blood and guts so they wanted to get some peace and quiet.

Who were your early musical influence?

When I was about 13/14 I just to go to my Nans in Woodgreen which is not a million miles away from Finchley. She used to live on her own, I would go to see her on a Saturday and she’d let me watch TV, 2 channels back then! 65 Special I remember being on the TV, Lonnie Donegen Billy Fury, Elvis Presley, all those kinda guys, who I kinda liked and people like that appeared on the programme.

The main influences for me from an early age was when my Mum bought me a Ray Charles Record, I liked the more souly stuff including James Brown. I saw James Brown when I 16 at Wolthemstowe Granada. He just blew my socks off. I was already in a band at this point, we all went to the gig, we all sat there with our mouths open.

So I take the soul stuff was the first serious music you got into?

Well, I was a Mod, so I was in Mod gangs. We would go around each other’s houses and check out what music we had all bought, we had abit of a cross mix of lots of stuff but predominantly it was 70% soul, a couple of the other guys I hung around with liked Bob Dylan, he’s great, can’t sing for toffee, but that don’t matter when you hear him you know it’s Bob Dylan, his songs are so great his voice don’t matter. We also got into the Beach Boys. We used to also go and watch loads of different bands. 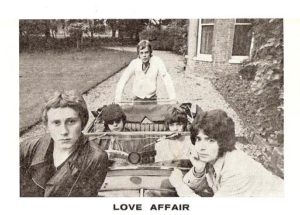 This was the guys you had in Love Affair who you were hanging out with at this time?

We were called Soul Survivors at this time. We changed our name when we had our first hit for Decca, which was a flop. I was glad it was a flop cause I hated it. My mum was also glad it flopped because Tony Blackburn played it. When we signed for another record label it all went OK for us.

Were you surprised with the success you had with Love Affair or did you see it coming?

No, I didn’t assume anything. We started out when we were kids so I had just turned 16, drummer was 14, the average age of the band was 16.

So you would’ve been even younger that say The Small Faces?

Yeah we were younger than them. We used to play anywhere. At the opening of a letter we’d play, just to get better as players and as a band. We worked our way up the food chain, playing all the mod/soul clubs, then got a residency at the Marquee and Flamingo clubs when we were 16. We also played with The Who at the Goldhawk . We played My Generation in our set! We played with the Small faces at the Royal Albert Hall, with Gene Chandler and Dorothy Squires also on the bill, disaster gig. So we played some top gigs around those times. We were young, carefree. Sleeping in the transit van, getting home at 3 am as the birds are singing. Then when we I left school I got an apprenticeship for 6 months and I asked for a day off to the foreman, who was a Scottish guy, he said ‘what for laddy?’ I said ‘I gotta make a record mate’ and that was everlasting love, which took on a life of its own. Some people thought Love Affair were kinda like The Monkees, which we weren’t. We had a great following and built up that following over time.

That song gets better with age!

We just remastered it for Record Store Day. Sony contacted me saying ‘we want to release it’ I said ‘why?’ they said ‘well, it’s now 50 years old!’ I said ‘oh, thanks very much for the compliment’. In the new mix you can hear stuff that you can’t hear in the original mix. So they’ve done a fantastic job!

I hope that people love the album. There’s a lot of love that’s gone into the album.

I bumped into Cow in Brighton and we just got on straight away, talking for about an hour. I said to them ‘I’d do a track with you’. So they booked a studio, Black Barn Studio! I said to them ‘that’s Paul Wellers studio!’ Then Mark Boxall Said ‘yeah, he’s my cousin, but I don’t tell anyone because I don’t like shouting it out.’ Coincidentally Paul had sent me some tracks to work on entitled Lonely No More and Cry. So we in the interim we did the cow AA side and then Paul turns up and plays on the Cow record, then he said ‘why don’t you do your album here’ meaning his studio. He’d asked me to do it there before but the studio was always booked up and either I was touring and he was touring so we couldn’t find the time to do it. So whilst I was there with Cow I put down a vocal on one of the songs Paul had sent me and so it carried on from there. Paul then pulled in Andy Crofts and Ben Gordelier from his tour band, I got my mate in from Dream Foundry Kev Wallbank, so the core studio band was Cow, Paul, Ben, Andy, Kev plus Charles Rees the co-producer who plays a few instruments.

If Paul was on tour I’d go into the studio and do a few bits, but after a short while we realised we had a finished album up to 11 tracks. Infact we had 10 tracks but I had written a poem called Oh Death, when Paul came back to the studio he laid down a guitar track on it and that was it done.

Was it quite quick to get the album recorded and done?

In studio days it took about 12 days to complete. It was like blocks of 3 visits to the studio.

You wouldn’t have thought that with listening back to the album. It has a certain amount of maturity to it, one you would think would only come through months of rehearsing and playing before recording.

A lot of thought went into it. There one track which we used as a sample with the John Schroeder orchestra on Soul Trek who sadly died shortly after recording it. He was a lovely guy. Then Mike D’abo from Manfred Mann cut a piano track down for one of the songs.

That was Paul’s idea. He said listen to this track. I had never heard of the track before, I thought let’s give it a shot. We played it live, nothing like 16 takes to record a song, the maximum run through for any song was 3/4 takes, and then tidied them up after. Paul likes to keep things live. Don’t let the sun and I forgot to be your lover, those songs I’d been doing on tour. I had always wanted to record those songs, so I thought what better chance. There are no spare tracks that we recorded.

I assume you knew Mike when he was in Manfred Mann?

Yeah, we did lots of Top Of The Pops episodes together and European TV shows. He is a little but older than me, but when we got to do some shows together over the last 10 years we just got on famously well, had abit of a laugh, I said to him ‘I think you’re a great songwriter, would you play on Glory Bound on the album?’. Jerry Marsden is over the moon with the version on the album! His wife loves the album.

Are you going out on tour to support the album?

You can find Steve’s music via his official website. The album is available to pre order here