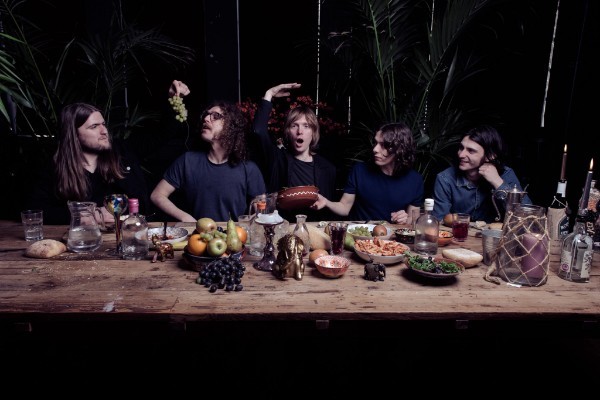 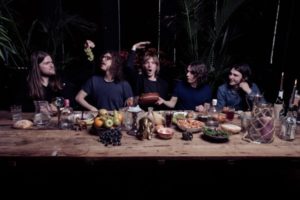 Liverpool psychedelic rockers The Vryll Society announce the arrival of their debut album this summer released 10th August via Deltasonic Records. Matt Mead previews the album and catches up with the band for Louder Than War to consider their top ten favourite albums.

Developed organically over several months in the band’s rehearsal rooms and the esteemed Parr Street Studios, Course Of The Satellite is a majestic leap into space rock, trip hop and psychedelia that spins off into a myriad of different directions of glowing melodies, intimate moods and gloriously uplifting choruses. The video for the first single lifted from the album Andrei Rublev is an emotive charge of hip-hop drums, crunching bass lines and hypnotic guitar solos, inspired by scenes from Andre Tarkovsky’s 1996 arthouse classic film.

Andrei Rublev by The Vryll Society on VEVO.

Having produced a series of critically acclaimed singles over the last few years, including live stalwarts A Perfect Rhythm and Shadow Of A Wave, the fast-rising Merseyside outfit are primed for their first full-length release, with impressive appearances at the likes of Glastonbury, Reading & Leeds and TRNSMT helping them develop a staunch grassroots following.

Extensive support from BBC Introducing has arrived in the form of slots at their SXSW and Glastonbury showcases alongside a Maida Vale live session over the past 18 months, whilst widespread acclaim from Huw Stephens (BBC Radio 1), Phil Taggart (BBC Radio 1) and Steve Lamacq (BBC 6 Music) has seen the spotlight on the psych-pop quintet intensify, leading to supports with Blossoms, The Coral and The Kooks. Produced and engineered by Joe Fearon and Tom Longworth (Parr Street Studios, Liverpool). Following the album release the band will go on an extensive UK tour in October.

Course Of The Satellite Tracklist

1.Songs of Innocence – David Axelrod: Our producer Joe Fearon got us on this quite a few years ago and it’s been one of our top albums ever since. 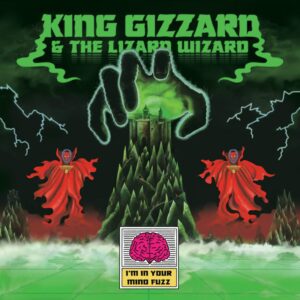 2. I’m In Your Mind Fuzz- King Gizzard: When this came out it blew us away. We have never really been into heavy guitar music but this is done in a way it’s impossible not to like

3.Pet Sounds- The Beach Boys: This album is an absolute screamer. The melodies, chord progressions and changes are amazing. Everyone should listen to it at least once a week to maintain healthy living.

4.36 Chambers- Wu Tang Clan: Such a ruthless album, the RZA’s beats are insane and the raps are sublime

5.Lonerism – Tame Impala- We listened to this constantly when it came out, the drum sounds are great and it’s a good example of cool commercial music. 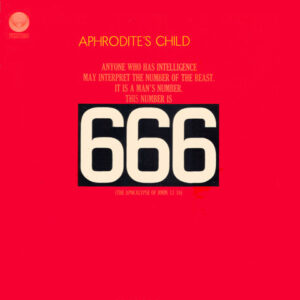 6.666- Aphrodites Child – There’s nothing else quite like this album. It’s beautifully weird with some really out there moments. Must be listened to in its entirety for full effect.

7. It’s Album Time – Todd Terje- Some very groovy sounds on this album. The synth work is fantastic. We will definitely be taking influence from this album in our newer music.

8.Tago Mago – CAN – We could of put every CAN album on this list but we will settle for this one. CAN’s rhythm work has always been a huge influence for us. We will be listening to this band for rest of our lives. Those who are not yet enlightened… get on it.

9.Home Computer – Kraftwerk – This is album has got some really good melodic songs whilst still being really cool and electronic. We are always trying to find ways to get that balance of weird out there sounds but still being accessible and melodic. 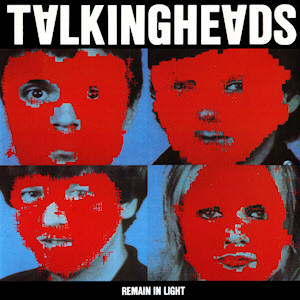 10.Remain in Light – Talking Heads- Just like with CAN the Talking Heads rhythm section fascinates us. The little percussion parts and how the guitars lock in with the drums and bass. It’s just good for the mind. Cross eyed and painless from this album is a personal favourite of ours.