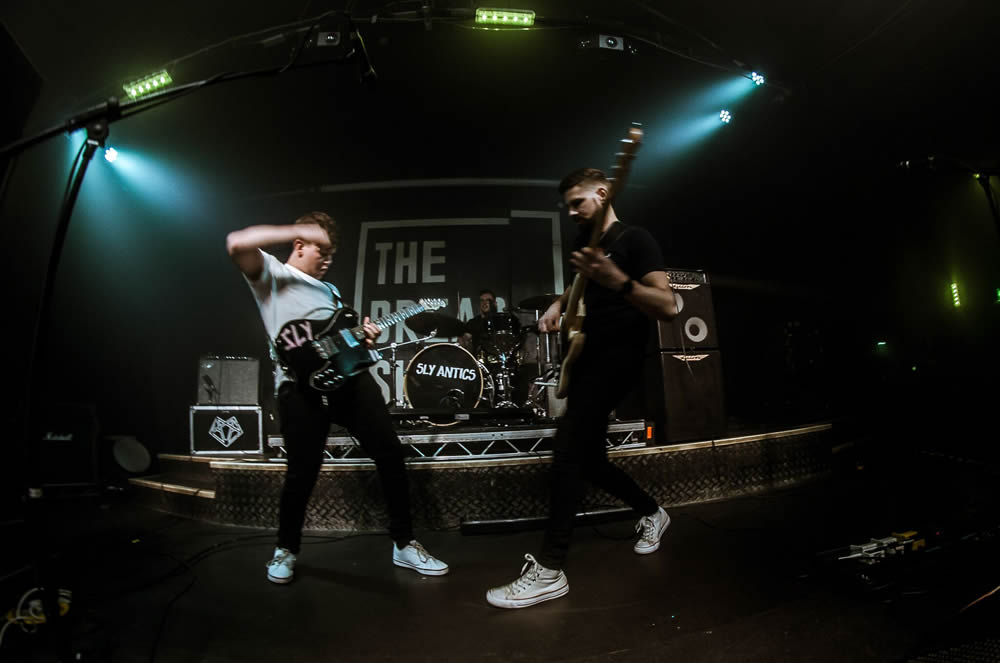 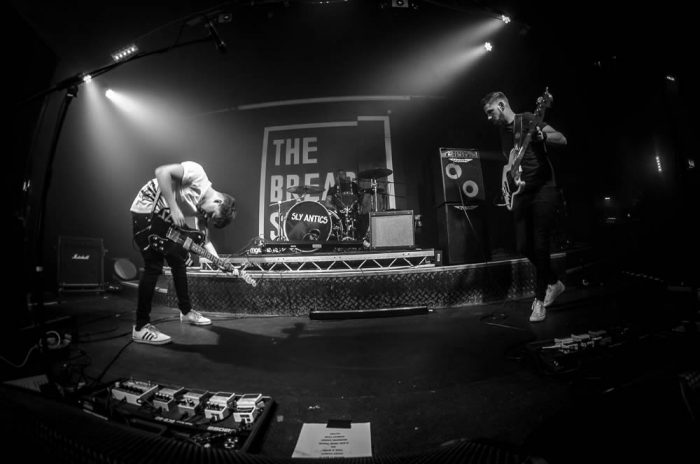 Sly Antics put on a 3-band cornucopia of alt, art and funk fuelled rock at Manchester’s Bread Shed. Nigel Carr reports back for Louder Than War with photos by Nidge at Trust a Fox photography.

Gaining traction over the past couple of years the Hebden Bridge three piece put on their biggest headlining show to date, and their first of 2018, despite appalling weather, band illness and patchy transport!

I catch the end of openers Circus belting out some cracking alt-rock before Sylvette takes to the stage. An interesting combination of Muse style progressive rock that at times edges into Riverdance territory. The violin, included here as a main instrument makes a proper impact; an impressive and at times, almost classical combination. Lead singer Charlie Sinclair leaves it until the very last song to show off his amazing guitar shredding abilities, but his thrashing around, overtly sincere falsetto vocal feels just a little over the top. 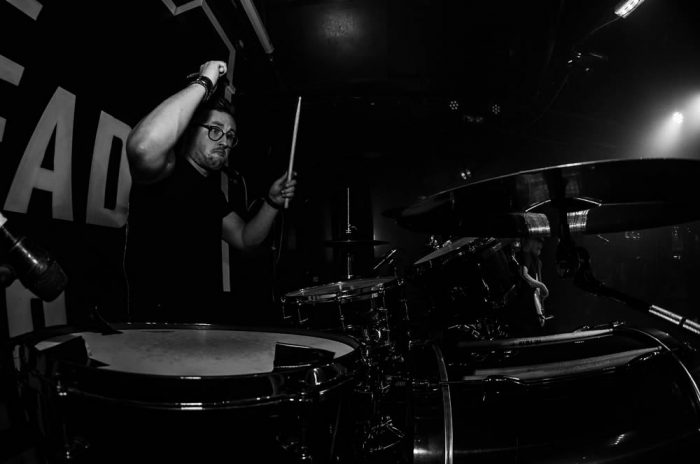 Sly Antics have been perfecting their chunk-funk sound since we first reviewed them at The Ritz nearly two years ago. With the combination of hard funk and rock now perfected, the Chilli Pepper references are impossible to ignore especially on the lead out to the brooding Break it Buy it with the half spoken half sung fade. 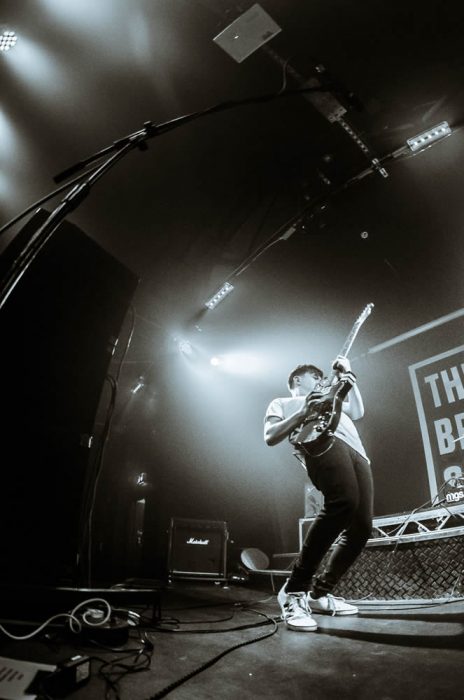 Opening with the jaunty Get To It, the set is a dense collection of the familiar interspersed with a slew of more commercially engineered songs. Newer tracks like Lucky Punch and the rap-infused Go, form a rich central groove whilst the bluesy, I’d Rather Go Blind style Take a Walk and new song B-Side (The “brand spanking cling film off new fucking tune!”) add fresh depth and passion to the set.

Tonight is the single launch for Sunday Fear which we premiered a couple of weeks ago – its bright poppier sound sees lead man Sam using every inch of the stage to show off his guitar slaying technique, while Lee displays his usual single-minded aggression to his poor drum kit!

Sly Antics put so much work into their shows, the passion just oozes out. Genuinely entertaining with a growing army of younger fans, this band is one to watch out for as their following increases. Catch them at one of their festival appearances coming up this year!

All words by Nigel Carr©,  More writing by Nigel on Louder Than War can be found at his Author’s archive. You can find Nigel on Twitter and Facebook and his own Website. All Photos by Trust A Fox. More photos can be found Here Please note: Use of these images in any form without permission is illegal. If you wish to use or license any images please contact Trust A Fox