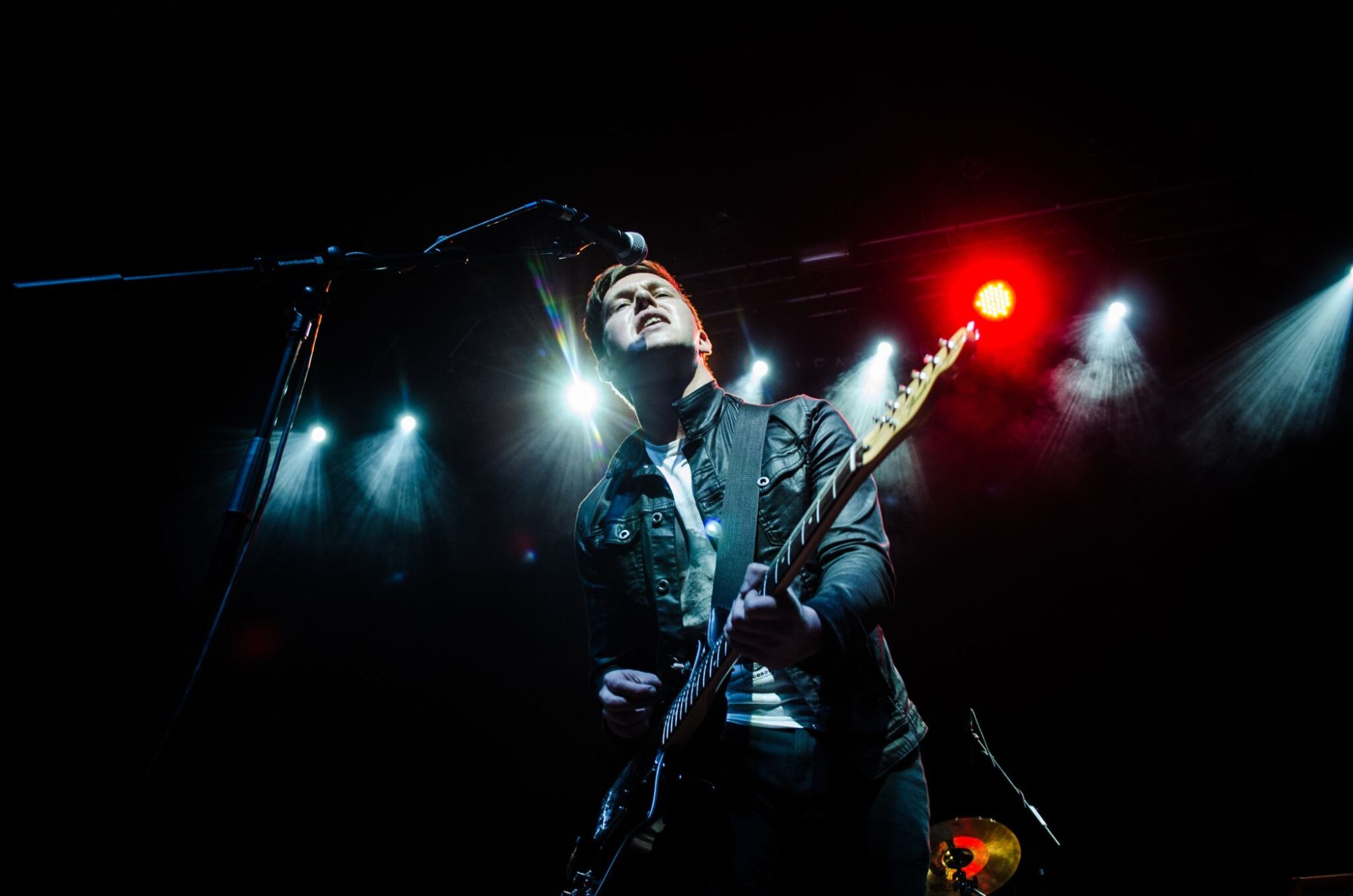 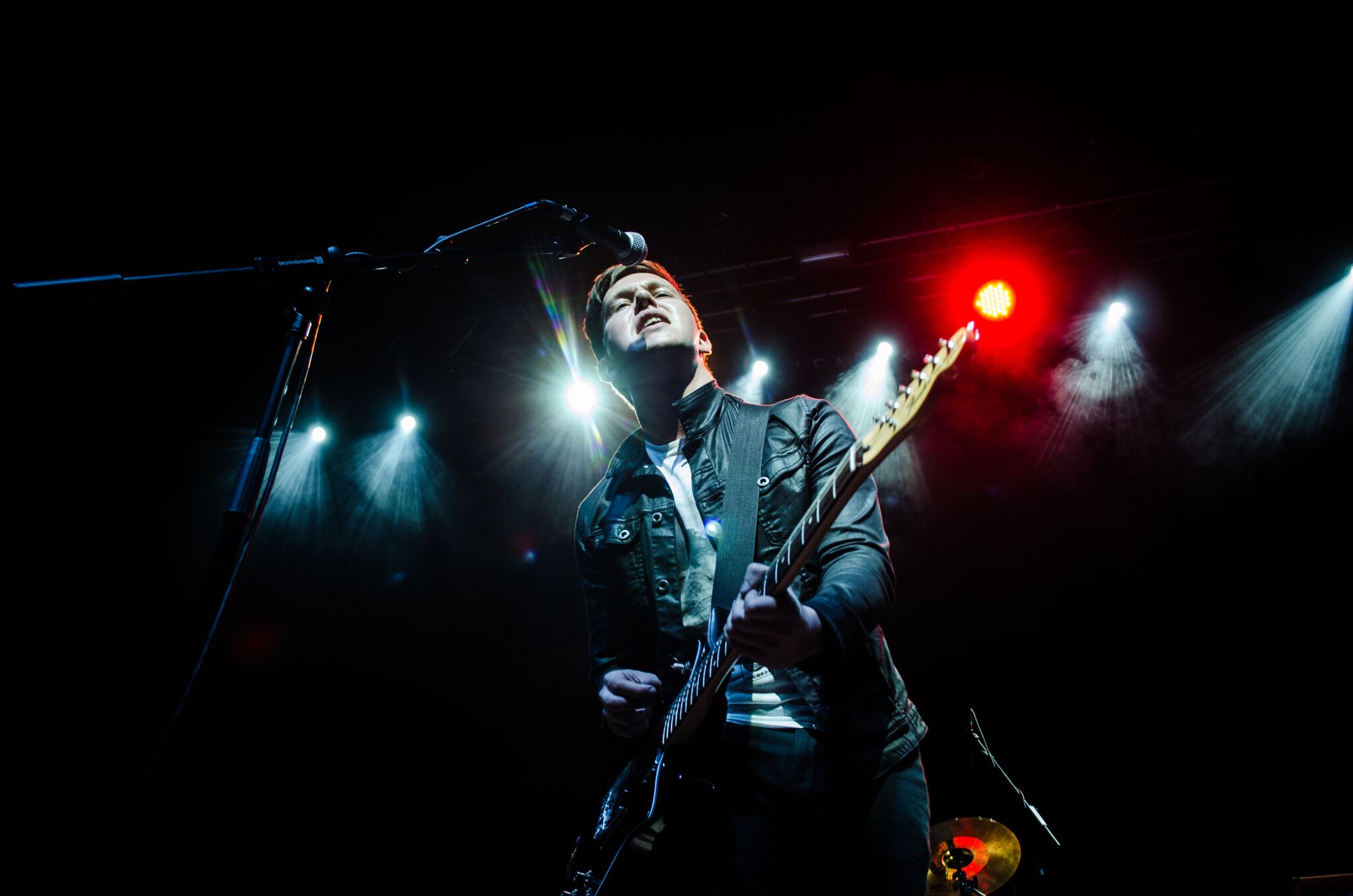 Sly Antics smashed it at the O2 Ritz, Manchester last night. Nigel Carr caught up with lead singer Sam Hudson and reports back on the gig for Louder Than War, with photos by Trust a Fox.

A slight diversion for me, I’m more of a Fall meets Cabbage type of guy, new post ‘post’ punk, I don’t especially like the term ‘Indie’ and eschew pure rock and metal bands as kind of passé and a little bit boring. Occasionally though an outfit comes along which, pardon the Booshism, ‘spans the genres’.

Sly Antics from Hebdon Bridge via Manchester; are they Rock?, Funk?, is it Punk? hard to say as they cover so many musical bases; Sam: “It kind of tips on the boundary of Indie and Rock”, but what I can tell you is that this outfit who are playing only their 10th gig completely own the stage of the Ritz tonight.

I’ve never seen a drummer punish his kit quite so viciously and completely as Lee does; the spirit of Keith Moon is alive and well! Tommo struts stage right, back arched, pummelling his bass, Flea style, underpinning the sound with a careering Wobble style thunder. Lead guitarist and singer Sam variously takes stage left, centre, the floor and anywhere else he can get to, to deliver the kind of deep throaty vocal I haven’t heard since Soundgarden’s Chris Cornell dropped Black Hole Sun. Sam: “I’d never sung before this band, the singer left our last band and I was the guitarist then something just clicked and I managed to get out that gruff kinda voice.” 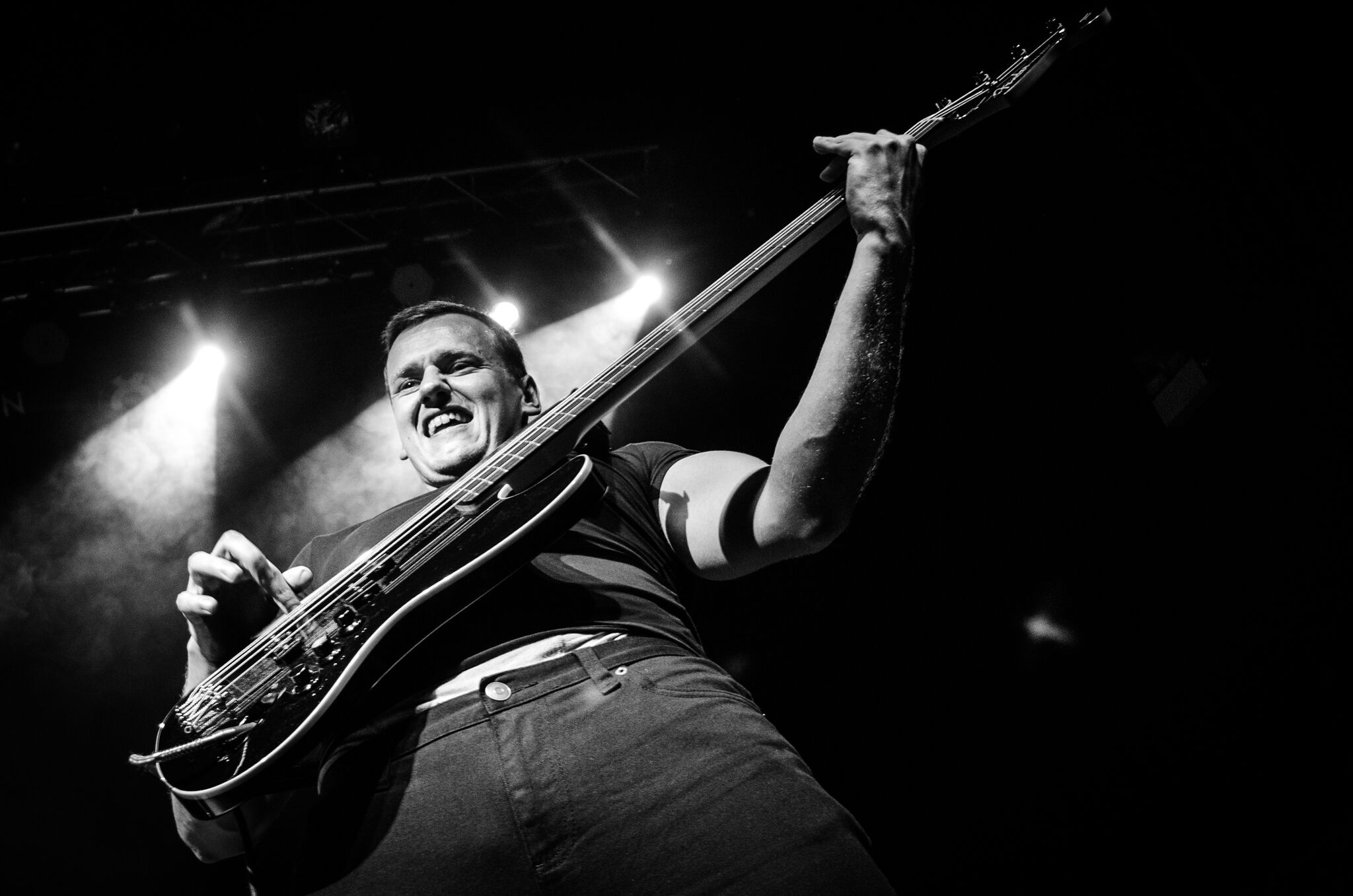 It’s a big, loud expansive sound for this power three piece from the opening ‘Intro’ which starts slow and menacingly with an almost unbearable, crunching, bass heavy rumble that just builds and builds before exploding in to a full on rock out; the audience reacts immediately. The band says that listening to their music is ‘like being hit in the face with a box of stale cereal’ but I’m thinking ‘sledgehammer’ at this precise moment!

They slam straight in to Morning Games, another track from the Captive City E.P. Which is released to coincide with the show tonight. It starts slowly before turning in to an Indie/Metal mash up and the energy coming from the stage is palpable and infectious with the crowd slamming accordingly.

The city’s freshest up and coming bands have one thing in common, their ability to captivate the audience in such a complete and immersive way despite the differences in their musical styles. If the band’s got attitude then you’ve just got to stand and listen and this band dominates the stage in such an arrogant and determined way, it belies the fact that it’s so early in their career. 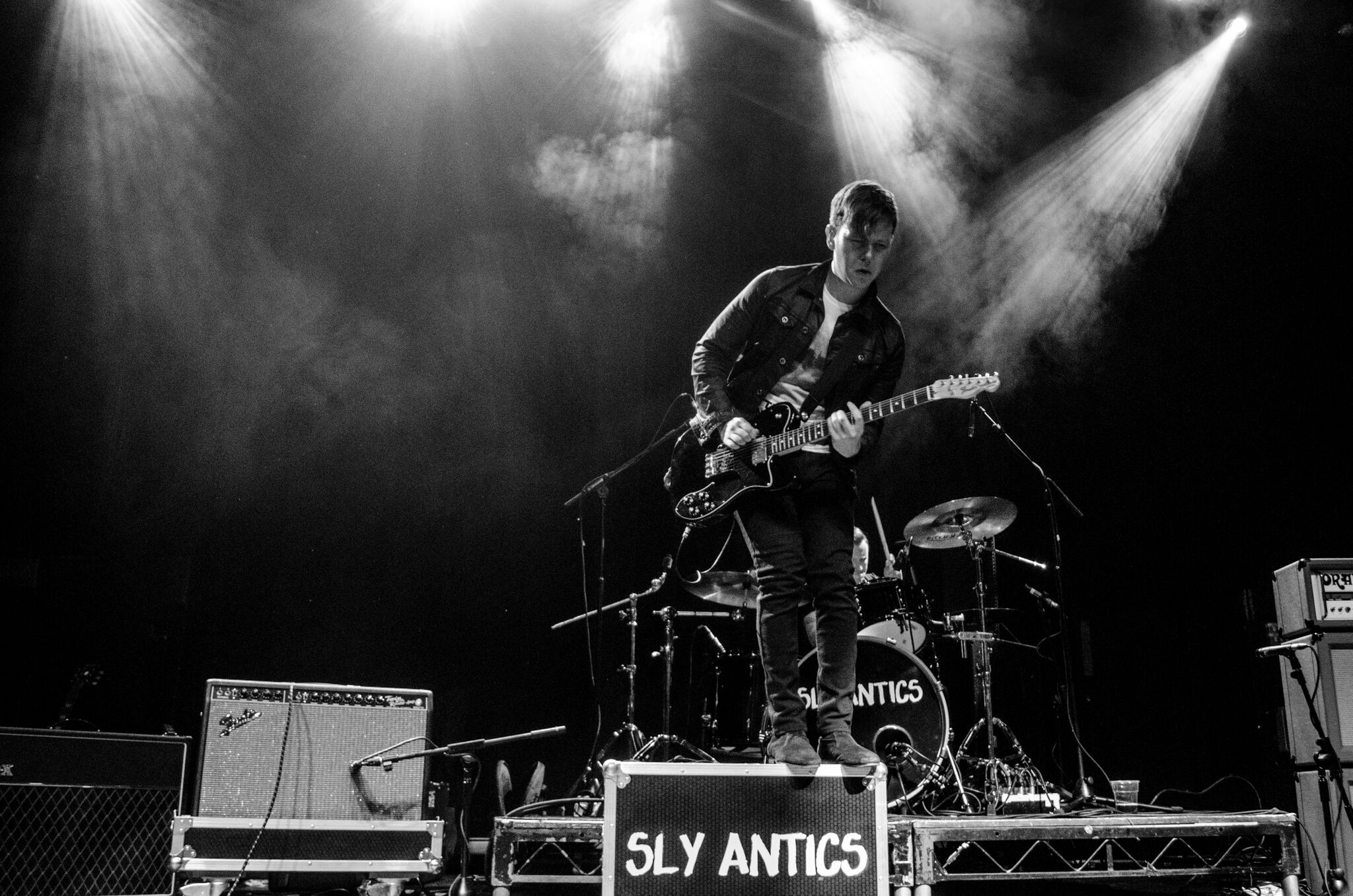 Sly Antics stray variously from the lyrical bounce and energy of early Artic Monkeys through Chilli Pepper style Funk and Indie to full blown Pulled Apart By Horses Rock. I’m thinking that the fact that they can’t be labelled is a kind of category in itself. What’s important is that the crowd get it, you can feel the energy, a vibe that’s so powerful, so overwhelming that the whole place is completely on it. It’s loud, wild and exciting and despite the fact that most of the audience are hearing these songs for the first time, their reaction is testament to the strength of the material and the confident delivery.

Still early days but they show huge potential, Sam is a great songwriter with some musical influences that might surprise you: “What inspires me most is stuff like Hans Zimmer which is completely different to what we do. I listen to Parliament, Funk, George Clinton and all that kind of stuff as well. I like the band to have character, it doesn’t matter if you haven’t got the best guitar solo in the world as long as you’ve got character and engagement, quirky, comical and real. We launched a video today for Captive City and it’s absolutely mental.”
(Watch this below)

Sly Antics add to the groundswell of amazing talent oozing out of Manchester at the moment; they’re playing Stockport’s Blackthorn festival 22nd-24th July and headlining The Night and Day on September 3rd – I recommend you be there!

LTW: Why are you called the Sly Antics? Sam: “We wrote Break it Buy it and it sounded a bit sly and just suited the music.”