1983. The Smiths released their debut single Hand In Glove, Star Wars Return Of  The Jedi was released in the Cinema and Liverpool FC were the toast of the football world. How things have changed. In this same year in Manchester came the birth of a true gem in the ears of those in the northern quarters. The Waterfront. Now 30 years on it has been announced that they are to get their debut release for Record Store Day 2018.

The Waterfront featured some of the music heavyweights that would light up the Manchester music scene in the years to come and were at this time not fully aware what would come to fruition.

Lead singer Kaiser takes up the story: “I was brought up in north Manchester New Moston going to the local schools North Manchester boys but ended up at South Chadderston. I was never into music as a kid but one day I got listening to Anarchy In The UK and they blew my world right open.”

Drummer Chris Goodwin further explains: “I was living in Oldham and Mani (bass player) who was a very close mate lived down the road in Failsworth as did Kaiser the singer, another cool lad.”

Rythmn guitarist Andy Couzens: “John Squire (lead guitarist) and I had already been in / tried other bands together. The other 3 we had met in town. I think. This is a long time ago.”

Kaiser: “The rest of the lads had a punk upbringing with me and Mani regularly going to The Russell Club and later all of us getting into the scooter scene which got us going about town meeting up with lads on the other side of the city and meeting up with other similar minded people including John Squire. If I remember me and Mani had the idea of forming a band by this time Chris was only living up the road from us. We put the word out and were approached by the fantastically talented John Squire who bought Andy on board. And that was that, we were all good to go!”

Chris: “We used to get picked up for rehearsals in Andy Couzens’ big American car, he had a ’55 Chevy, bright red. He would drive all the way from Macclesfield to pick us up, then drive back to his house to rehearse, and then take us all home again around midnight. Then I had to be up for work at 4.00am as I was working in a bakery at the time. This was one of the reasons for leaving the band as I was totally knackered most days.”

Kaiser: “I wrote the track Normandy after a trip to France with some of the lads. At that time we were basically skint and were sneaking onto the ferrys then sleeping on the beaches, including the one where the D-Day landing had happened in the war and just thinking that thousands of men got killed and they would have been tired and wondering if they would make it back home. As for When The Wind Blows it was about a book John had been looking at, which was about nuclear war which he came up with at his house. The whistling was hard because we were having such a good time. It was really funny, There were other songs that we wrote at that time but I can’t remember much about them. After recording the songs they were sent out all over the place to different venues, clubs and studios who could try and get us on or a foot in the door but at that time bands were struggling to play and it was this that started the end of the band.” 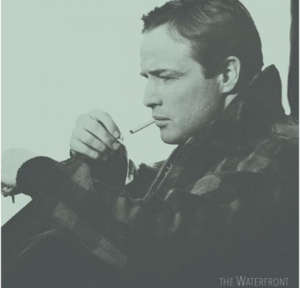 Chris: “The recording session for Normandy (On A Beach In) and When The Wind Blows was recorded in a small studio attached to someone’s house in Dukinfield near Ashton. We would be doing a take and the lad’s mum whose house it was would come walking in with a plate of Rich Tea biscuits !!! The crackling you can hear on the recording is probably us trying to eat biscuits…a hard thing to do whilst speeding your tits off I can tell you. For the track When The Wind Blows, we all had to stand round the mic to do the whistling bit, which took us forever because we couldn’t stop laughing at each other. Trying to whistle seriously was just so funny, and trying to whistle in tune too, we must have done 50 takes. One thing i did for Normandy was to play the drums stood up, and to play the drums with 2 bass drum beaters instead of drumsticks. I think I saw Moe Tucker playing the drums this style so was gonna give it a go. This was around the same time as Bobby Gillespie was doing the same with the Mary Chain, though not sure if I was before him !! It’s a fuckin’ belting song, Mani’s bass, Squire’s and Couzens’ guitars combining to make a lost classic. The Waterfront didn’t play any gigs whatsoever. We must have rehearsed a full set, but we were more occupied playing in Andy Couzens’ house, which included a full-size snooker table, a swimming pool, and a brand new gadget at the time which nobody had…a video player !!! We spent hours watching Woody Allen movies, getting stoned and not actually doing much playing !!”

Fast forward 30 years and Record Store Day have announced the official first release of The Waterfront tracks. I think it was through Andy Couzens sending me the original reel to reel tape of The Waterfront that it was then known the pristine recordings were in existence, of which I wrote about in this article that appeared on Louder Than War back in 2016. Since then the idea to release the tracks was discussed between the band and now it is ready to be released for a very special charity Christie. The largest cancer centre in Europe.

Kaiser: “It was a it of a shock to be asked if I minded if the songs could get released after all this time. But whe. I found out we don’t get any money for it but all the more years is going to Christie Cancer Charity I was over the moon. What a fantastic cause. Having lost both my parents and lots of friends to Cancer it was only right that we said yes.”