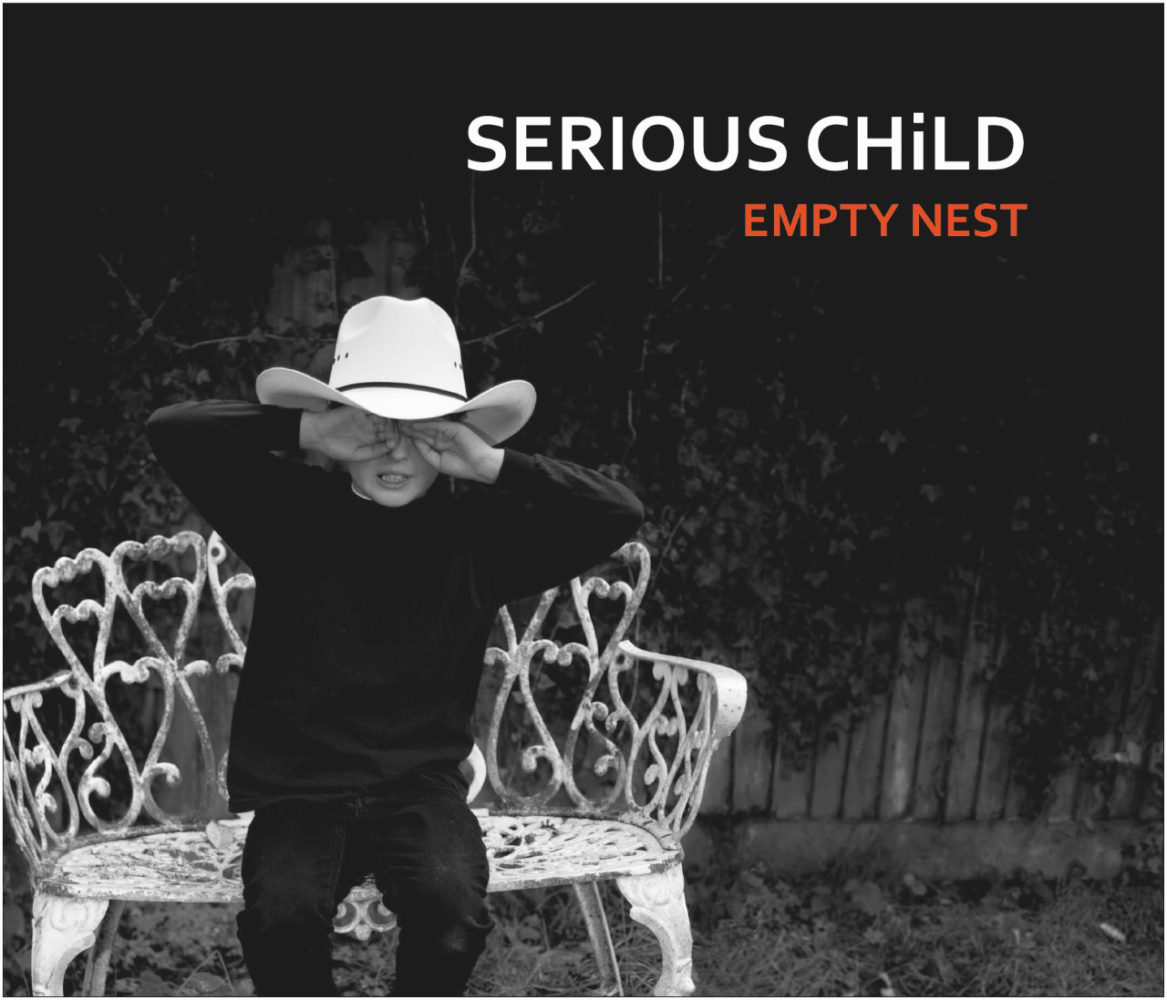 Debut album from Alan Young fronted band and mentored (amongst other things) by the ubiquitous Boo Hewerdine.

God moves in mysterious ways. The Serious Child story begins with the gifting of a place on a Boo Hewerdine workshop for songwriting virgin Alan Young – two workshops down the line and Boo himself has spotted the potential and offered to produce an album for a reluctant someone who’s never written a song before.

And so we turn for inspiration to a quote from a one act Samuel Beckett play – hardly a bucket of laughs himself – “Perhaps my best years are gone. When there was  a chance of happiness. But I wouldn’t  want them back. Not with the fire in me now.” Cue Serious Child.

Accompanied by Carla March and Steve Welch, Alan Young has crafted a set of songs that provide a narrative on the transitions between different stages of life. He’s probably seen a few and like Beckett’s words, has kept the fire burning. Mothers facing up to children leaving home, the constant battle to prove you’re not too old, family myths and rituals all come under scrutiny. A strong South West contingent provide musical support – Tanya Brittain, Jamie Francis and Evan Carson who all play in  The Changing Room while Chris Pepper drums and mixes but not at the same time. There’s also an appearance from John McCusker so no lightweights on this record.

From the Tex Mex influenced Blue Is Only A Colour to the fascinating country rock story of real life South London gangster Paul The Bag and onwards, the Serious Child songbook is enhanced by a veritable box of musical allsorts. Writing about what you know – including the first song he wrote, Three Hail Marys – seems to be a thread that runs through the record as Boo Hewerdine acts as overseer, guiding  the direction in his usual relaxed manner.

Reflective and pensive and rounded off by the rich Hawley style sentimentality of You Wear The Smile, Empty Nest brings some life and personal relevance to Beckett’s dryness.  Take the advice, “Don’t regret anything, regrets are for fools,” although the “you can build anything when you have the tools” might be a little clumsy, Boo Hewerdine has coaxed out a refined performance from his pupil.

The video for Time Keeps Rolling:

Here’s the link to the Serious Child Facebook page