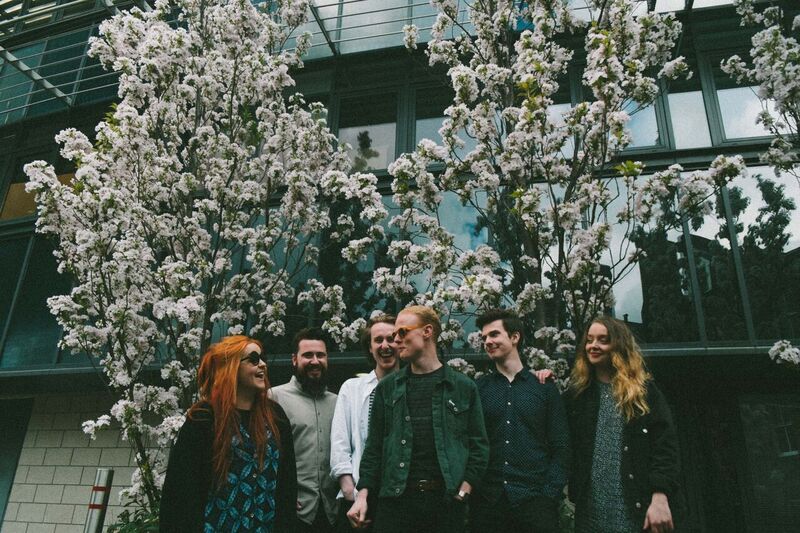 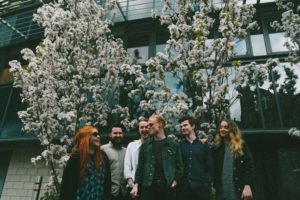 Leeds six-piece Talkboy have released their debut single Mother. The band have built up a buzz in the city with sets at Live At Leeds, Gold Sounds and a sold-out gig curated by BBC Intro’s Abbie McCarthy, all without yet releasing any music.

With a groundswell of support greeting their arrival on the Yorkshire music scene in late 2017, Leeds-based six-piece Talkboy share their eagerly anticipated debut offering Mother, more than living up to the hype. Combining their playful indie rock with captivating melodies and layers of vocal harmonies, Talkboy shift between euphoric walls of noise and intimately sweet sound scapes. They show a real glimpse of their unbridled potential in this first release.

Drawing immediate comparisons to the likes of The Big Moon, Alvvays and Arcade Fire, the sextet have already delivered stellar displays at Live At Leeds and Gold Sounds alongside a sold-out BBC Introducing showcase (curated by Abbie McCarthy) with more dates in the pipeline.

Produced by Alex Greaves (The Orielles, The Boxing, TRASH), Talkboy’s Mother was released on 27th June available on all digital platforms.

All words by Matt Mead. Further articles by Matt can be found at the Louder Than War archives pages.