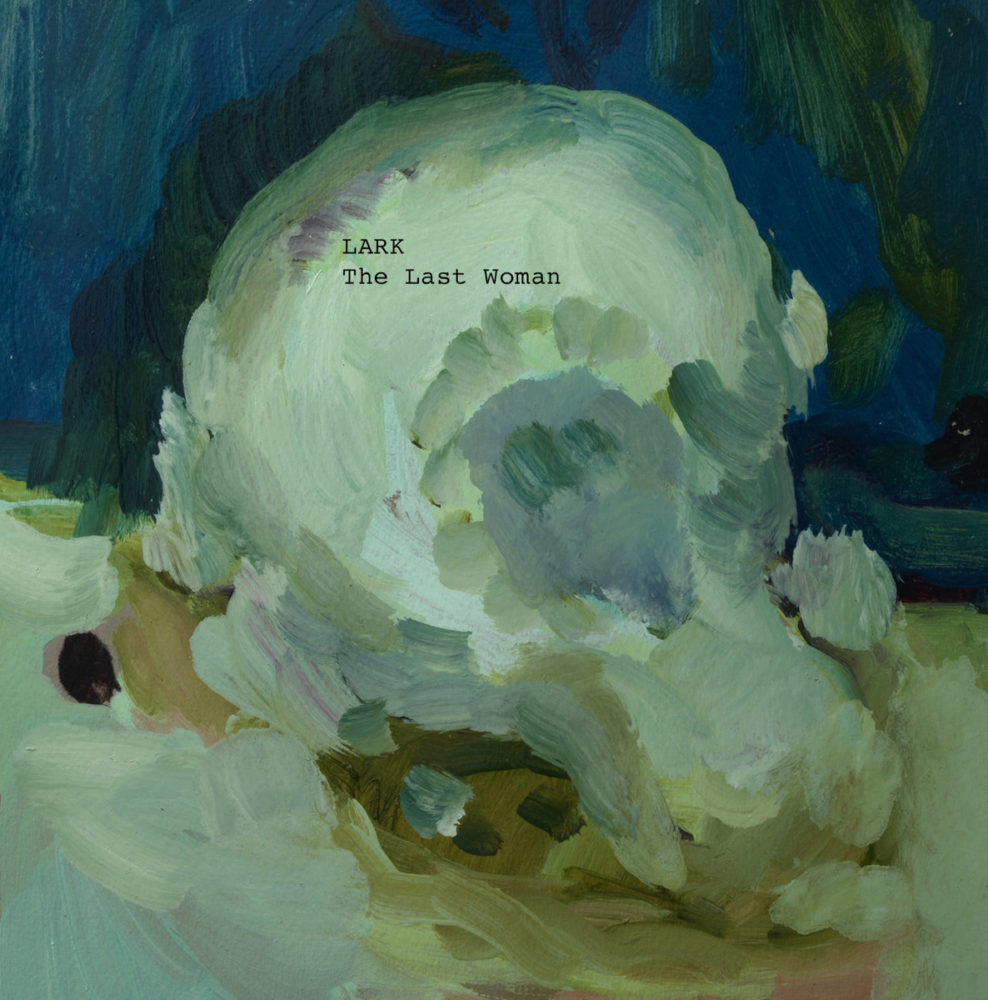 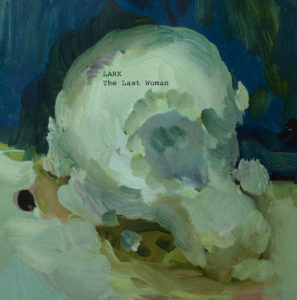 The quote at the foot of the album artwork probably sums up The Last Woman and Lark in general – languagefallpleasurewallcircusmokebeautyjoke – nonconformist and tied by no boundaries. We’ve reviewed the work of Karl Bielik several times and have become quite an admirer of his work, it’s darker than a blackbird’s retina and exhilarating to listen to.

With a smattering of additional musicians, Lark begins to form and the end results are often deep. There is a menacing sound to Lark, an almost industrial dissonance where sometimes improvisation enters the fray along with cutting basslines and anarchic arrangements. The Last Woman was written, played and mixed all at the same time which keeps a fresh and appealing feel, it makes for instant interest and almost gives the feeling of sitting in the same room as the performance.

Makes no mistake, Lark isn’t for the faint-hearted, this isn’t music for your Auntie’s 90th Birthday, this is music that will challenge everything you have heard before and you will be grateful for it. Bielik’s gritty, grungy vocals sometimes whisper and sometimes shout, what they do do is give a sense of threatening. There’s a foreboding sense of unpleasantness around the corner, a wrecking of convention and a disassembling of the past. Lark is an enigma.

As the album opens with Dowdy, a slow and plodding broodiness of gloom and disturbance, the scene is set. To begin an album with a track like this would normally command a certain amount of bravery but to Lark it is maybe a drop in the ocean. As the line “the first man, the first woman” drifts through the lazy, grungy guitars so the scene is set for a truly wonderful and riveting album.

Kneel And Serve is gentle too and a more subtle feeling album is maybe on the cards but once third track, John Berger’s Wild Shirt opens with its painful guitar, then the sonorous mood of the album is revealed. Bielik’s spoken vocals, rant and rage over a disjointed juggernaut of thrash and it is glorious.

You might hear hints of The Stranglers in here, The Fall too, definitely early Bowie, and the whole kit and caboodle is an eye-opener for the music recluses of this world. Way Out West acts as a sonic wilderness before the sprawling Nightclub drags its deathly feet from the darkness to the gloom and, Bleaching Out throws an automated piece of precision into the pot.

Ending with Mr Choo Choo, The Last Woman reminds us that there is still exciting and adventurous artists out there screaming to be heard. Lark is one such act that pushes the envelope wide open. Do yourself a favour.