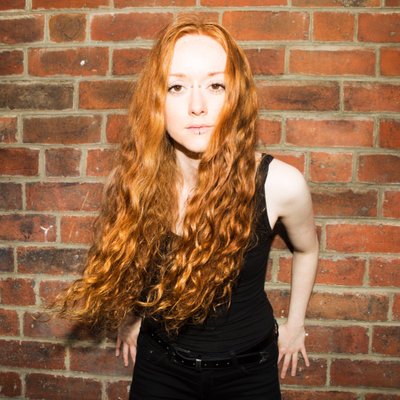 Just days before the release of her much anticipated debut album, Glaswegian singer/songwriter Rosie Bans has given us exclusive listens to three tracks from Identify Yourself due out this Friday, 27 October.

Crowdfunding for the album reached over 250% of its target within an incredibly short space of time and the artist we tipped for success back in 2014 with the release of her Be Bold EP finally comes up with the goods in the form of a very impressive collection.

Rosie was kind enough to give a few words on each song featured below:

Instincts
I wrote this song after getting dumped by a guy I was seeing. From the very start of the relationship my guts were telling me I was being strung along and it was going to end badly but I chose to ignore those red flags. So this songs is a reminder to listen to your instincts!

Home
I left Scotland on the 10th September 2010 and since that day I’ve missed her! Scotland is like a best pal in my mind. One I am madly in love with. So this is my love song to Scotland. (And a sort of apology for leaving, hoping she’ll take me back!)

It’s Been Nice
is about the time I spent living in Berlin and more specifically about the decision to leave it and move back home to Scotland. Berlin is an amazing city but it’s energy is just not for me. I took the long way round (moving my whole life there!) but in the end I learned more about myself that I ever would have staying put.

Identify Yourself can be pre-ordered here.