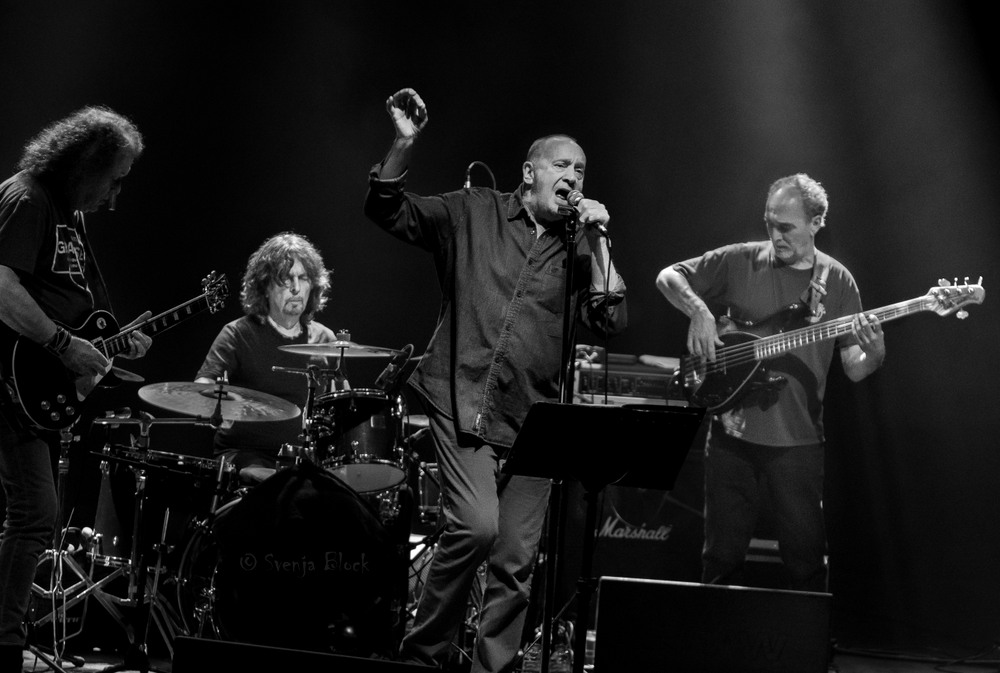 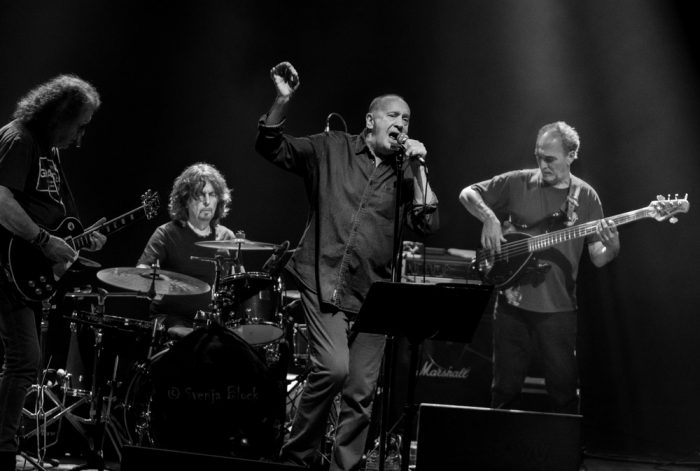 After putting Family to rest in 2016 with two great shows, Roger Chapman was back at Shepherd’s Bush Empire under the name “Roger Chapman: Family and Friends” with a show that promised to include tracks from all the stages of his career. Photos by Svenja Block and words by Craig Chaligne.

First on the bill (at the rather early time of ten past seven) was Edgar Broughton in solo acoustic mode offering songs and tales of life on the road with the wisdom of the one who has seen it all. Veteran folkies Strawbs (in their acoustic trio configuration) have just released an excellent new LP  and delivered a short and punchy set which ended with the catchy “Lay Down”. Summing half a century of music in a one hour and forty five minute set can be a tricky task but Chapman and his band succeeded with gusto (even if a couple of extra songs from the excellent Chappo LP would have been welcome). The presence of Poli Palmer who played vibes in Family from 1969 till 1972 was a clue that the band’s material would feature quite heavily in the setlist. When Family reformed in 2013, members of Roger Chapman’s solo band The Shortlist featured quite heavily in the line-up, so much so that tonight’s cast was basically the same as 2013’s Family reunion minus guitar player Jim Cregan and drummer Rob Townsend. 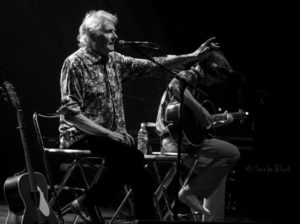 Starting the show with two great Chapman solo songs “Prisoner” and “Who Pulled The Night Down” (which featured some outstanding solo’s by Nick Payn (saxophone) and Geoff Whitehorn (guitar)), Chapman then moved to Family territory with “Hey Mr Policeman” from the band’s debut album “Music in a Doll’s House” and “Drowned in Wine” from 1970’s “A Song For Me”. We were then back into Chapman solo territory with two outstanding songs from his 1996 LP “Kiss My Soul”, first “Habits of a Lifetime” with some tasty harmonica parts by Payn and then the title track. Roger’s band really was on fire by that point with the rhythm section of John Lingwood and Gary Twigg grooving and swinging effortlessly while Paul Hirsh’s keyboard parts were immaculate. 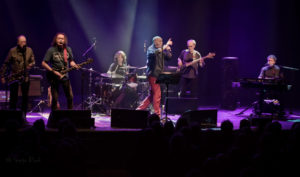 Family’s “Top Of The Hill” saw some excellent vibe playing by Palmer and proved to be one of the best tracks of the evening with its powerful coda. Chapman took the time to dedicate two songs to former guitar playing band mates: Bobby Tench before playing Streetwalkers’ “Run For Cover” and Charlie Whitney for Family’s “Gypsy Woman”. A trio of Family numbers closed the main set with an especially inspired version of “Weaver’s Answer” that saw Geoff Whitehorn (sporting a splendid “Welcome to Gravesend” T-Shirt) and Nick Payn trade solos.

After receiving a standing ovation they returned to the stage for an extended encore that started with “My Friend the Sun” which gave Roger the occasion to make fun of the audience’s singing. “Shadow on the Wall”, Roger’s major solo hit co-written with Mike Oldfield (“the song that paid for my house”) segued into a rap excerpt of “Toenail Draggin'” before turning into “Shortlist”, the Mickey Jupp song that Roger made his own. The band finally bid farewell after playing Family’s highest chart placing  “In My Own Time”.

~
For further info on Family you can check this website: www.familybandstand.com and Roger Chapman’s official website: www.chappo.com