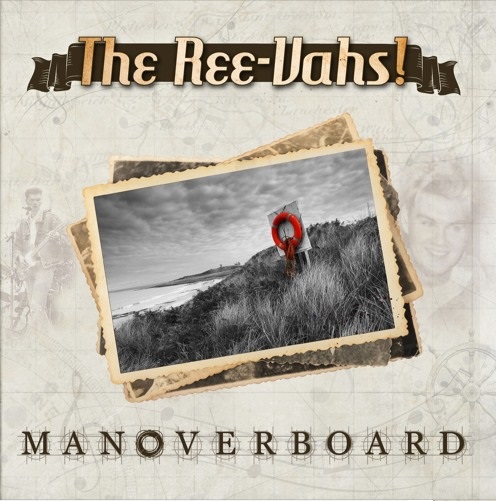 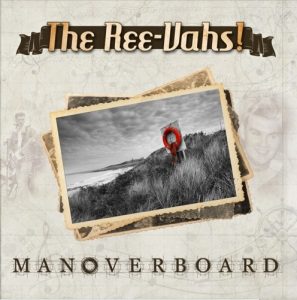 The title of the first two albums by The Ree-Vahs! will possibly give a hint to what to expect from Man Overboard – Geordieland (2014) and Yee Ha With The Ree-Vahs! (2016) were, not surprisingly, modern day folk albums sung in a Geordie accent by lead vocalist and songwriter Andy Lee. But, each album came with a twist as behind every beautifully and superbly played instrument was a tale of everyday life and association.

Man Overboard in many ways is no exception but the sentiment is far greater than ever before and one which no-one wold ever want to find themselves faced with. In May 2016, Paul Lee, brother of Andy, sadly took his own life at the age of 46. Days before, he and Andy had been rehearsing songs which would have formed part of this album. They had written and performed together for over thirty years. What is interesting about Man Overboard is that with the knowledge of Paul, each song can seem to reference him even when the intention maybe isn’t there.

This eight track album, weighing in at less than twenty seven minutes and performed by a total of twenty members from the borders of Durham and Northumberland gives as much social commentary as it tells about the loss of a brother and friend.

Opening with one of two versions of the title track, Man Overboard is a four-track home recording by Paul. It is eerie to say the least and sends shivers down the spine. His dulcet tones providing haunting words of a soul clearly tortured and struggling to stay together. What follows is a song that the brothers were working on three days before Paul’s death, Pack Your Bags tells of moving on in life and not clinging to the past. With added cello and fiddle, Andy’s vocals are heartfelt and genuine and, as his final vocal closes the song something else creeps into view – his quite superb vocal range and quality is something that is not to be underestimated at any point during the album.

Acoustic guitar by Ben Helm is the main instrumental feature of Stronger Than Me (Non-Binary), a song of bullying and non-conformity nestles next to an upbeat track about the love of music in Sing Our Songs In The Dark complete with trumpet accompaniment and a goose-bump inducing singalong finale if ever there was one.

Under The Wheels pays tribute to Paul’s life with words by Andy and Dan Kilford. It sympathetically takes inspiration from the things Paul lived through with the song title taken from a text message he sent to his brother shortly before his death. “Watching telly, eating ready meals, thinks no one knows how he feels; he fell of the wagon and under the wheels.”

Jigsaw sees a rockier approach with added bass and guitar and Go See describes a people watcher in a town square as fiddles and acoustic drums join the fray. Ending with a reprise of the title track in its full format, this album is special. Special not only because of its sad story but also because of its uplifting outlook and very special content. Paul would be very proud – rest in peace.