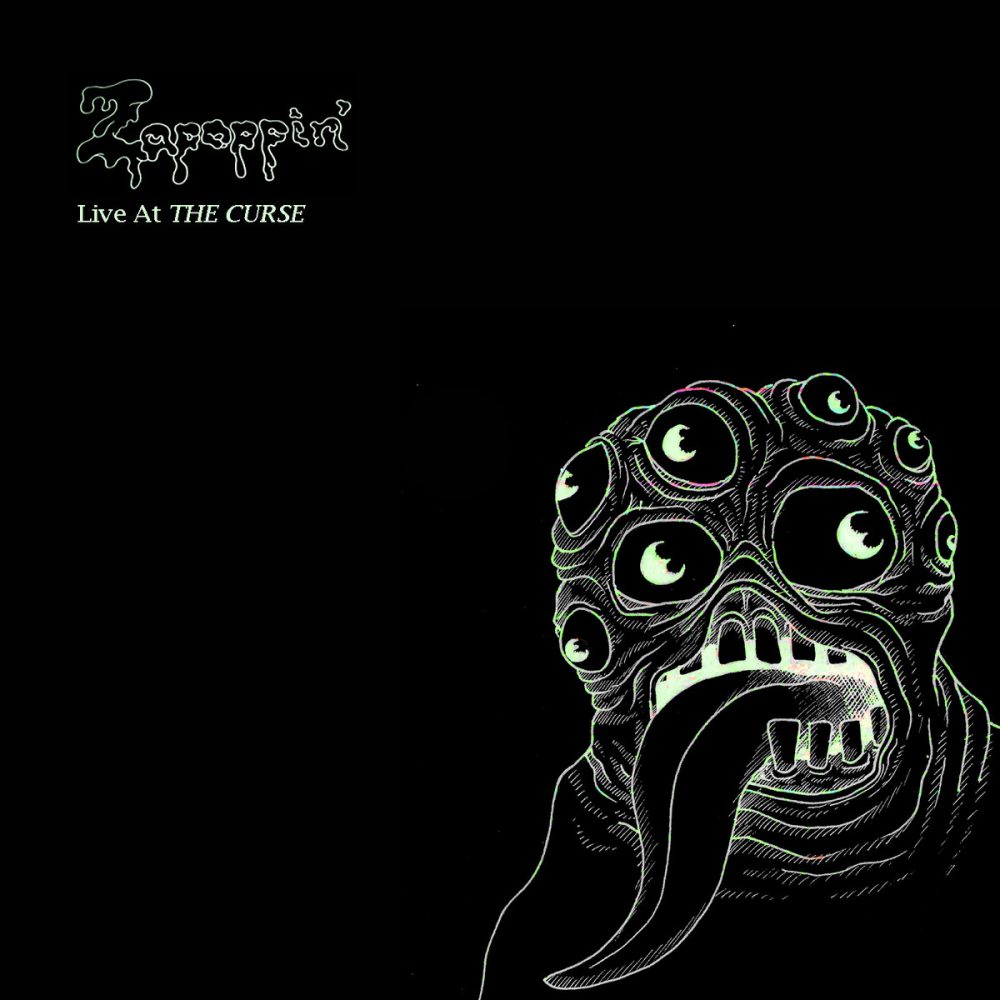 Live At The Curse

I have never set foot in The Curse, the Cornish venue, described in Zapoppin’s press release as part Batcave. Well, not physically. But during track three of the duo’s latest release, Live At The Curse, something grabbed hold of my pineal gland and transported me. Astrally.

I will never set foot in The Curse, the Cornish venue, described in Zapoppin’s press release as part Batcave. Well, not physically. In a range of important senses, The Curse does not exist. But right now, listening to Live At The Curse, I am there. Right. Now. Astrally.

In Plato’s cave, the poor subterraneans watched dark shadows of reality thrown onto the interior walls by the firelight and in their naivety, took them to be the real world. As soon as Luke Richards’ Hohner Symphonic 32 whirls and trembles into its undead existence, the flames start to flicker and the tin residue on those stone walls start to sparkle.

Thick layers of atmosphere are navigated by Richards’ nimble fingers and without bass accompaniment the percussion packs a rough punch like knuckles caught on a jagged tin of pilchards. While Richards is articulating themes, Collington is trying to crack a hole in the stage, in the wall, in reality. Here be craftsmen at work.

There is the manic insistence of The Cheapest Laugh and Look It Up in a Book and more reflective tracks such as Conveyor Belt of Love. Through the harsher, more reckless moments, you can see the Hohner shaking on the edge of the stage, see the drum kit shuffling towards oblivion: something is coming off.

I am not going to waste words with go-to comparisons and evident influences such as Manzarek, Nick Cave, early Fall or even the keyboard masterclass that is Candida Doyle’s input on Pulp’s neglected Intro. I won’t do that. The greatest common ground that Zapoppin share with such acts is their ability to transform the here and now mundanity of life into something transcendental and to pursue those transcendental dreams with a conviction and persistence that is celebrated in the music itself. The duo seem to revel in their underground alchemy and while listening to this deranged circus symphony, the audience do too.

Listen to No Questions from the album here:

You can find Zapoppin on Bandcamp here where you can also listen to a stream of Live At The Curse.  You can also find them on Facebook.