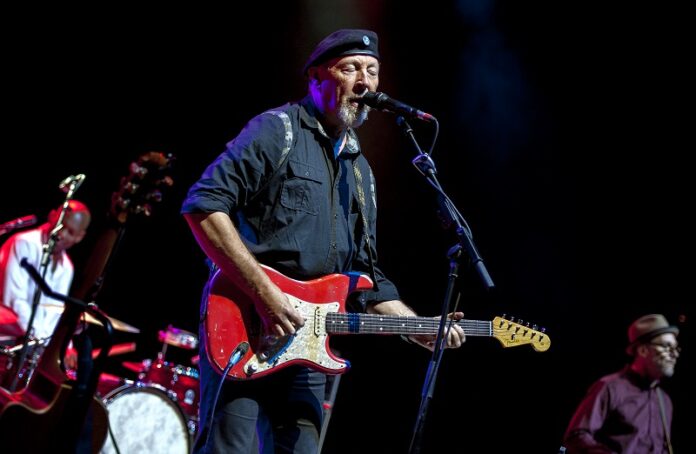 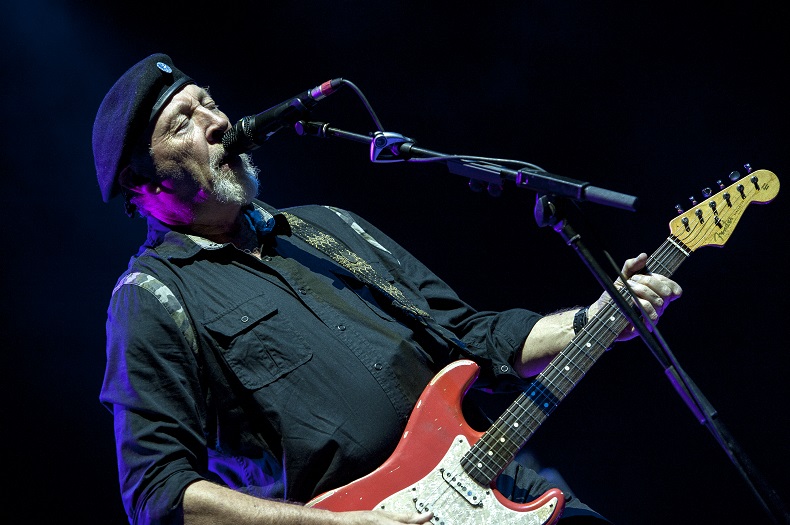 With his most recent album, this year’s ‘Still’, being heralded as one of his best, the iconic status of Richard Thompson continues to hold firm. After a year in which he went back to reimagining some of his songs in an acoustic format, he’s back on tour with his electric trio.

A week in which new political hopes were placed in Mr Corbyn and when new records or landmarks were set and the label of ‘greatness’ was being bandied about willy nilly, another lauded English hero could be found casually going about his business as he continues to do year on year. Occasionally you have to stop and remind yourself that up on stage is the man in black with the beret and easy manner who is considered one of England’s finest – up there with our longest serving monarch. And Wayne Rooney. Mr Corbyn might yet have to earn his stripes. 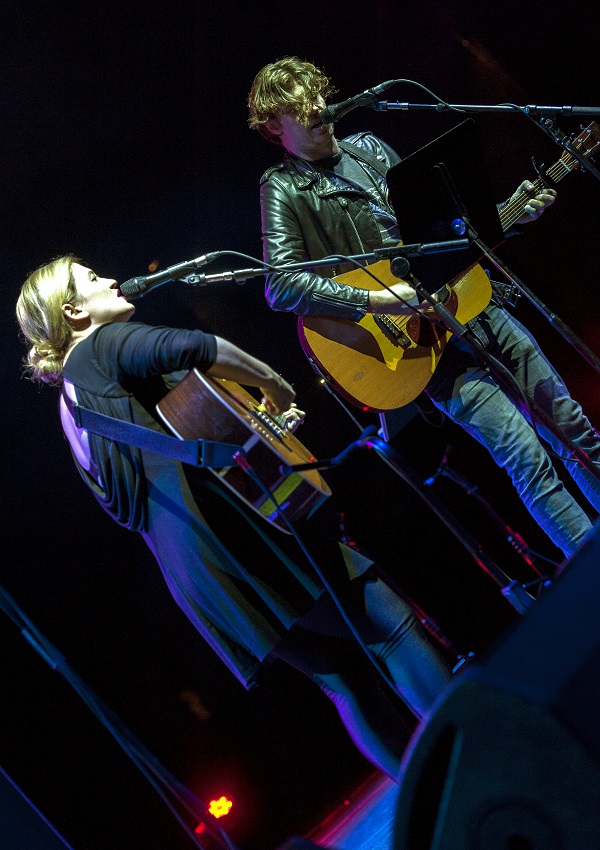 And as Mr Thompson himself observed, it’s nice to see nepotism alive and kicking in Salford on a Wednesday night. Well, if your band can’t get a support slot with your dad, then the world is a sadder place to be. Not that The Rails – Richard’s daughter Kami and husband James Walbourne – need any sort of hand up or hand out. As a band in their own right, they have enough clout to be an independent recording and gigging act, with their ‘Fair Warning’ album from which to choose along with previewing some new material, yet the pick of their brief set was ‘William Taylor’ –a stunning interpretation of traditional song and who knows how much the Thompson family genes have contributed to that particular skill.

Hanging around to kick off the main event with dad, the ‘acoustic’ trio knocked out ‘That’s Enough’ from the imaginatively titled Thompson ‘Family ‘ album, including a nice little cameo in the form a some guitar duelling between James and his father-in-law. Perhaps a daunting prospect of having to show your chops to your wife’s dad, but when he’s Richard Thompson, it’s got to take some balls to have a go at that.

With the usual Michael Jerome on drums and Davey Faragher joining on bass, Thompson’s electric trio are a team who can take the Thompson catalogue and jump from the sixties to seventies and right up to date – Fairport, Richard/Linda combo, electric and acoustic, you name it, the whole gamut of styles and songs were deftly delivered from the whole spectrum.

The first of the Richard & Linda Thompson of the evening tunes saw ‘For Shame Of Doing Wrong’ given the power trio treatment al la Cream, before an acoustic segment led into what many people believe he does best. A sublime little set with quite appropriately ‘Salford Sunday’ being eclipsed by a mighty ‘Meet On The Ledge’ from the Fairport days and of course the trickle of fleet fingered notes which accompanies the tale of ‘1952 Vincent Black Lightning’ is always going to be worth the ticket price alone. No matter how many times you hear it at Thompson gigs or even played even by any number of imitators, it never beats the feeling of hearing it played in the moment. It’s a moment of sheer genius, this outing including some note bending to add some variation in its intricacy and the way he rolls and rumbles that “give you my Vincent to rrrrrriiyyyddde” line with sheer relish. Crowd pleaser it may be, it might be his ‘Stairway’ yet it doesn’t quite seem to have become the proverbial millstone. 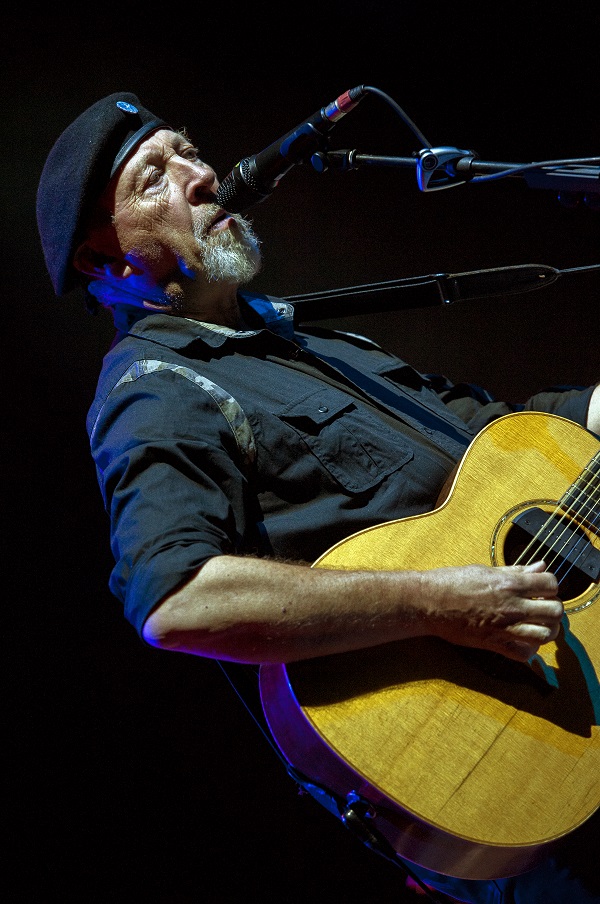 From there, it was a guitar masterclass – on to the acoustic band shuffle of ‘Beatnik Walking’ and then calling up his guitar tech to add his chops to ‘Guitar Heroes’, while Thompson took delight in running through all his early musical influences which have shaped his own individual style, the only thing missing being the Hank Marvin walk as he runs through a Shadows pastiche. And how apt it is that Thompson himself has now become one himself and is the epitome of the line “I still don’t know how my heroes did it.” With ‘Al Bowlly’s In Heaven’ add some lounge jazz to the list and the next Richard/Linda highlight in ‘Wall Of Death’ – maybe not a major song but simply just good fun.

The famous red strat might be looking a bit faded now and there may still be an element of being part of the underground (…Richard who?) yet with a dedicated and knowledgeable following and a deservedly earned reputation of maestro. Richard Thompson remains true to the label of being, like Liz and Wayne, one of England’s heroes.

All words and live photography by Mike Ainscoe. You can find more of Mike’s writing on Louder Than War at his author’s archive and his website is www.michaelainscoephotography.co.uk