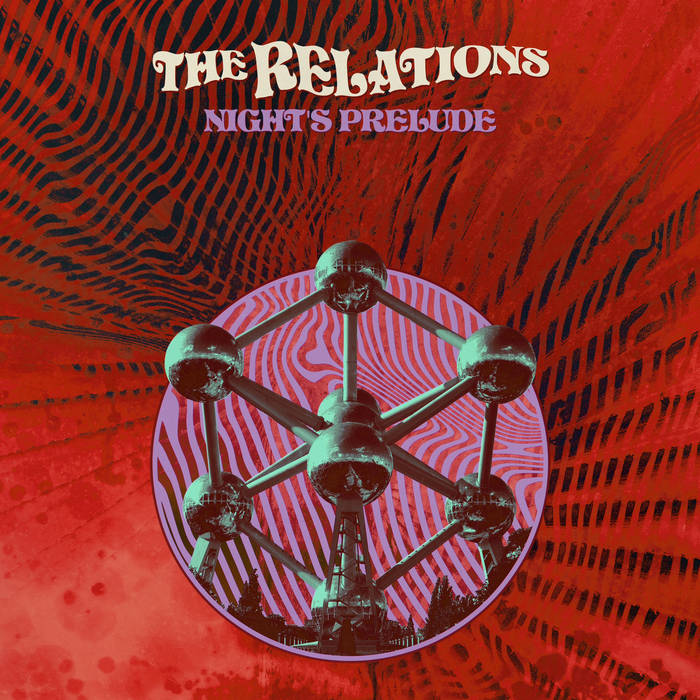 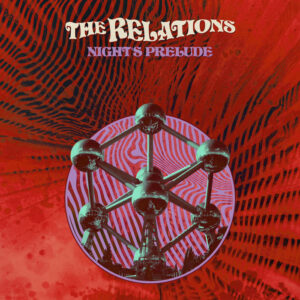 Neil Hale (Correlations) returns with a new project this time with the help of a group of like-minded individuals. Night’s Prelude is a new direction for Hale and one that is worthy of further exploration. Simon Tucker reviews.

The Relations is the name given to this, the new project by Neil Hale, thanks to him enlisting the minds and hearts of a varied group of collaborators (Stuart Cullen (aka Pilote), Tim Young of M3ON, Simon James of Black Channels, The Simonsound and Akiha Den Den; Pablo Clements of Toydrum and Psychonauts; vocalists Kate Kelly, Rebekah Lord and Penny Ashby; plus saxophonist Kenny E). Inspired by the Atomium building in Brussels and 1970’s crime thriller soundtracks,  Night’s Prelude is both the prequel and final installment in Neil’s Night Acquisitions series.

This collaborative spirit has infused Night’s Prelude with a myriad of sonic swerves and ticks and has helped take Hale’s already impressive sound in a new and intriguing direction. Driven by motorik grooves and the psych-pop stylings of Broadcast, Night’s Prelude is a noir trip that is full of light and shade. Pop music with an undercurrent of gothic beauty. Tracks like the finger snapping hip swinging Tripping With The Dancer and the off-kilter ambience  of While You Sleep invoke a feeling that we are in the world of cinema and soundtracks albeit one that has yet to be created. The film that never was..

The Relations influences are a broad church but one of the strongest is that of the aforementioned motorik and it is particularly pleasing to hear and see the influence of Beak> starting to emerge on artists like on opener She Only Wanted To Be With You and The Bloody Tower. What Hale and his compatriots do very well is take that influence and mold it into a new form that is their own. Driving and layered these songs are the pulsating heart of the album.

Scattered throughout Night’s Prelude are cosmic pop gems that tap into a mythical past. The beauty of songs like All Things Must Pass And It’s Alright, Tree of Joy and the wonderful and evocative closer Fading Into Darkness (Night Acquisitions) help give the album a romantic edge. It’s a romance that is real because it carries various strands of human emotion flipping between serenity and unease, heartbreak and longing. These songs sound like they have been recently unearthed by anthropologists searching for lost folk song traditions in the Celtic heartlands.

Night’s Prelude is a lovely listen. It is romantic and hypnotic. The Relations sound strikes a beautiful balance between the experimental and the mainstream. This is pop music that feels new yet familiar and even though Hale has stated that this is the end of his Night Acquisitions series it would be a shame if this was the last we hear of The Relations as what you hear here is the sound of a band creating a debut album that displays all of the various members’ artistry but leaves you intrigued with where this sound could develop in to and what a second and third album would sound like. Hopefully this is the first step in a long and interesting journey…