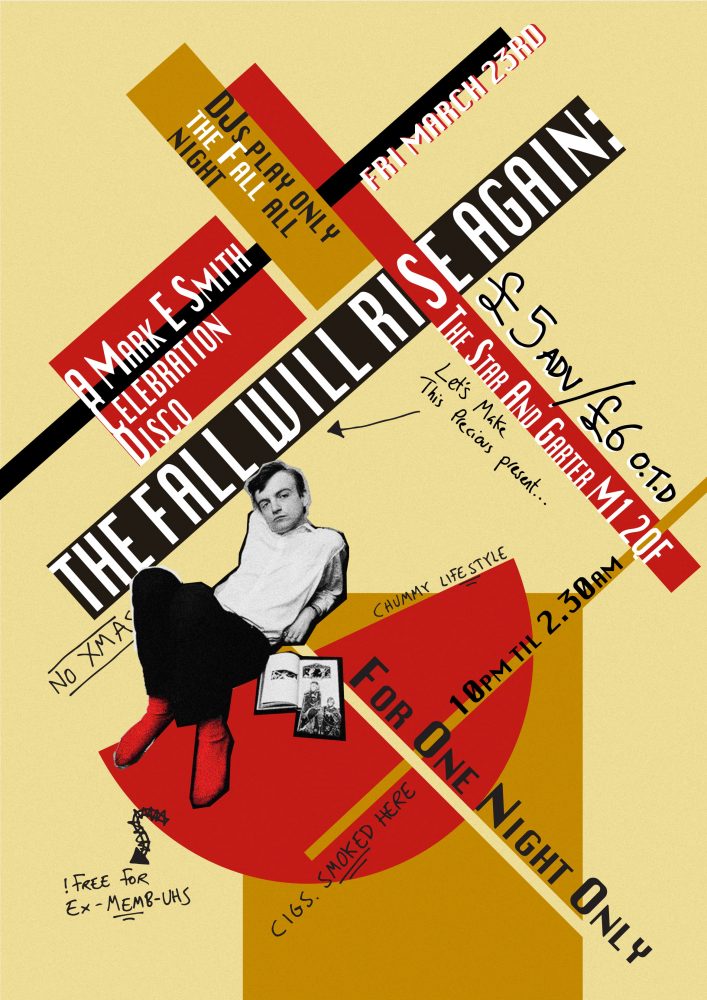 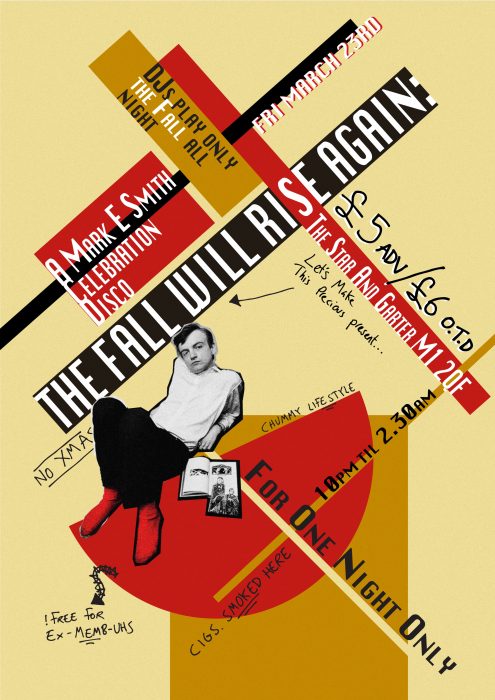 For one night only – on Friday 23rd March – Manchester club night Let’s Make This Precious will be hosting a special club night tribute to the singular vision of Mark E Smith (1957-2018) and playing only the music of the Fall across a whole night. There have been similar nights in London and Yorkshire since Smith’s sad passing, this is the first and only one in Manchester so far.

All Fall, all night – turning the Star and Garter (home of the long-running Smiths Disco) into a psykick dancehall playing tracks from the forty years long rebellious jukebox. It’s £5 advance entry (Skiddle on sale NOW, Dice TBC), and £6 on the door.

DJs for the night will be Let’s Make This Precious club night’s resident Fall heads Fergal Kinney (Louder Than War’s own – you can read his interview from 2017 with Mark E Smith here) and Daniel Cooke. Manchester was source of inspiration (positive and negative) for Smith, who consistently defied the clichés that surround the city – we can’t wait to pay tribute to him in this city.