Home Music Bands Watch This! Sunstack Jones – Without Being Told 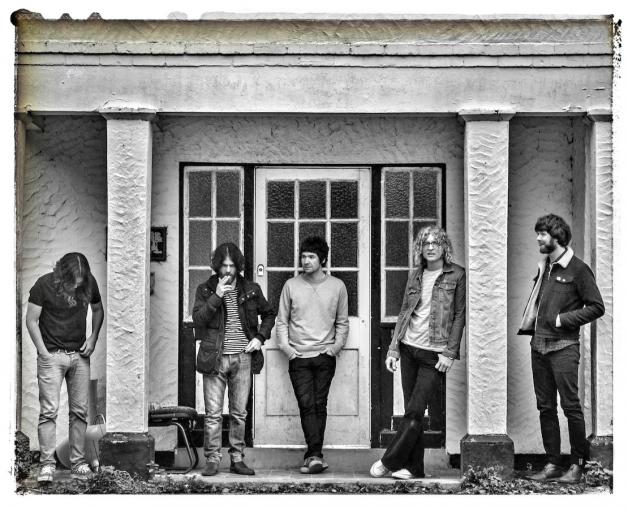 Liverpool’s Sunstack Jones premier their video to new single Without Being Told on Louder Than War – check it out below.

SUNSTACK JONES, are a Liverpool collective with a breezy summer sound. God knows we need something to break the back of this never-ending winter, especially as ‘Beast From The East 2’ threatens the stuttering start to the Spring!

The band are a loose collective signed to iconic Liverpool label Deltasonic, home to The Vryll Society and Psycho Comedy. Whereas those band are steeped in prog and garage Sunstack Jones offer up a lighter, more blissed out sound reminiscent of early Stone Roses, Nick Drake and The Beachwood Sparks.

Their mission to spread a little of what Captain Beefheart would call “that old-time religion”, immersive music which transports you into a state of euphoria with billowing soundscapes to soothe the soul. The band’s dream-pop sound caught the attention of Nick McCabe,  Richard Ashcroft’s old bandmate from The Verve. He has mastered their third album and brought a shimmering gloss of extra magic to the mixes.

The album is set to be released July 2018 via Deltasonic Records so what can you expect? Echo-laden vocals, chiming guitars and sun-warped melodies, evocative of panoramic images of hazy sunsets and the introspective moments inbetween. Sunstack Jones will continue to craft dreamy gems: “We’ve got a point to prove. People just need to hear our music.”