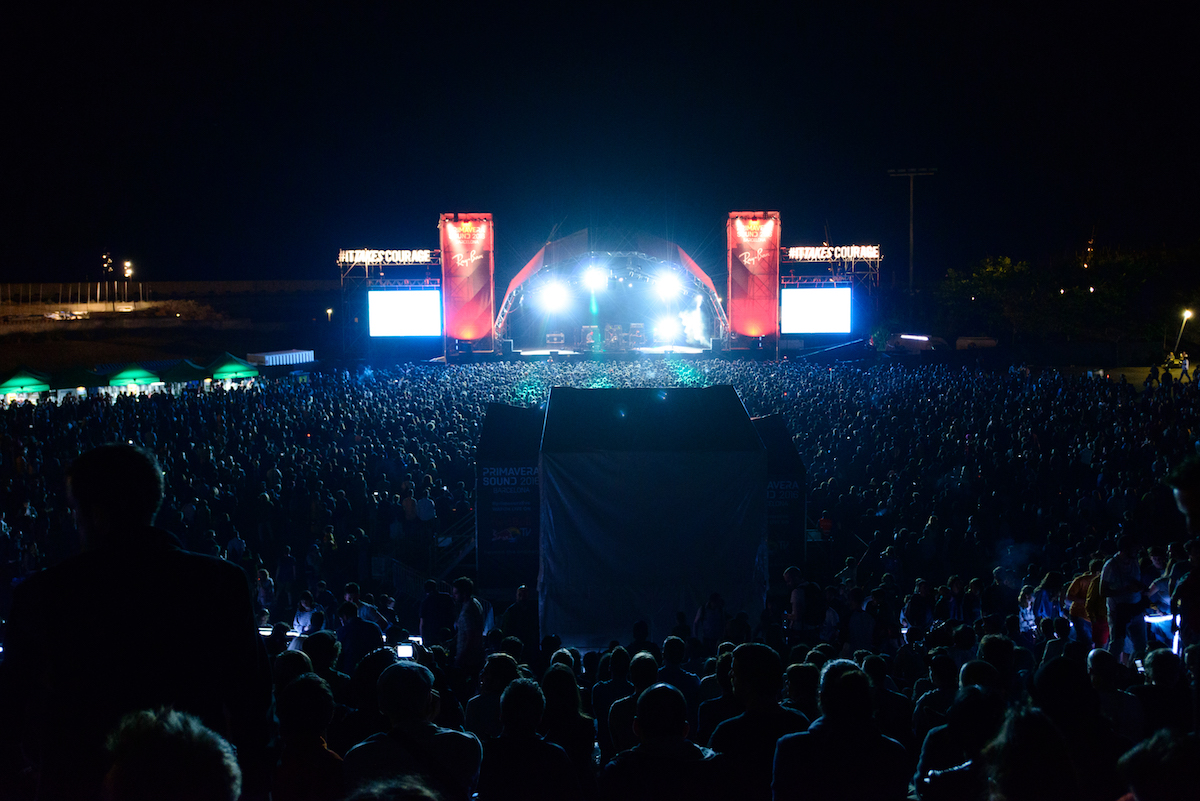 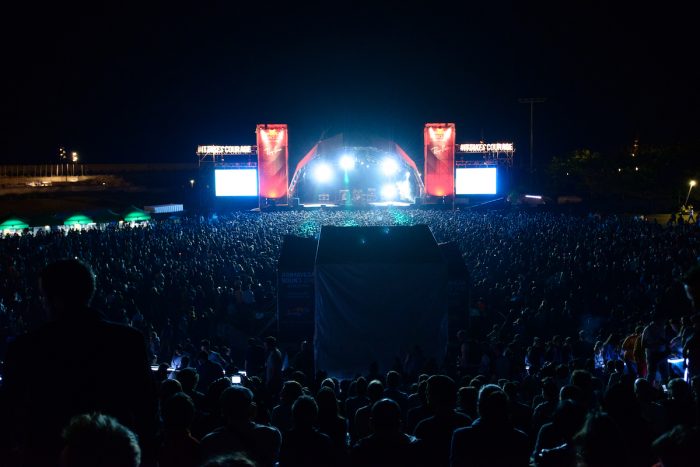 A fun packed first day with endless highlights, truly proving why Primavera Sound has one of the best line ups around.

After an exceptional opening day, yesterday saw Primavera Sound with its first full day of proceedings, with a line up so stacked there were bound to be a number of heart-breaking clashes. However, we find ourselves in yet another new area early on, this year Primavera Sound have introduced a beach club where the majority of its electronic acts will play this year. Its perfect for a mid-afternoon chill out as Erol Alkan plays some of the finest house around, soundtracking many revellers’ perfect start to the festival.

As the main gates to the festival open we find ourselves at another new area, this time it’s the Firestone stage which is set to host three special performances across the festival. Tonight’s was the incomparable Beach Slang. In spite of sound issues, which are out of their control they set our day off to a raucous pace, front man James Alex is on top form as he thrills a packed crowd with his usual flare. This is only a short set though as the band are set to play a full set late on at the festival, but still a perfect way to kick start the day. 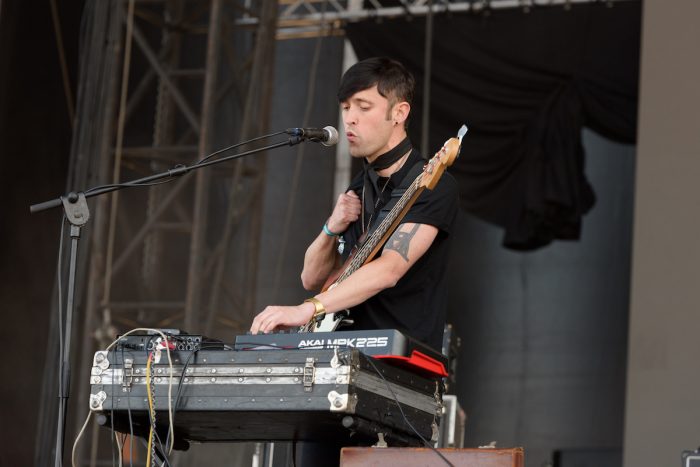 It falls to Algiers to open one of the largest stages at the festival, with a blusterous start they quickly draw a huge crowd. Front man Franklin James Fisher is a true tour de force, his performance oozing passion, their primitive sound is raw and exciting. Their supercharged set has a real groove to it, whilst retaining some experimental traits as many tracks are laden with intriguing synth hooks. Algiers truly stand out with this completely individual sound that well and truly sets them apart.

Algiers label mates Car Seat Headrest are next up for us, there is a huge buzz around Will Toledo and his band. Now with two proper albums on Matador, its going from strength to strength for the former bedroom artist. Today though the opening of his set falls particularly flat, his monotonous tone offering very little for us to get excited about, its not until his band join him on stage that he starts to hit his stride even then its reserved at best. Fill In The Blank makes an early appearance which seems to lift our spirits but it seems to be meagre compensation for what we anticipated would be one of the sets of the day. 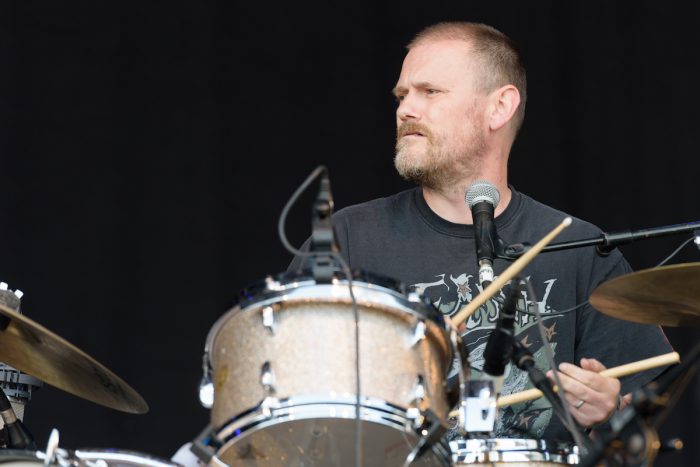 We opt instead to check out Bristol’s almighty BEAK>, who lifted spirits almost instantaneously with their driving Krautrock and cynical banter providing the perfect early evening set. With the attitude that if you may have heard it before they weren’t going to play it, it made for an interesting set. Nonetheless they play one of the finest sets of the day from the chilled out stylings of Eggdog to the driving and snarling bass of Wulfstan.

By this point in the day everywhere you look there is a potential clash as Destroyer took to the stage at a similar time to cosmic jazz pioneer Kamasi Washington. Opting for the path of least resistance we find ourselves in the company of Destroyer, his delicate set is delivered with such passion and ease. The music never reaching more than a canter but its his harsh words that are the true stars of the show. Swaggering around the stage, his mic stand acting as a crutch as he delivers these harsh ballads, with tracks from Poison Season in particular truly coming into their own this evening. 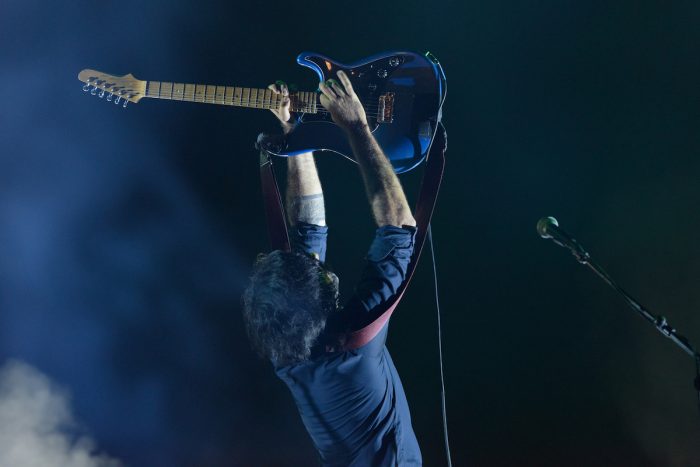 Explosions In The Sky on the other hand are anything but delicate this evening, with a thunderous opening they hit their stride quickly with an exceptional rendition of The Birth And Death Of The Day, which has this seething throng of people overwhelmed with excitement. This setting the benchmark for the rest of their set as they deliver blow after blow of post rock perfection, new album The Wilderness was at the forefront of the bands set though, with Colors In Space and Disintegration Anxiety being particular highlights. Its also all to often that bands like Explosions In The Sky are unable to show off their true potential in an outdoor arena, but tonight they seem to have no such issue as their soaring soundscapes tare through the festival site.

The breadth and diversity of this years Primavera line up is beyond exceptional, as we go from Explosions In The Sky to a legend of both music and film. John Carpenter only made his live debut very recently at the tender age of 67, he’s given a rapturous reception as he takes to the stage. Before taking everyone on a journey through past and present with his soundtracks mixed with tracks from Lost Themes and Lost Themes 2, opening up with the main titles from Escape From New York Carpenter is in exceptional form. 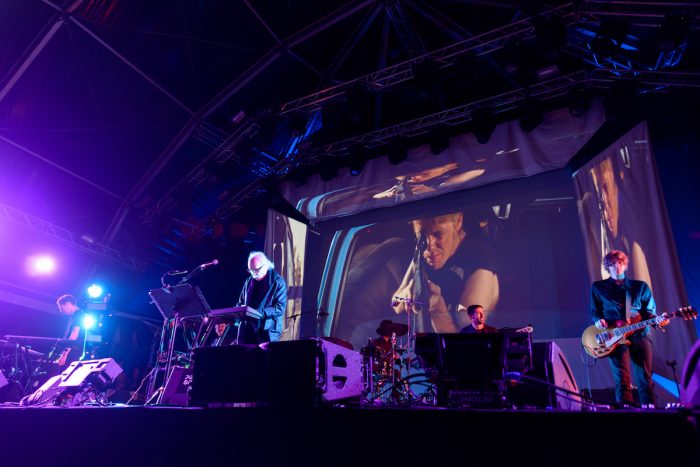 He dances along and his endearing banter between songs, making it difficult for you not to be completely in awe of the great man. With the main titles from a number of his classic films getting an airing, The Fog, They Live and Halloween all go down exceptionally well. Although Virtual Survivor and Vortex stand out from his newer ‘non-film’ material as particular highlights. John Carpenter truly steals the show, with his genial manner, his plethora of instantly recognisable scores and his incredible stage setup.

Following on from Carpenter was LCD Soundsystem’s second set of the week, kicking off in a similar fashion to the other night with Us V Them, the disco ball assuming its rightful place in the centre of the stage as they set about thrilling this expectant crowd. With the crowd stretching further than the eye can see, it’s a hit laden set Daft Punk Is Playing At My House, Losing My Edge, Tribulations and Yeah all playing their part. The bands boundless energy rubbing off on this huge crowd as they all pogo along with wild abandon. 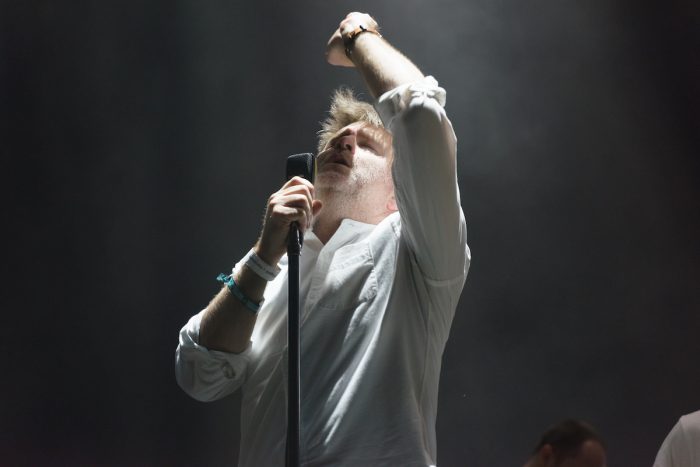 LCD Soundsystem really are on top form with James Murphy in particularly high spirits, as he apologises for being so far away from the crowd. Overall its an epic set that proves why they’re this years comeback kings.

As if all of this wasn’t already enough, Battles are still to take to the stage, with the awesome La Di Da Di now out their for all to hear they arrive on a high to a packed audience even at 3:00am. They provide a raucous end to the day, in spite of all of their electronic trickery there is still something terrifically primal about John Stanier’s drumming. With the likes of Ice Cream featuring early on it really gets the crowd excited, their intricate loops and riffs all combining in a see of groovy noise it makes it the perfect way to close out day one.