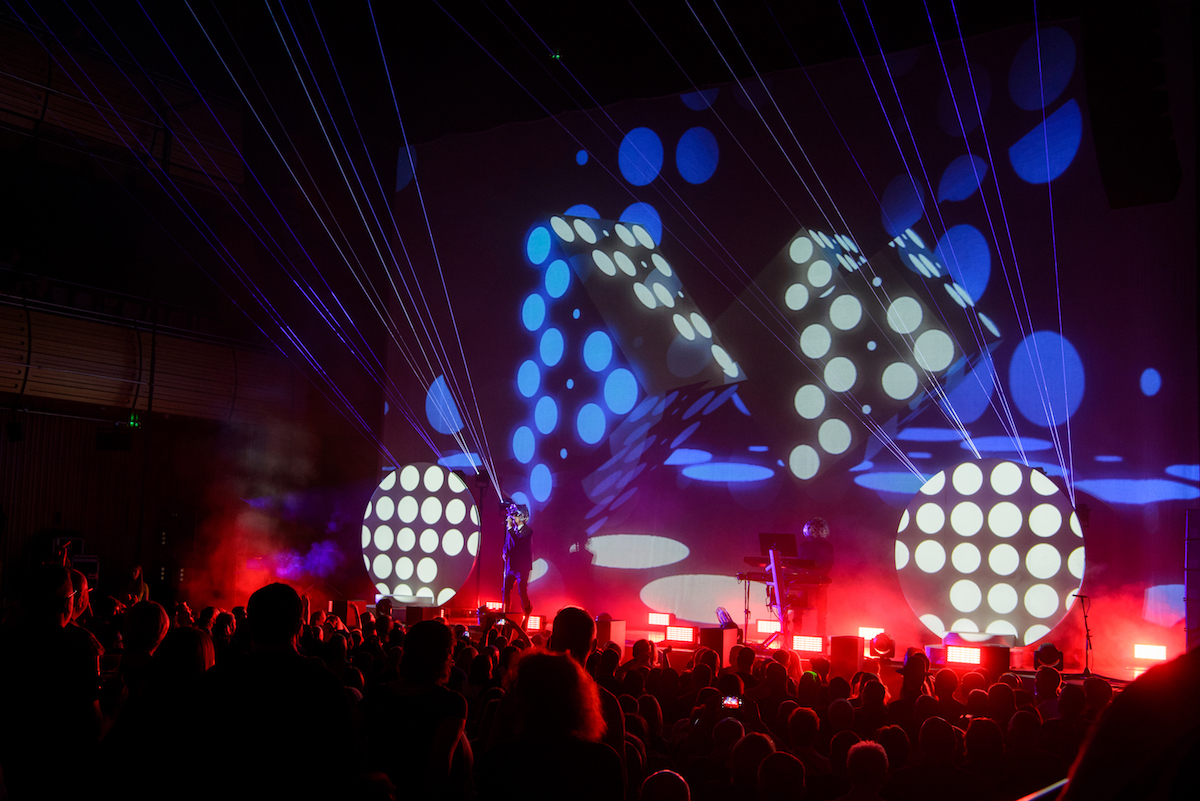 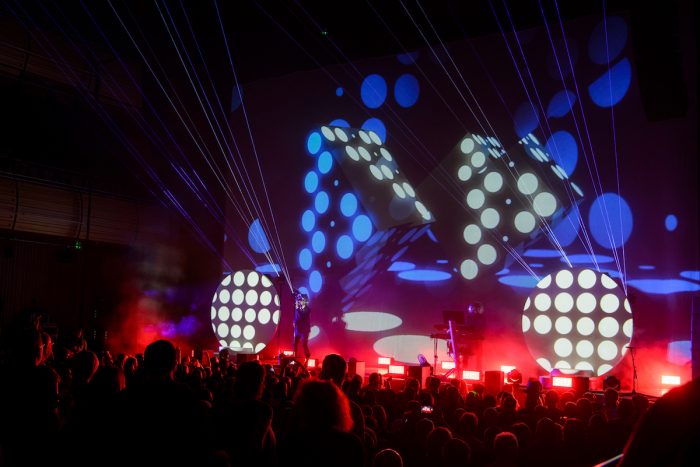 A rousing set from the iconic Pet Shop Boys, with a career spanning set they set Gateshead alight tonight as part of their Super Tour!

The Pet Shop Boys Super tour finally arrives in Gateshead for two headline shows at the Sage Gateshead, with Neil Tennant hailing from North Shields just over the other side of the river these are very much hometown shows for the band. With the main hall packed to the rafters, there are people as far as the eye can see, as the duo take to the stage on the second of their two nights at the Sage they’re greeted by a gargantuan reception from their adoring fans.

Opening with Inner Sanctum from Super it kicks proceedings off to a vibrant start, before the duo play an emphatic rendition of Opportunities (Let’s Make Lots Of Money). Tennant’s enthusiastic stage presence is equalled by the fervour of the crowd many of whom are already on their feet. As the curtain drops the rest of the band are revealed adding an extra dimension to this already vivid set.

There is a plethora of tracks from across the duos career on display tonight, the likes of Love Is A Bourgeois Construct and New York City Boy providing early opportunities for this crowd to exercise their dancing shows. It isn’t all upbeat disco fever though with Love Comes Quickly assisting in mellowing out their set somewhat, its production is no less grandiose.

The production for tonight’s show is absolutely impeccable huge all encompassing visuals, endless lasers and a variety of balloons all contribute to this spectacular stage set. However, it is their brilliant back catalogue that continues to shine throughout with West End Girls causing Tennant to not even feel the need to sing half of the worlds as this packed crowd truly overpower him.

The latter part of their set is filled with old favourites, a couple of which have been re-vamped and truly sound incredible. Both Left To My Own Devices and Go West benefit from new found vigour, they top off this ecstatic set in style tonight it’s almost impossible to fault the pair. They then return to the stage for one final hurrah with Domino Dancing leading the charge.

Followed by a deafening version of Always On My Mind which can surely be heard for miles around, before finishing on a reprisal of new track The Pop Kids. Tonight the Pet Shop Boys put on a show which was absolutely out of this world, every song appearing to stand the test of time, with Neil Tennant still as vibrant and as passionate as ever. All whilst Chris Lowe continues to take care of the exceptionally polished beats.