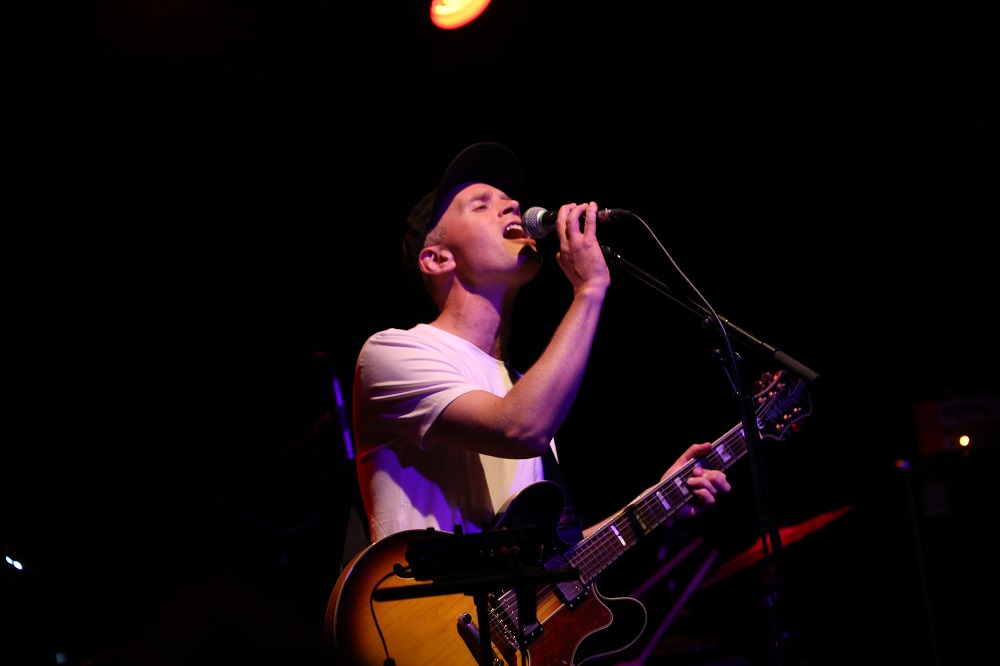 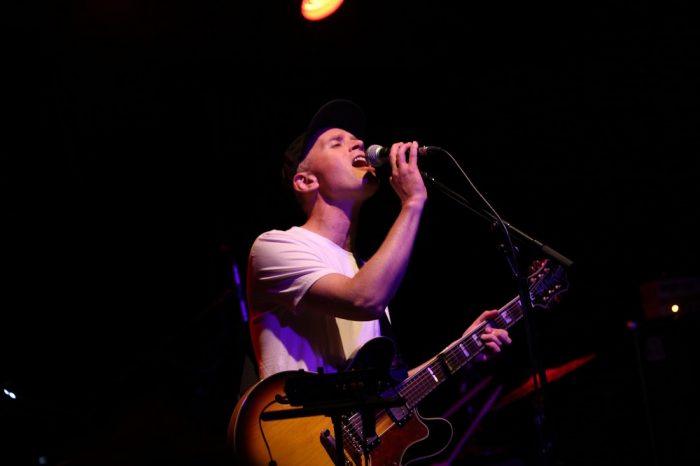 Imagine if Stuart Murdoch had been born in Sweden and you have a sense of the fey outsider territory that Jens Lekman is working in – albeit with a definite Scandinavian sensibility.

Lekman has a dry and knowing tone to his music which is presented both as an acoustic solo performer and with a funky all Swedish hand who smile pretty much through the whole show as they are enjoying these songs just as much as we are.

He kicks off with a solo acoustic version of And I Remember Every Kiss about his first snog at age 19 showcasing his gift for biographical songwriting, and the fact he is a superb guitarist, which is especially impressive when you consider he didn’t start playing until he was 14.

The acoustic stuff is great but when the all-female band join him then the pop fun really starts as they lay down a funky base for Lekman to go off at tangents telling stories about how the songs came to be. I Know What Love Isn’t bops along beautifully as Lekman pretends to be cynical about that most powerful of emotions.

Hotwire The Ferris Wheel – from his splendid new album Life Will See You Now – is about the night Lekman was strolling around with his mate who challenged him to illegally start up the wheel. Originally recorded with Tracey Thorn the solo version was just as much fun.
As Lekman rightly points it is hard these days for musicians to make a living which made Wedding in Finistere about his sideline as a wedding signer all the more bittersweet.

The highlight of the night was the hilarious A Postcard To Nina about the night Lekman was forced to be a beard for his German lesbian friend who told her dad the hapless Swede was her boyfriend so she could stay with her girlfriend. It’s a slightly sad story, but full of the wry humanity that makes Lekman such a likeable guy.

Black Cab from his debut EP, which made his name back home, prompts a low key sing-along from the Lekman faithful and is utterly beguiling.To Know Your Mission recalls a meeting a Mormon missionary twenty years to this very day and including a witty spoken intro about his visit to the US consulate where the Coke machine apparently only takes dollars much to the chagrin of Swedish students. It was that sort of gig.

He ends as he started with an acoustic version of Pocketful of Love encouraging the faithful to sing along in an astonishingly tuneful counterpoint to Lekman. Without any doubt the most honest emotional communion between an act and their fans ever seen in this club.
It is easy to forget that back home Lekman is a regular in their Top 10 album charts so it was surprising when he muses that he only expected 10 or 20 people to turn up for this gig. I’m not doubting his humility, but a talented cult artist like Lekman will always attract a hardcore following who fancy a bit of witty pop music.