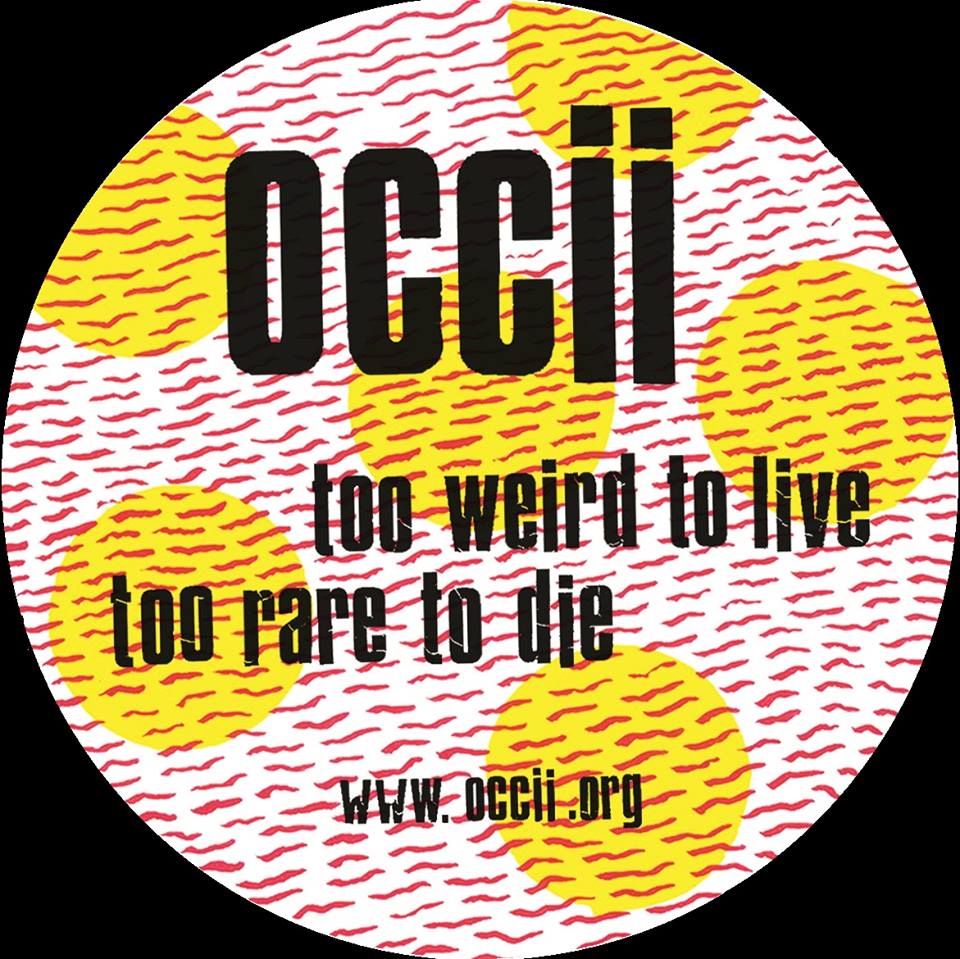 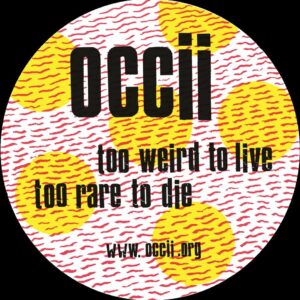 Ah, OCCII, last bastion of all that is wild and wonderful in Amsterdam. Sadly the city used to have a lot more places like this redoubtable club, which recently celebrated a quarter century of kicking against the pricks. All the more reason to patronise the place, in my humble opinion.

One thing becomes clear on repeated listening, especially for those who know this dark, beautiful, committed old club. This record is a true document of the space, the sort of thing future astronauts from another galaxy would find in a time capsule; a document of previous lifeforms, deposited carefully in the rubble of the city. Or – given it’s Amsterdam – bemused property developers rocking that strange, very Randstad combination of blue grey suits and brown brogues, finding it behind a wall they want to knock through for a flat extension.

It’s a representative record then, of the gloaming. You can taste OCCII’s musty, C19th smell seeping through the pores of the closing (and brilliant) Rooie Waas track, ‘Elke Dag’. The venue groans and creaks laong to the psychodrama conjured up by the electropunk trio. We also get the club’s resolute internationalist spirit reflected in the opening salvo; recorded at RPM studios just around the corner from the club. Afework Nigussie and Ex singer Arnold de Boer’s soulful take on Leadbelly’s ‘Bourgeois Blues’, Les Filles de Illighadad’s fabulous melismatic mantra, ‘Inssegh Inssegh’, and the magisterial soft pedal of King Ayisoba’s ‘Ndeema’ reveal themselves ase gems on repeated listening. Maybe it’s a low key start in a documenting a “punk club” [sic] but the spirit in the recordings is OCCII’s dna.

We also get the straightforward commitment to out-there experimental music and noise with a bruising track from Poland’s KURWS, and a fabulous exploration by Cinema Soloriens (featuring Marshall Allen); ‘The Man Who Married The Moon’. Which is, effectively, MC5’s ‘Starship’, C21st style. Enjoyable also is the loon who screeches affirmatively when Drop Dead’s singer tells the audience to get on down and rebel. We can also revel in a true Rotterdamse-Amsterdamse-Freundschaft moment; the live recording of two Rondo’s tracks with Roffa punk legend Jos van de Weert and LäRM.

Summing this record up myself (but all together), it’s a great representation of the club itself. As a stand alone listen it’s also a real grower, and worth hunting down.