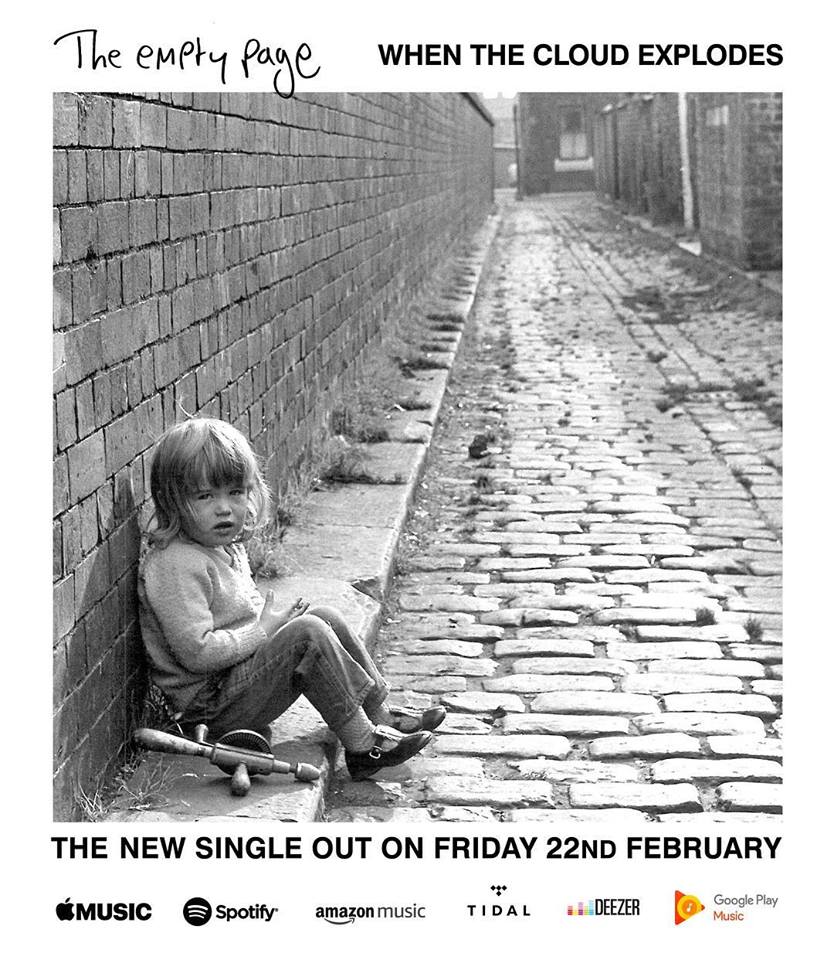 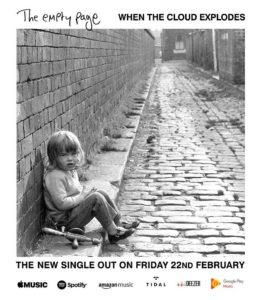 The Empty Page ;  When the Cloud Explodes  (Punk Fox)

“A fuzzy, feral, frantic band from the North West of England ” They say. They’re great, says Ged Babey – but how do they rise above the seemingly endless pack of new guitar bands? Just by being fabulous and releasing great songs like this.

I’ve been following the progress of The Empty Page for a while…   They are a Really Good Band.  I love ’em.  Independent.  Personal-political without being dull and worthy.  Punk, but in a progressive and forward-thinking way.   An undeniable grunge-era Pixies influence which reminds me personally of three of the great ‘lost’ bands from the 90’s era who I also adored;  Flinch, Bandit Queen and Solar Race. (None of whom appear incidentally on the forthcoming Lamacqs Lost Alternatives 90’s boxed set – but that’s another story…)

The video for Deeply Unlovable sealed it for me; a nicely-shot promo full of atypical girls and real women doing deeply unconvincing lip-sync to the song, but what a song. A feminista anthem up there with this and this. 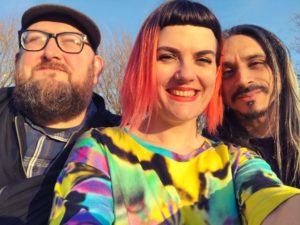 The most important thing about the Empty Page –  overlooked by absolutely all of the online-zine reviews I’ve read – is the joy, unpredictability and ever-changing look and colour of frontperson Kel’s hair.   She has fab follicles – which always looks cool even when the haircut it’s a bit-shit.  It has gone from GI Jane crop to turbulent orange grown-out crop to blonde with little pig-tails, to bluey-tinged geometric bob and currently celebrates itself as a savagely short black fringe with long orange side-bangs.

Once the kids latch onto the online joy of Kels chameleonic, ever-changing hair-do’s (& don’ts) major success is just a kiss-curl away….   Guitarist Giz seems to favour a Neil the Hippy meets Jesus Christ coiffure with bandito moustache, whilst drummer Jim shaves the sides and leaves a small cottage loaf affair on his head, whilst concentrating on his bushy beard…. anyway, the new song…. When The Cloud Explodes… is about bad-hair-days caused by inclement weather… ( Enough!)

This is a cool piece of prose by Kel about the inspiration for the song.

Nose pink, hood up, my fingers gripping its sides to keep it there, I battle against the bellicose weather in the direction of home. Crossing the finishing line of my front door I flick the kettle on and change into dry clothes before rummaging out my pens and notebooks. I sink into the sofa with a steaming cup of builder’s and begin to write. The rain beats a steady pulse on the roof and I am grateful to be inside, and I am inspired.

I grew up in a tiny northern market town and have lived in Manchester for most of my adult years. It may seem trivial but rain has featured, er, heavily in my life. I finally got a chance to do some travelling a few years ago and after spending some months bumming around in sunny places I returned home to Manchester and was immediately greeted by a downpour. It felt like a ticker tape parade welcoming me home. Make us a brew, mate.

As I reacquainted myself with Manchester like a tourist in my own city, I was acutely aware of the creativity bulging out of its seams. I wrote the notes to the lyrics which eventually became the song ‘When The Cloud Explodes’, a paean to rainy days in grey towns and cities and the vibrant art that shines out through the gaps in our curtains. I think these two things are intrinsically linked.

Looking through the reviews already online, I’ve picked out some highlights:  the Great, the odd and the bizarre.

A brilliant and fresh, new idea for a track review from Get In Her Ears here – the Comic Review! A work of genius. Love it.

Destroy/ Exist say ‘resonant of both the charismatic dynamism of Life Without Buildings and the poignant fervency of Fugazi…’ here.    Yeah, but more fun and better hair…

Rawkus have decided that ;- “With voice akin to a fingernail slicing through paper, Kel’s voice spits, spews, and vomits grating tones that become more melodic on occasion. Gleaming background harmonies fill in with sonic depth.”  Which is probably a good review, but it is hard to tell really…

A Model of Control note strangely here …. “Something of a snarling, punchy alt-rock song – there are nods to Veruca Salt, Fugazi and even Guns’n’Roses…”  Whaaat?? Where?

As for me, I like the song a lot – it’s raging and has some stratospheric guitar and an impassioned vocal… they are sounding like a big-stage, open-air kind of band…. The Empty Page fill the gap left by Savages who seem to have temporarily vanished as a unit.

The Empty Page – Watch this Space. -Their Future is Unwritten.

(Lets hope they are not hair today, gone tomorrow!) (Fuck Off!)

The single comes out today, Feb 22nd. Digitally you can find it in all the usual places or Buy and download from their Bandcamp.