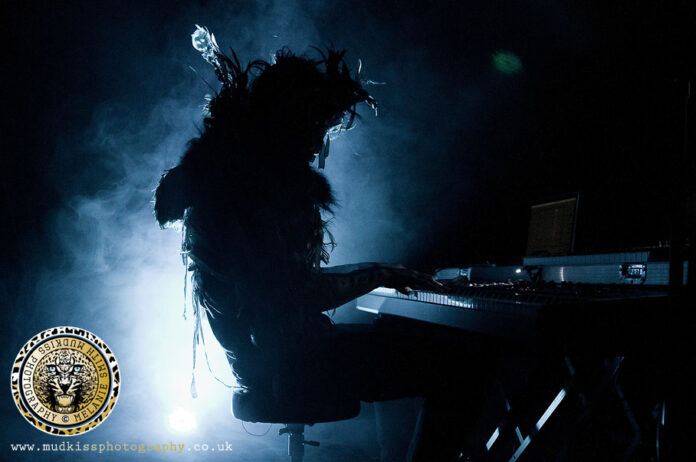 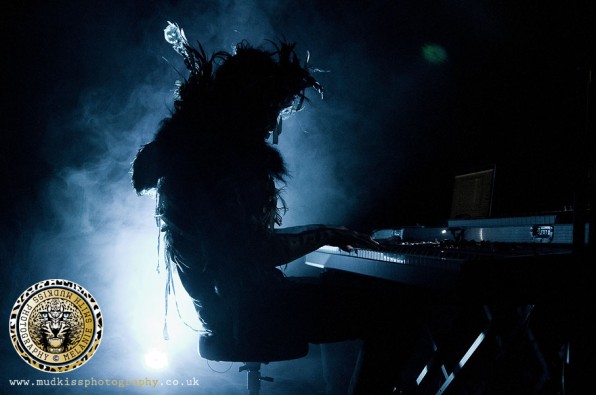 Louder Than War duo Nicky Crewe (words) and Melanie Smith (photos) went to see Brighton based post-rock duo Nordic Giants on Tuesday. They not only totally blew our reporters away, but also demonstrated that they’re considerably more than just a “post-rock duo.”

There’s currently a fascination with all things Scandinavian. Nordic noir is the new black. Therefore, when you go to see a band called Nordic Giants there are certain expectations. There’s the potential for the appearance of mythological creatures with a darkly gothic sensibility.

Some of the most individual and challenging music has its origins in the countries that know only ice and darkness for half of the year. So when musicians from Brighton call themselves Nordic Giants they are making a statement of intent, giving us a clue to their inspirations and aspirations. Their website describes their music as ‘claustrophobic post rock cinema’. They fuse film and soundtrack, image and music in a powerful and inventive way. Shape shifters and shamans, conjuring with sound and vision, the two band members are disguised as mythical feathered creatures, letting the moving images on the screen take centre stage. A series of short and especially commissioned films of breathtaking beauty and disturbing intensity accompany their music, or does the music accompany the film? It’s transformational and transcendental, even trance inducing. It’s an immersive experience. Bird and beast, mythical unicorns and horned creatures, other worldly faery singers captured in a light box screen. Earth, fire, air and water. Dry ice and strobe lights. Elemental and disturbing. Animation and fantasy in many forms. Dark magic. Credits roll on screen at the end of the show. This is a creative collaboration with many other people, performed in an intriguingly imaginative way. There’s a tradition of melding film and music, from the earliest days of cinema.

Nordic Giants have previously supported Public Service Broadcasting, but this is something much darker, created with keyboard, drums, trumpet and bowed guitar, combined with samples of spoken word. This could be an art installation. Their performance would look amazing projected on to the giant satellite dishes at Jodrell Bank.

When I left the club I thought that the city centre had never looked so eerie, with rain slicked streets, a still and silent ferris wheel and trams winding their way through Piccadilly. A film set waiting for a soundtrack.

A full photo gallery from the show can be found below.

All words by Nicky Crewe. More writing by Nicky for Louder Than War can be found in her author’s archive. Photos by Melanie Smith, whose website can be found here.