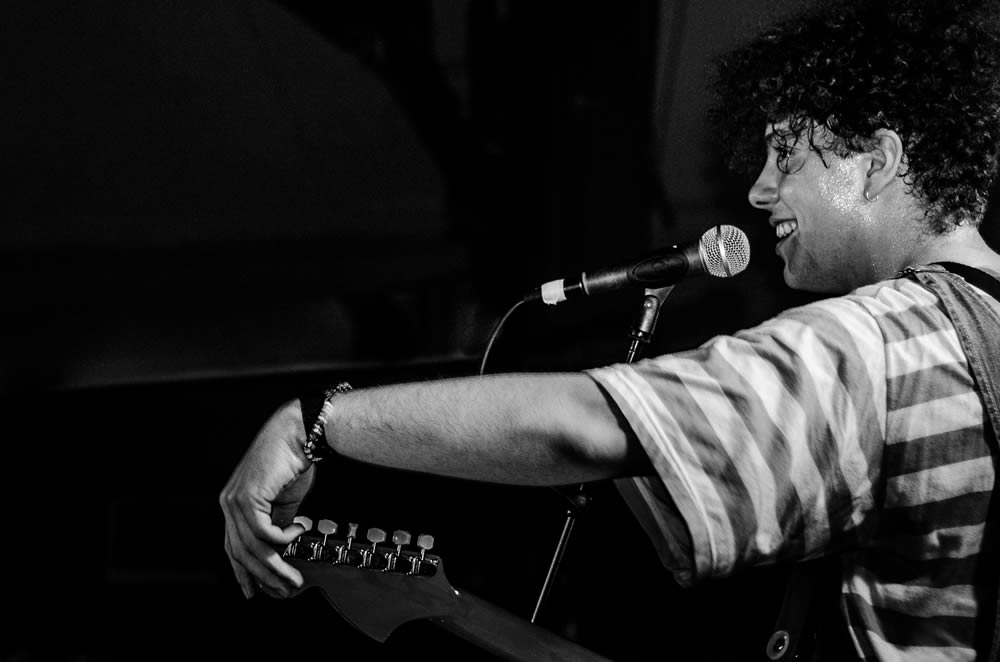 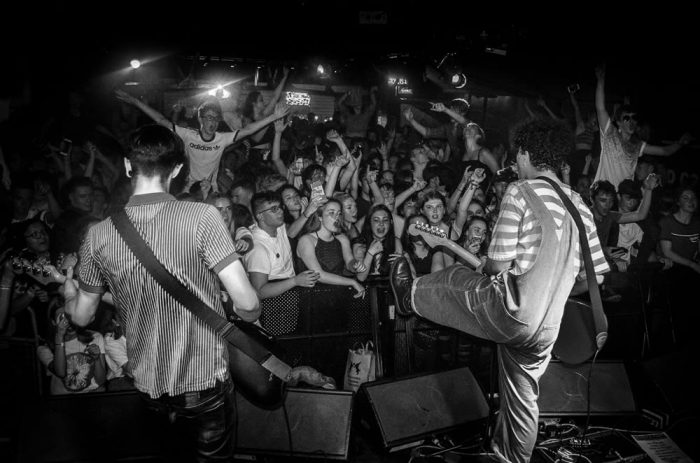 It’s hot a steamy at Sound Control as Stockport’s No Hot Ashes play their biggest headlining gig to date, Nigel Carr reports back for Louder Than War with photos by Trust A Fox.

Nothing gladdens the heart more than seeing a band that you’ve had the conviction to write about more than most others living up their potential. Manchester’s music is littered with the dark and the dank; morose, punching soundscapes that reflects the grim up North reality of living in the UK’s second city. Its heart and industrial history reflected in the ‘Manchester sound’ that sometimes feels all pervasive.

Everything of course has it’s place but how refreshing to witness a band that refuses to follow the stereotype and is carving out its own up beat pop driven future funk?  No Hot Ashes have been gigging constantly for the past few years, gradually building an army of loyal followers and it feels like now is their time.

Drummer Matt takes the stage and sets the scene with the opening beats of Easy Peeler and the crowd is immediately on it, going wild when the rest of the band join him. Front man Isaac, clad in denim dungarees and Docs is sporting the biggest grin I’ve ever seen as he realises this is going to be the gig of his life.

Gone are the middle aged blokes popping in for a look see – what we have here tonight is a venue packed with young devotees; young girls with glitter make-up and teenage lads prepared to clear stage front for a proper full on mosh! Opening a wide circle before one sole bikini topped girl spins around in wild abandon before being joined by half of the audience careering inwards in a sea of arms aloft, bouncing mayhem. Pure happiness without the slightest feeling of danger or aggression! It feels as if the lid has been flipped off and the crowd just want to have fun, there is no better band to provide it, the sound of summer condensed in to forty minutes of sweat & smiles.

It’s a full on scream fest which nobody wants to end. For the final track and huge crowd favourite Goose, the band kneels in a semi-circle facing the drums, camp fire style, before jumping up and careering in to the track with an extended bass intro, the singer taunting the crowd. The finale sees him launching himself on to the front row who carry him aloft before dumping him back on the stage for the final few bars. 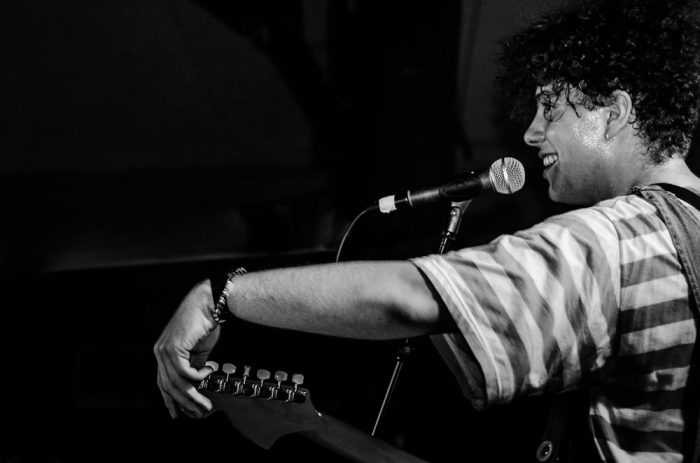 Back stage sees champagne corks popping with the band absolutely ecstatic with the wild reception. I leave to see Isaac coming out the front of the venue to a sea of screaming fans.

They could have sold this venue out twice over tonight such was the demand for tickets. It was one of the hottest nights of the year, we were upstairs and my god it was hot in there! but no one cared; the band nailed it and that’s all that mattered. All I can say is that they can kiss goodbye to small Manchester venues, it’s nothing but onwards and upwards and frankly it couldn’t happen to a nicer bunch of lads.

All words by Nigel Carr. More writing by Nigel on Louder Than War can be found at his Author’s archive. You can find Nigel on Twitter and Facebook and his own Website Luigi Photo By Nigel Carr.

Band and Isaac Photos by Trust A Fox. More photos can be found Here

Please note: Use of these images in any form without permission is illegal. If you wish to use or license any images please contact Nigel or Trust A Fox