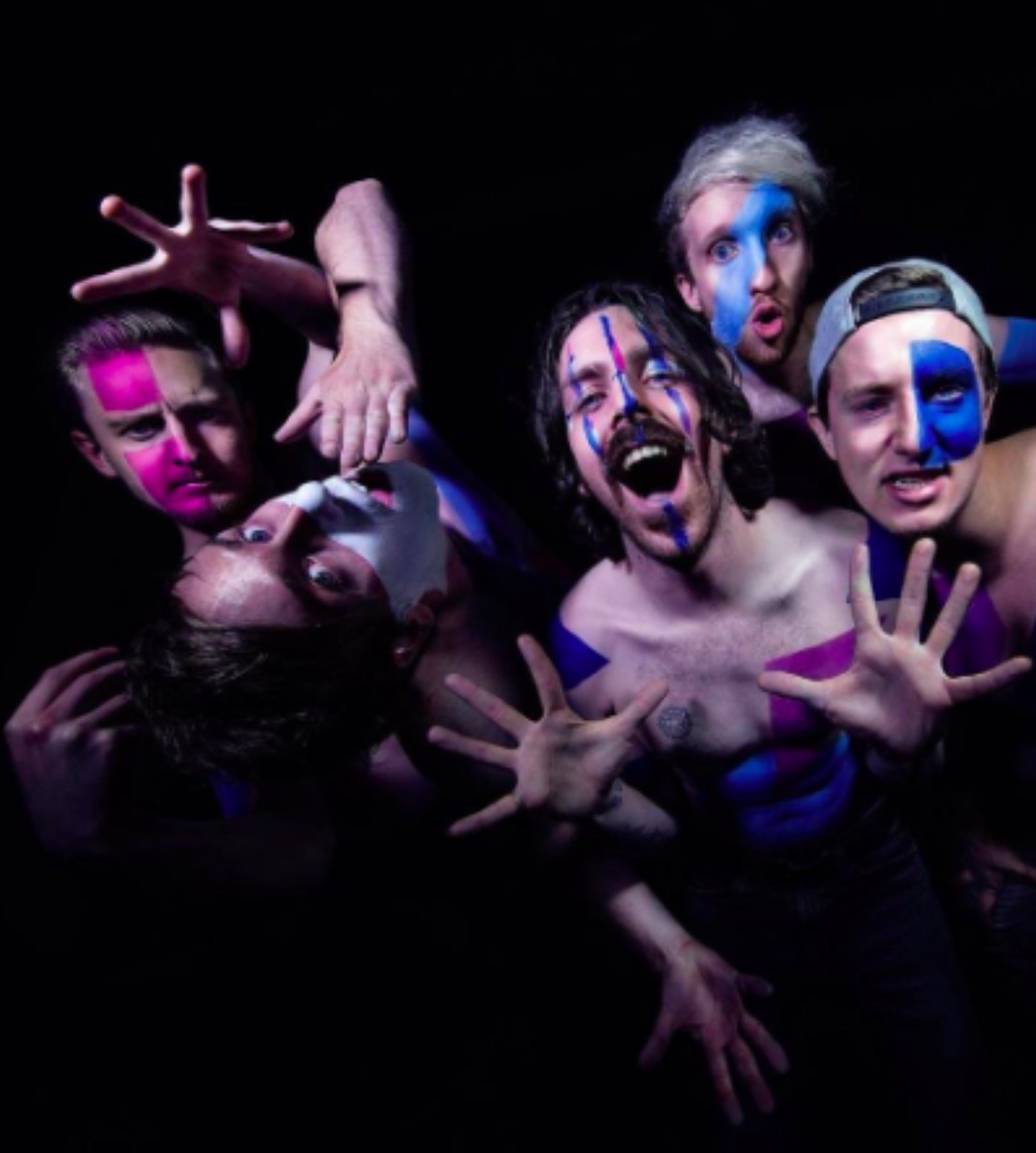 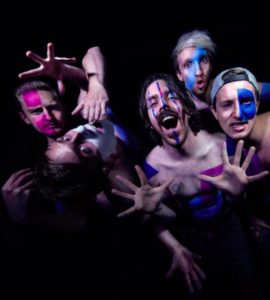 Just off a successful North American tour, Where Fires Are have just released a new video for their new single Die or Survive, which is off their new EP, One Four Six One. The video explodes with color, passion, and emotion, set in Victorian-era Leedsby using special effects.

Hailing from Leeds the band consists of Robbie Gillespie, on vocals and guitar, Ash Reynolds on lead guitar and vocals, James Clegg, playing bass, Matt Exton, drums and vocals, and Nick Banks, on keys, synth, guitar, and vocals. The band will be playing various festivals throughout the summer in the UK,  and have been receiving much support from the BBC.

In the garden terrace of a pub in Leeds, I met Nick, James and Matt, and we had a blast talking about life, love, and music…

Louder Than War: Let’s talk about the history of the band.

Matt:  We started the band about three years ago now. We graduated from Leeds College of Music, and became friends, that sort of thing. They already had a trio formed with another drummer, and then got rid of him and got me.

James: We decided to shake up the trio a little bit. The drummer at the time wasn’t really committed so we changed things and then, we were trying to think of a good vocalist for ages. Nick didn’t want to sing anymore. We were always thinking who do we know that would be the right fit for the band and everything. Then one night we were out drinking with Robbie, and something clicked. We’ve known this guy for three years, and we all had such high regard for his song writing and his vocals, and just suddenly went, “shit he’s the right one”.

Nick: Each year for the last 3 years we take things more and more seriously.

You’re going to be touring the UK?

Matt: The 21st of July we will be playing in Sheffield, the Tramlines Festival, then the same weekend, the Blackthorn Festival in Stockport, then some we can’t announce because we just got them. There’s a big one this year but we’re not allowed to announce it yet. July 1st the Testifest in Lancaster, which we played at last year. June 17th, Live in Barnsley…

You’ve been to the US?

James: Yes, it went really well. We played two gigs in New York. It was like an industry summit. We played in the Bowery Electric, and then we did an acoustic gig inside of the University. We just got back from Canada as well, and did a similar thing to New York. We had four gigs in Toronto. We love it over there, we really do. North America is fantastic.

Who wrote your new song?

James: We kind of share the writing process. For every song that we do we all make sure that we each have a big input into the song. I think that’s a reason why we are all so enthusiastic. We never count us  as finished until everyone is completely happy with their own part.  It can be a long process sometimes, but we love doing it.

Nick: The simplest way to describe it is, normally Ash will bring some chords or an idea of some sort, then it will come to Matt and James, and they’ll do the structures and the integrity.

Who writes the lyrics?

James: It’s Robbie, it’s all him. Ash will occasionally write the melody, but the lyrics are always Robbie.

Matt: Obviously he believes in what he’s writing.

Nick: We are talking ten years…that would be 8 years before we can actually live… In 10 years I want to have played every major festival.

Nick: I’ve played there twice actually, but we won’t get into that.

James: I use to be in our school band. We played there. It was alright, you know the stage was a bit small….

James, what is Matt’s worst quality?

James: I could go on for a long time. Whenever we drive somewhere, before the car stops, he opens the door and starts trying to get out. When you’re in the middle of New York or Toronto that can be pretty hazardous. He also has a habit of offending people, accidentally. We spend a lot of time saying, “No, honestly he’s a nice guy”.

Matt: He has no perception of time ever. That’s throughout his whole life.

Matt: He’s his own worst enemy, that’s pretty much it. Persistence, he keeps us all in track, in a way that no body else understands. It’s quite difficult for him to get across a point, and we still don’t know where we stand… But it’s good.

James: What Nick thinks and what he does or two different things.

Matt: Very often he has exactly the right thoughts and ideas, but the way they come out is insulting.

Who wants to talk about the music?

Matt: What are we doing?

Who thought of the name of the band?

James: Robbie is pretty heavily involved in this. His great uncle was a famous Scottish poet. Funny enough he used to be my mom’s English teacher. He wrote a poem called, ” Men Who Sit Where Fires Are”. Funny enough this kind of sunk into Robbie’s mind but he always had Where Fires Are, in his head. He always thought that name would work really well for a band, but he could never really remember where it was from. He had a few different reasons that he kind of made up for himself to fill in the blank’s. He literally made up a story to fill-in apologies for the blanks. Then eventually he was reading one of his great uncle’s books after he passed unfortunately. And then he found the poem,  and realized that, that was where it was from. It was kind of a bittersweet sort of moment.

Nick: It is a little bit different isn’t it?

Matt: A lot of people get it wrong.

James: Then the guys dad shouted it out.

You are supported heavily by the BBC, correct?

Nick: We are heavily supported by the BBC. We’ve been on in Sheffield, West Yorkshire… We’ve been on quite a few times. Those are the main ones but we’ve also been on a lot of small ones that keep playing us.

Nick, if you could play support for any band, who would you choose?

James: We are looking towards the future. We’ve got a lot of great plans, a lot of new music inside, ready to get out  there. We’ve just come back from the studio today and we are incredibly excited about the last three songs.

Matt: These are three new songs yet to be heard by anybody.

Nick:  We hope to gain some more fans and more support. We just want to get our music out there to as many people as possible.

What would you like to say to your fans and followers if anything?

Watch the video for Die or Survive here