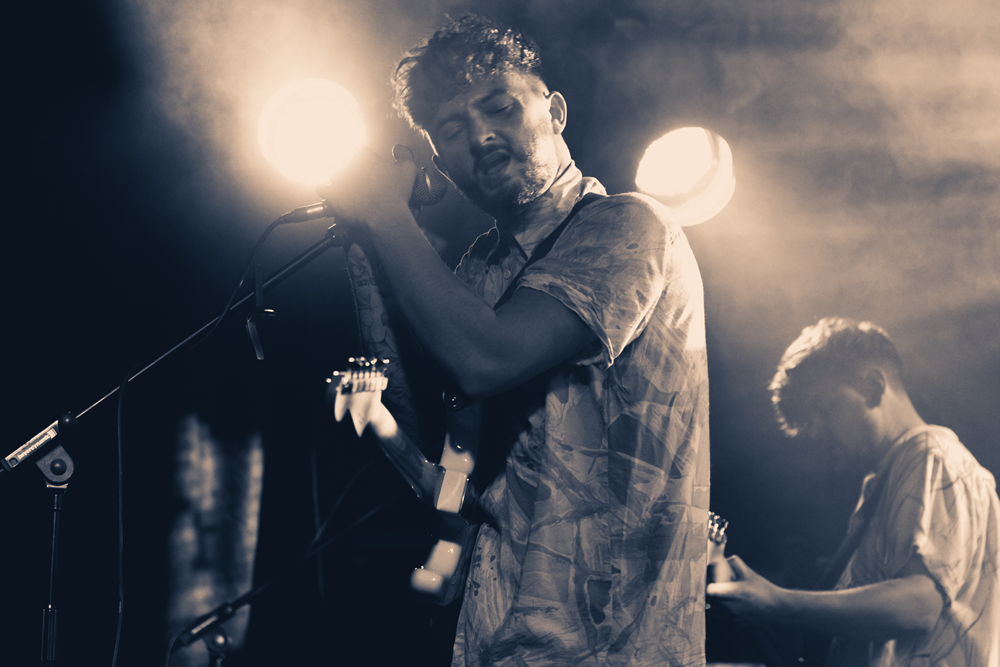 Three bands for a fiver! not bad going in this these straightened times, but that’s what’s on offer tonight with Barron and Delamere opening for the headliners. A night of soaring melodies, deep basslines and the odd dodgy cover.

It’s a packed house with NYT, as the crowd prefer to chant, (you can kind of understand why), putting on a coach from their home town. Bulking up the audience numbers with their dedicated supporters, band T shirts and all.

I arrive with Delamere in full throttle, plenty of soaring melodies and keyboards underpinned by a rich bass driven back beat. Apart from one lowlight; a cover of Candi Staton’s Young Hearts Run Free, the band deliver in many ways a perfectly crafted pop performance. Vocalist James Fitchford adds a touch of Slaves inspired drama, hammering on a couple of floor toms with the thick end of a pair of drum sticks, adding punch and precision to their multi layered sound. 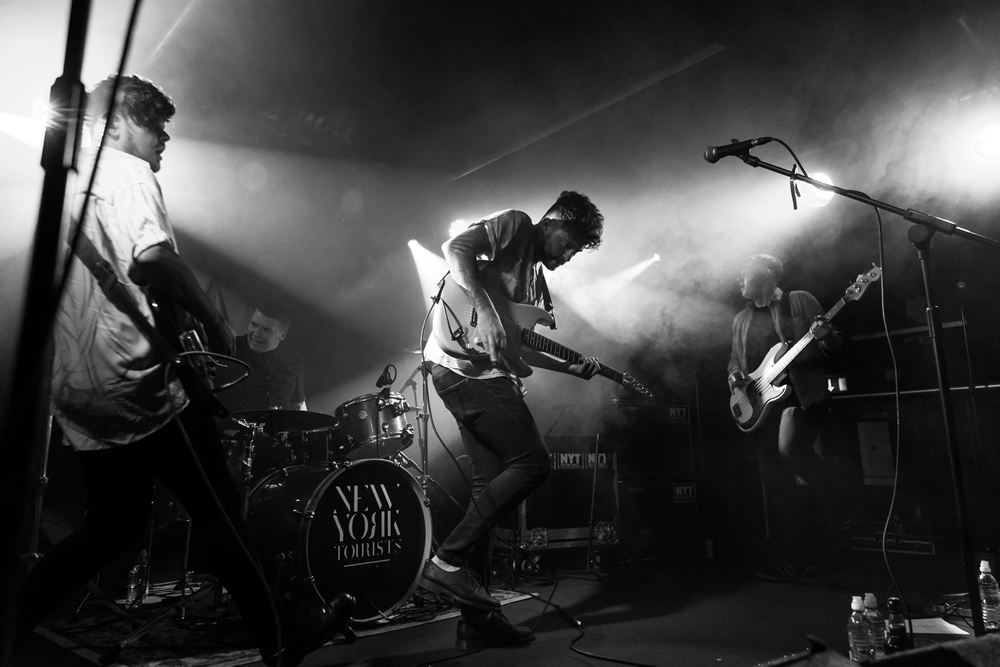 The band cites Justice, Foals and Everything Everything as influences and you can really feel elements of the latter coming through; Black and White Space just one of the highlights from their self titled début album.

There are a number of bands exploring the rich seam of 80’s dance oriented alternative rock and New York Tourists is just one of them. Slotting firmly into the Foals camp and not massively dissimilar in sound to Delamere. NYT produce a rich wash over a deep bass groove with plenty of echo and delay, overlaid with Gary Taylor’s clear and vibrant vocal. 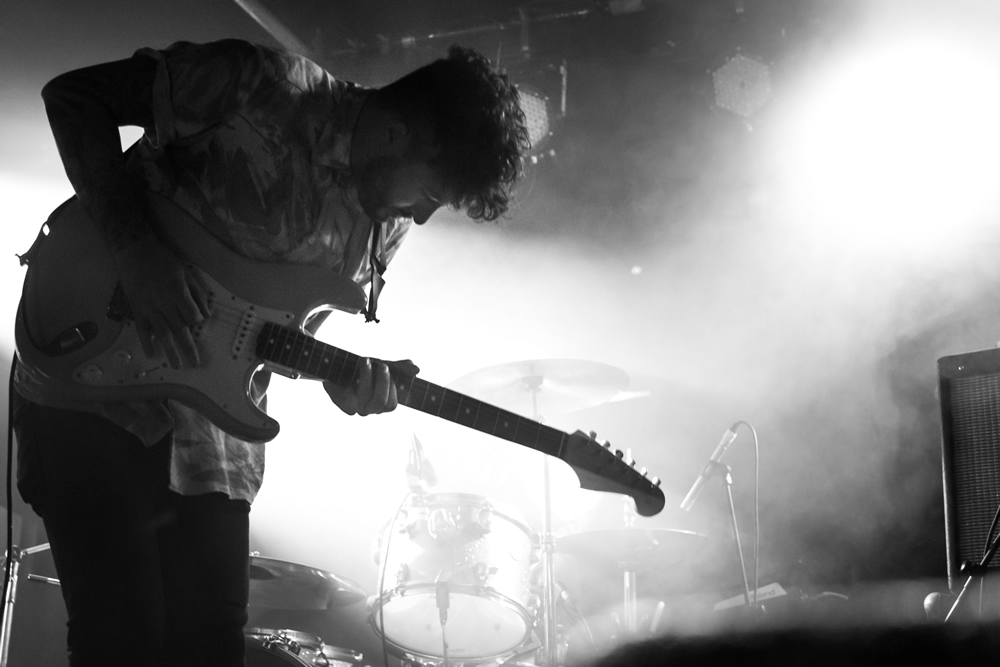 Taylor provides a proper focal point for the band; good looking, charismatic and ever so slightly humble. He is immediately likeable, with an incredibly soulful voice that can shoot up the scales to falsetto in a flash.

Title track off their album You + Me is a real highlight with an Astbury/Cult style delivery and slight Manics influence. I love the wobbly guitar and synth break, just enough pause and drop to career forward to a rollicking close.

New single Only For The Summer is a modern classic with a great melody and soaring chorus that chugs along good style. It’s backed by an infectious beat, think  dance masters, Pigbag, Not a bad sound to emulate as long as you can provide a decent melody to combine it with, which they do perfectly 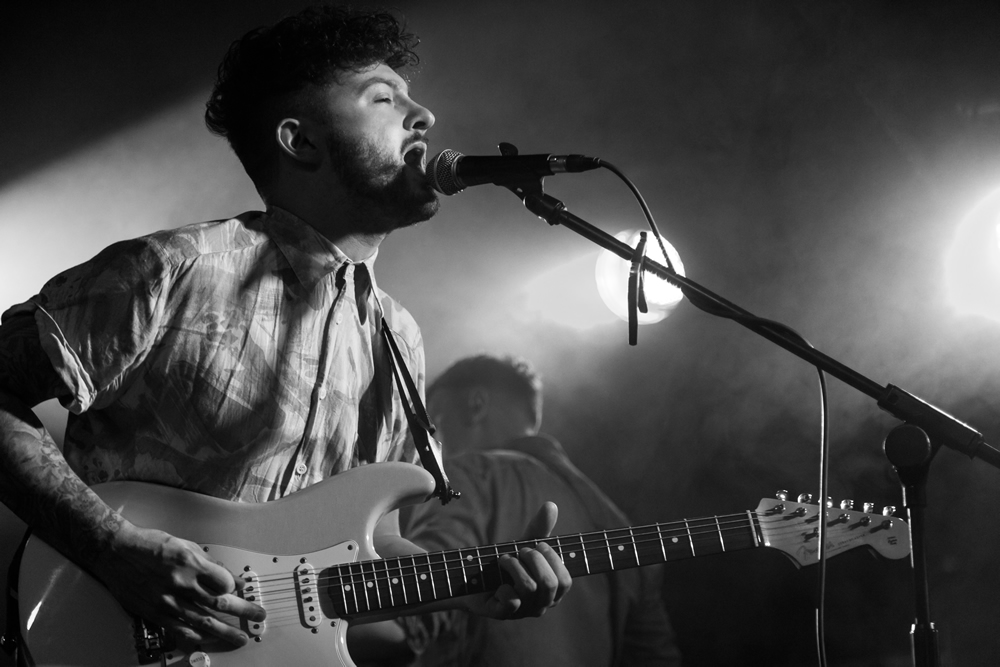 It’s not all plain sailing; Dead Man’s Leather, although simple and accessible, its singalong chorus has the crowd chanting way past the finish, is rather too close to Elbow.  The messily delivered closing track, A Kick In The Teeth, just a bit too Arctic Monkeys.

Their more recent stuff though really hits the mark and is clearly where their future lies. Bright, punchy and original. If they stick to it then I can see them growing rapidly in popularity.

Use of these photographs or any part of this article is illegal. If you wish to use anything please contact Louder Than War, the writer and the photographer directly.