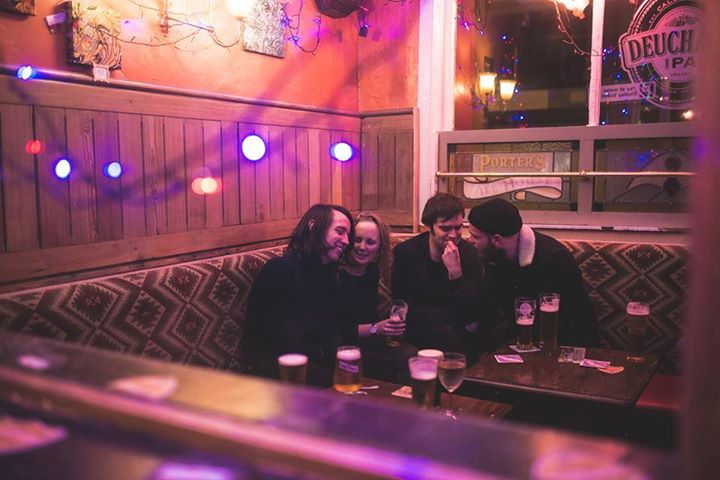 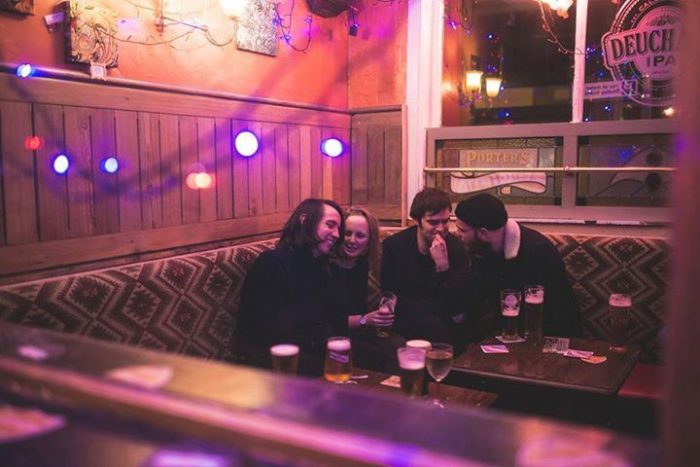 A mysterious preacher arrives in a small town in the mountains (Liverpool). The locals are in grave danger as a ruthless landowner decides to take their land, with the support of the mayor. The only one who seems brave enough to save them is this preacher who came from nowhere. Why is the mayor afraid of him? Why is he such a good shooter? Is he really a preacher?

Taking their name from Clint Eastwood’s environmentally minded 1985 Western, Pale Rider are the latest six shootin’ young guns making their mark on Liverpool’s exciting new music scene. Armed only with guitars, drums and more cheroots than a Burmese market stall, these fedora clad outlaws look set to snatch the town back from the greedy, corrupt oligarchs and restore rock ‘n’ roll to the hearts of the evil, stealing a few hearts (and horses) along the way.

Pale Rider came to my attention in July by way of the online Liverpool music guide GetIntoThis, with the site’s editor, Peter Guy, excitedly declaring them “Liverpool’s best new band.” Of course, being both a sucker and a cynic when it comes to the arrival of a “buzz” band, a sucker for wanting to investigate, a cynic for maintaining low expectations, I headed out on a balmy August evening, the pipes of Pan playing tunefully in my ears, to check out their gig that night at Buyers Club with Dusst, a fine local psychedelic band who have also held the dubious honour of being crowned my ‘new band of the day.’ 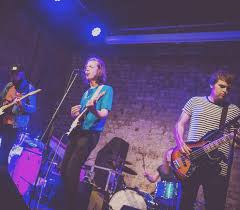 Before they’d even played a note, I could tell they had something. They were a great looking band, a striking aesthetic of shiny black winkle pickers, tight trousers and brightly coloured t shirts. First impressions ARE important, this lot made the grade. Sure enough, their music more than matched their appearance; a thrillingly tripped out, unnervingly schizophrenic sonic apocalypse of epic intent. Slow burning tracks like Chlorine Eyes recall early Verve or the spacier moments of The Lucid dream, while deranged psychedelic eyeball melters like Sidecar/Circling (the band’s first official demo) are redolent of Jeffrey Dahmer fronting a chart-topping indie band, veering into near complete meltdown with some wild psych rock riffing recalling Kyuss and fellow scouse space cadets Mugstar, the band lost in an almost orgiastic instrument shredding rock ‘n’ roll frenzy, the music blowing over the heads of the crowd like a purple cloud of contaminated ganja smoke.

Late October bore witness to the release of the band’s debut single, I Run On Rain, a snake hipped stormer of echoey mariachi guitar, nagging low slung doom funk bass and a Mantric chant of a chorus guaranteed to shake the Stone Circle come festival season. Pale Rider’s songs take a few listens to properly enter your conscience; if you’re looking for singalong anthems to spray your mates with Carling to, well mate, I’m afraid you’ve come to the wrong place. They creep up on you slowly, not quite registering with your system instantly but somehow persuading you to persevere, a mysterious allure of beautiful but deadly charm striking you unexpectedly like the bite of a Black Mamba. Uncompromisingly addictive, nail bitingly ambitious, Pale Rider are creating future sounds for the Space Age of today. Dig the new breed.

For more info on Pale Rider please head to their facebook page https://www.facebook.com/paleriderliverpool/