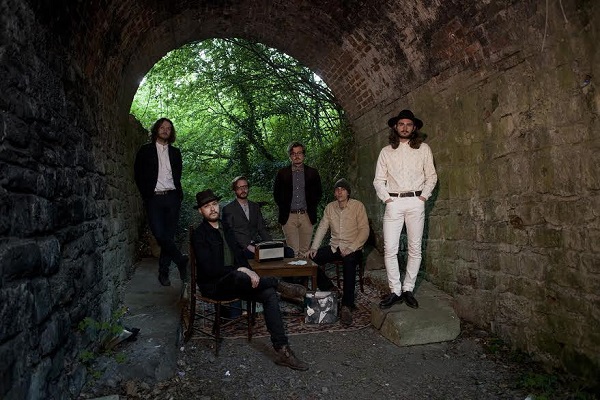 Having taken their name from the islands in Jonathan Swift’s Gulliver’s Travels, it’s of little surprise that the music of Sunderland-based six-piece Lilliput is overflowing with a joyous whimsy and child-like wonder that provides the band’s baroque-pop with a charming and unshakeable sense of innocence. That doesn’t mean to say anything else about the band is indeed child-like, all six members are clearly accomplished musicians, resulting in each track they release appearing straightforward on the outside, yet offering a deep and dexterous composition within.

Most recently however, the band’s skills have been epitomised in their latest single, Waiting To Go, the video for which (stream below) showcases the breadth of Lilliput’s talent as it was self recorded, produced and filmed by the band at their flat. Furthermore, it offers a slightly moodier delivery than previous singles (though no less whimsical) whilst showcasing the disparate personalities at play within the sextet.

A well-crafted accompaniment to your summer cocktails, Waiting To Go manages to appear both nostalgic and immediate; its ’70s throwback grooves never feeling at odds with the crisp contemporary production of the finished piece. Described by the band as being “based on a feeling of uncertainty. The feeling that you can leave, and you should leave, but you won’t. At least not just yet” it may not be as gritty as some of the stuff we feature on Louder Than War, but it more than makes up for it with its smooth and sleek pop credentials.

Waiting To Go is released on July 17th, and Lilliput will play the following dates: