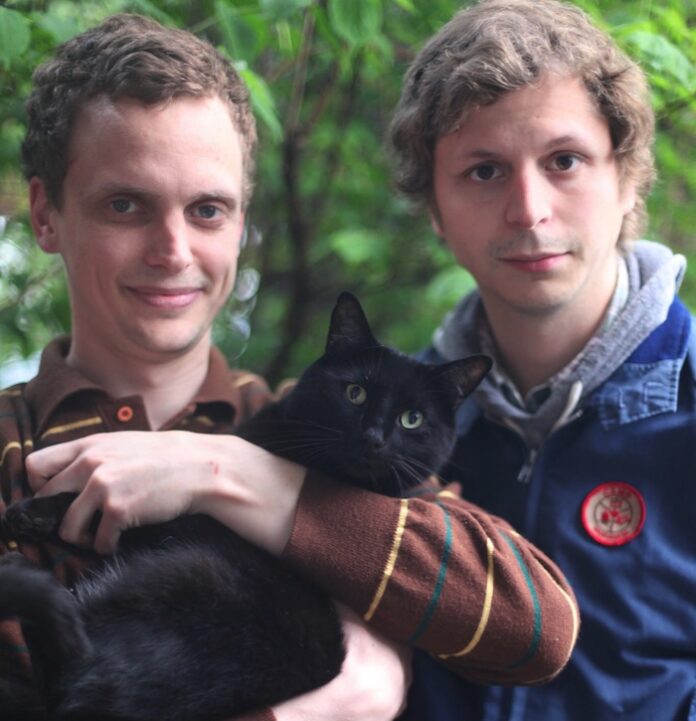 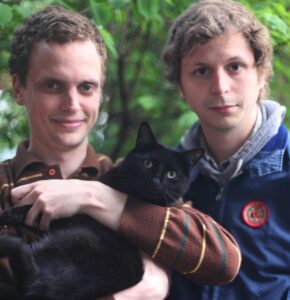 Alden Penner & band have just been in the UK playing a handful of shows in support of current EP Canada In Space. Harley Cassidy caught the band in B’ham for Louder Than War.

Movie stars joining bands isn’t something that’s completely unbeknownst in the music world. We’ve had Jack Black give us Tenacious D, Zooey Deschanel’s She & Him and we even saw McCauley Culkin join a pizza themed Velvet Underground tribute last year. So we’ve grown to learn that there’s nothing stopping those pesky film stars dipping their toes into the crazy world of music.

However, it’s still something pretty special when everyone’s favorite loser, Michael Cera plays a venue so tiny that you could pretty much give him a hug if you wanted. Or engage in amiable conversation – which the audience does for tonight’s gig. He’s teamed up with Montreal’s beloved dysfunctional art-pop outfit, Alden Penner & The Unicorns, as their “special guest” and it feels promising.

Of course, tonight should be all about Alden really. He’s a talented guy with a great vocal and a natural aptitude for writing music that encompasses many genres. Michael clearly noticed this and it was he, who took the first step in approaching Penner. Originally, Cera reached out to Alden back in 2008, as he wanted to work on music with him for the film, Paper Heart. Having always been a fan of his work, it wasn’t long before the pair got on and started curating tracks of their very own.

Alden is first to arrive on stage, solitarily, with guitar in hand. He sings beautifully and strums the guitar like he was born to do so. Then Cera and the Unicorns join him. Michael, is, pretty much an amplified version of what he’s like on film: nerdy, awkward and adorable. As he takes to the stage with the rest of the Unicorn’s, he chokes on his words as he introduces himself and turns a bright shade of pink. Unknown to him, the audience are in the palm of his hand, drinking up the fact that he’s even on stage in front of them.

Everyone’s image of him is the cliché picture he’s been painted as; the nerdy wallflower. But deep down, Michael Cera is far from a loner. He’s a clever guy whose talents clearly lie beyond the typecast shtick of his on-screen persona. For a start, whoever would have imagined that he’s a multi-instrumentalist and vocalist? I mean, the vocals aren’t incredible, but they don’t need to be. It’s the same kind of wailing charm that let Neutral Milk Hotel’s Jeff Magnum appeal to the masses.

The band sifts through every musical style, from delicate folk harmonies, to psychedelic wig outs and small-time anthemic indie; everything gets a try. They also switch instruments between themselves numerous times, (Michael even played a guitar and keyboard AT THE SAME TIME). Whilst it’s clear that most people were there for the sheer fact it’s Michael bloody Cera, it’s safe to say a lot of people left finding that the music was pretty enthralling too.