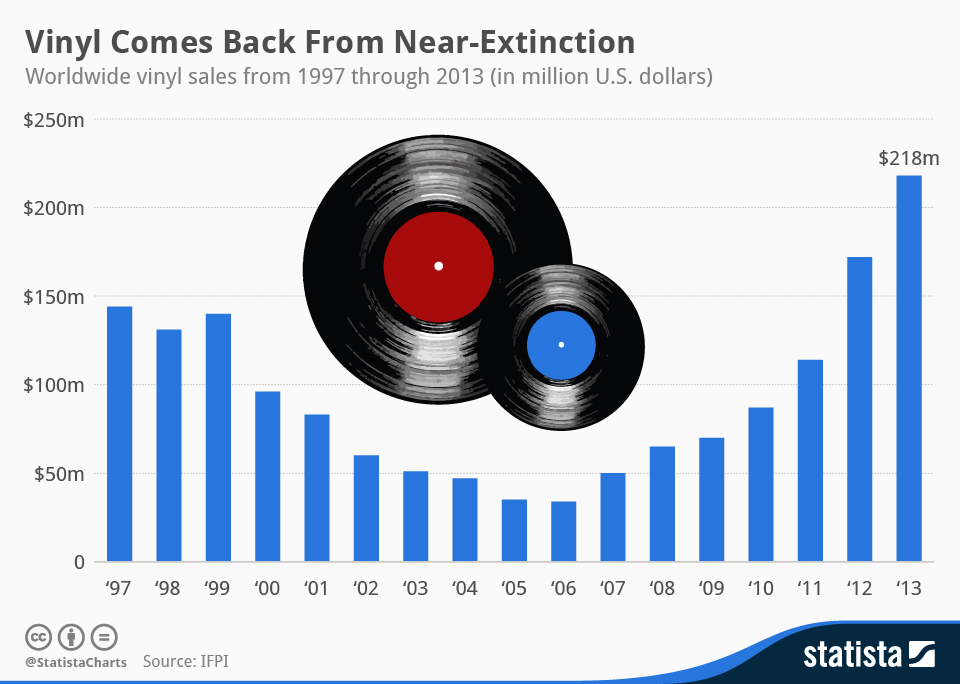 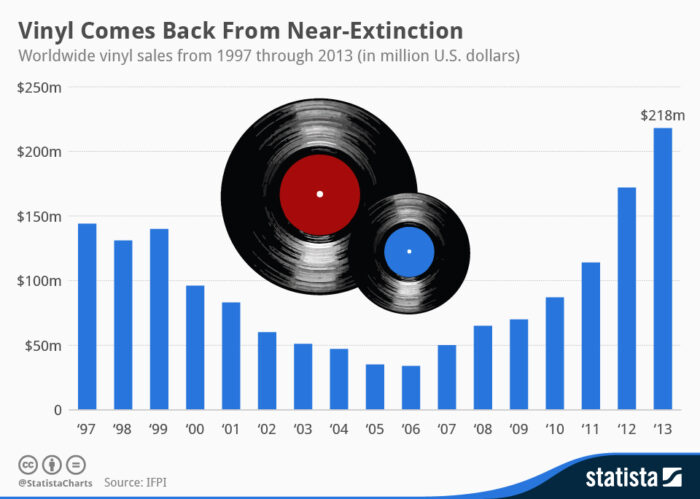 Last week we ran a piece titled “First World Quandaries: The Fetishism of Vinyl versus the Rise in Streaming” written by Sean Bw Parker which, as the title suggests, riffed on modern day music listening – how we’re doing it, why we’re doing it and are any ways of doing it better than others. Dominic Valvona whose self confessed “contemplative music blog” is called Monolith Cocktail, wanted to reply to Sean’s piece, which we were more than happy to let him do…

‘Let’s take it from the top shall we. The Futurists, a petulant bunch of miscreants, embarrassed more by the lack of progression of any movement of renown in the Italian art scene since the Renaissance. What drove them was the country’s lack of standing in the international scene. They sort to create a new ground zero, purification if you will. Unfortunately for them this cleansing zeal led to flirtation with an early form of fascism, and for told the group’s own destruction in the trenches of WW I – war is the greatest cleanser of all, progression should not be stopped but celebrated, even if it led arguably to a far greater destructive force that leveled a whole generation on the fields of Passchendaele et al. Petty bourgeois themselves, the Futurists aren’t exactly the most useful of references. And I’m not sure how you tie the two, or even Dada movement and Picasso in with your argument – if it even is indeed one. It is far better to speak of Duchamp’s revolutionary ideas and creation of conceptualism in art, which really did change the course of history, and paved the way for a new radical rethink, even democratization of art. The Futurists burnt out before it started, though it had an effect of future generations who were put off, with even the most celebrated of Italian movements in the 20th century appropriating the icons of Italy’s past to examine the present without zealous slogans.

I fail however to see any link with the present situation, or indeed with ‘streaming’ revolution you so wholeheartedly embrace. You are mixing up as far as I can gather the intentions of art and Silicon Valley. Tech is not the new culture or rock’n’roll, despite what people say. They do not practice any kind of altruism, and aren’t looking after your or any of our interests. They are businessmen after all, quashing any competition, delaying or just not paying full stop their taxes. If you’re cool with handing over your life and art to them, so be it. But don’t patronize or smugly accuse those of us who don’t as some antiquated or nostalgic idiots. The audience may have lapped up these products and services, but no one actually asked for them initially. Streaming negates the rights and offers poultry recompense to the creators of art. Yet the owners of these businesses swan around or jet set off into the sunset, laughing all the way to the bank. Many artists seem deliriously happy with this set up, good luck, give it away, no skin off my nose. But don’t expect me to dip into my pocket on kickstarter to fund your believes and ideals when you need to pay for a roof over your head, or for that matter the state.

And as for ‘other revenue streams’…how’s that working out for you? And before you reply, I know full well, you like many others don’t make anything out of it. That is not a criticism but a fact many musicians have to deal with. Oh yeah, you can’t earn shit out of live music either, especially if you’re only just starting out or a niche band. 200 quid for a festival ticket perhaps, but ask people to pay a tenner to see local bands at their local venues….forget it!

You really need to research more on this topic. Your argument or observations seem pretty fleeting; with no actual data or evidence to suggest any of what you say is correct. While vinyl can be fetishized to some degree, it is an investment at least on the part of the listener, and concentrates the mind far more than non-existent data. Why shouldn’t music be taken seriously anyway? You seem to be suggesting it should be throwaway and forgotten as soon as its heard, move on to the next track. You are very disingenuous to vinyl, which if it is recorded right and analogue, can offer the listener a different experience to digital.  We should have both, digital for convenience of course. But you make no opinions on quality of sound, production or the experience at all. Plus you suggest that music formats have progressed through a linear, vinyl being outmoded. So why is it still important and recognized fifty to sixty years after its invention? Why do successive generations still want in? None of this is addressed.

As for sustainability? Oh come on. Really?! For the units sold it is a mere drop in the proverbial ocean. In fact what is the damage? Oh, there is no evidence or statistics. Not even a mention of the vinyl process, how it s sourced and produced, just an assumption. But I take it you looked into how the minerals are sourced, deposited and put into to microchips? No. Well it would keep you awake at night if you did. Apple have been condemned and investigated on numerous occasions for its practices. But like the fashion industry, they’re quick to blame middlemen in the far-flung countries that do all their dirty work.  In fact recent data from China suggested that most of the workforce were heading towards a health time bomb of premature deaths and long-term illness. While you’ll at it, ask Apple about the worrying rates of suicides amongst its workers in China. It is a gross business, and we are all complicit in its undertaking.

That cretin Bowie, a tax exile himself over the years, is once again wheeled out for the purpose, alongside Albaini – both did very well out of the old system they so casually toss away now. Great how these people gesticulate and sneer, now sat on retirement pot – for heavens sake, Bowie created his own bank in the 90s. Yeah we’re just the sad saps who made it possible for you to be grinning now in your smug utopia of embracing the ‘future’. If you believe they’re well-wisher altruistic mentors, than you really are naïve. Hell, I don’t even begrudge Bowie’s money; I paid into his pension for years. But leave it the fuck alone, especially copyright – which is all most musicians have left. And Termintor X? Yeah like P.E. didn’t find out the a hard way about sampling infringement – them and the Beastie Boys ‘Paul’s Boutique’ the final straw before the lawyers got their teeth into their unbridled lust for using samples with no clearance or recompense to the original artists. Hip Hop changed at the dawn of the 90s, copyright being taken seriously, and now a stumbling block to many artists who could no longer have a free for all.

Back to Bowie and Albani, both should be ignored as they attempt to ingratiate themselves with a generation wired in to the mainframe from birth; a generation brought up and encouraged to view copyright and ownership as irrelevant; encouraged to file share and treat culture as disposable. How’s that panning out? Living in a much better world for it? If anything should be freely available then it should be shelter, water, food, medicine and transport, not music.

You as an artist know that it takes a certain investment to produce the best art you possibly can. What is so wrong with artists being recompensed for their hard work and effort? And if you don’t see a problem with this, then suggest a solution.

This is Dominic’s first post for Louder Than War.