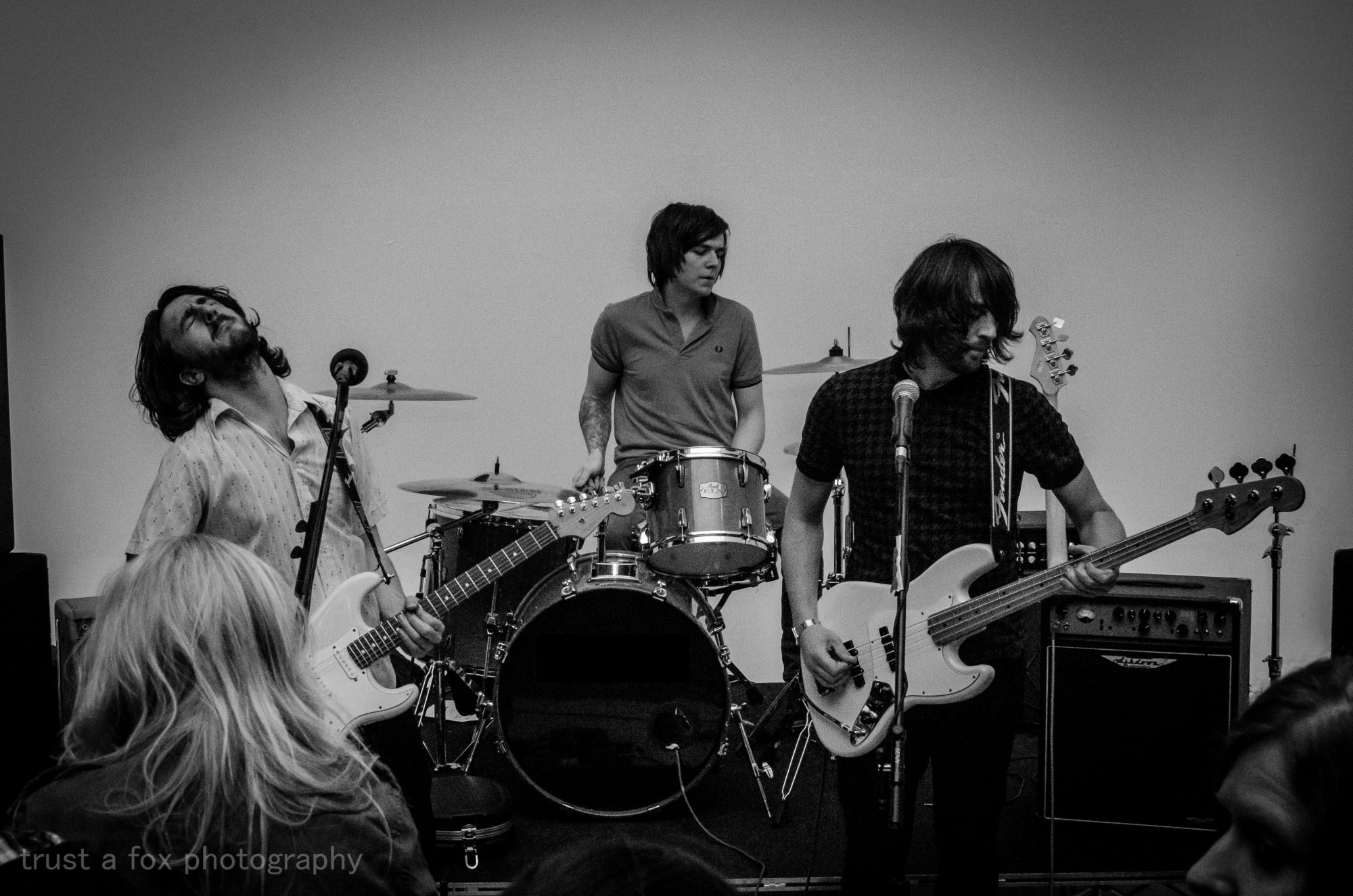 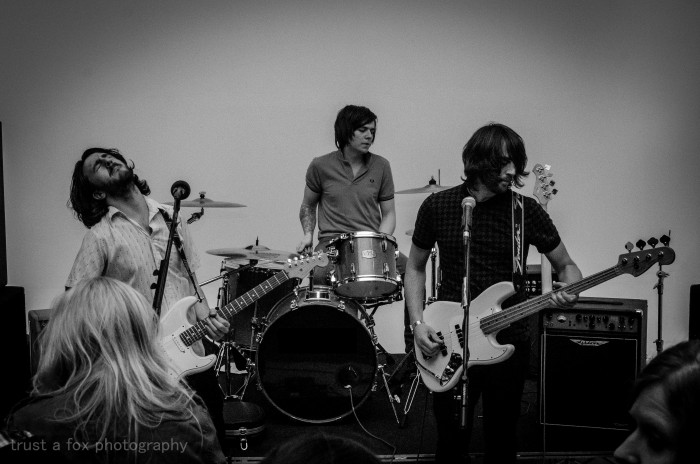 The Manchester based Psychedelic Blues Rock band Hey Bulldog finally found a stable line-up about 3 years ago, building on solo musical work done by founder member Rob Manton. Rob originally brought out a six track EP, featuring his work as a singer and multi-instrumentalist. The EP attracted the attention of Steve Lamacq, who interviewed Rob on BBC 6 and has continued to take an interest in all subsequent releases. With critical acclaim for the EP from the outset, Rob found the drive to form a band, first finding Matt Parry to play bass, then working with a few drummers before Ben Howarth-Lees join the fold, completing the present line-up.

Their newest single ‘Under My Spell’ has already made waves, with spaced-out vocals Hawkwind would be proud of, and a tight rhythm section which gives the track an exciting edge. The standard of blues-based rock on offer here is very fine indeed. The guitars and drums are solid, but beautifully played with hints of 1970’s retro, but the never settles down into enough to get boring. As strong as the music is, however, it still seems barely able to tether those soaring vocals down.

Making the Steve Lamacq playlist two weeks running and getting airplay from Radio X, The Amazing Radio Audition Show and Phil Alexander’s Mojo Planet Rock Radio Show, amongst others, the single has also made its way onto a number of end of year playlists since it was released in December 2015.

The band are due to play two gigs this April, at Soup Kitchen, Manchester on the 7th and at the Eagle Inn, Salford on the 29th. Hey Bulldog are an exciting prospect and these gigs offer a chance to catch them live at these intimate venues. With the amount of attention the band are receiving, this might not be a chance you’ll be offered again.

Photo by Trust a Fox Photography