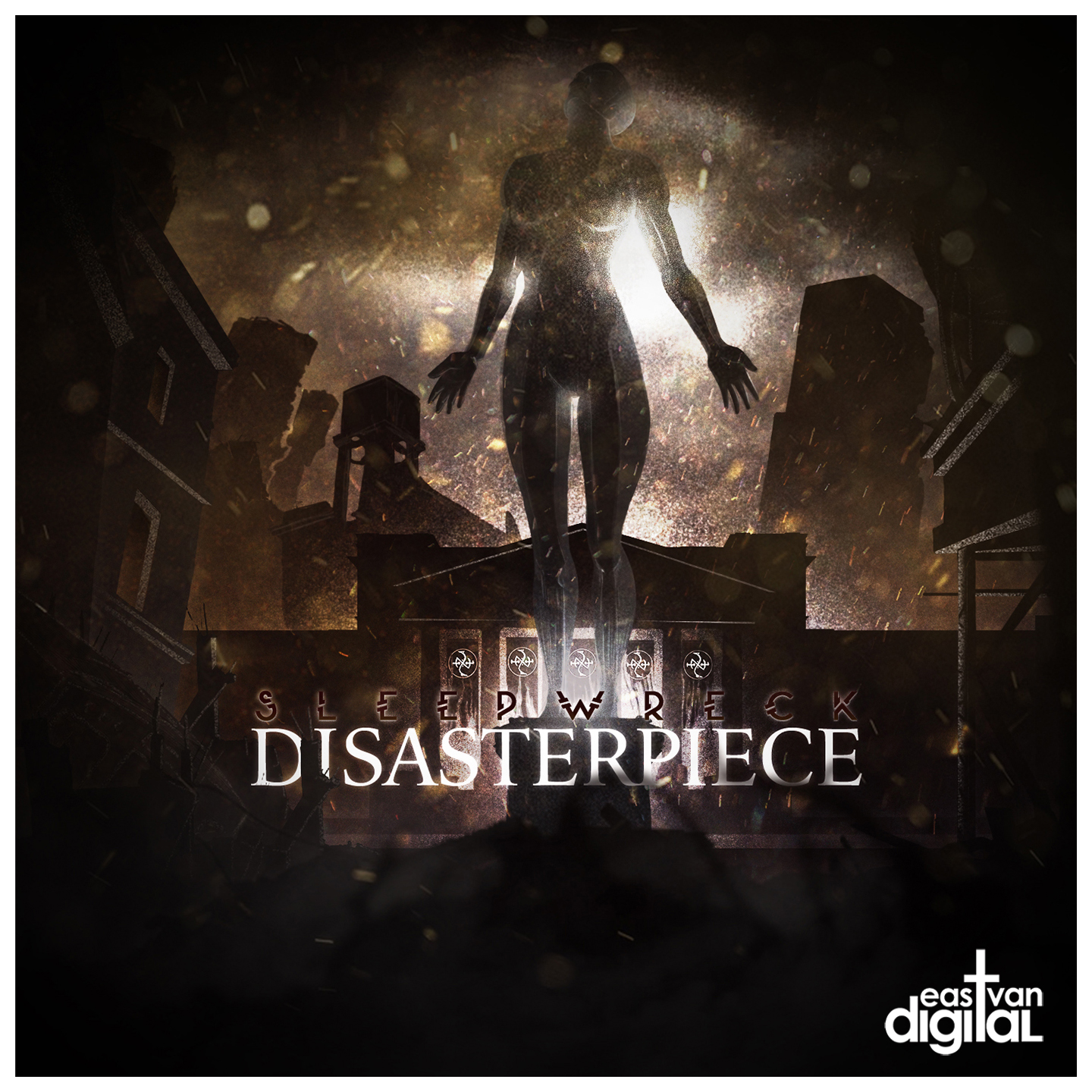 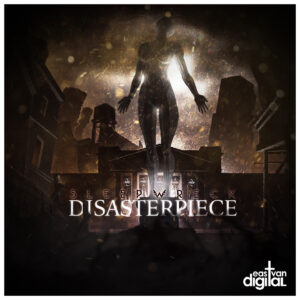 Canadian alternative electronic artist, Sleepwreck, has just come out with his brand new Cd, entitled: “Disasterpiece”. The artist himself describes it as “the sound of cyborgs dancing around a ritual bonfire”. The release date is February 12th, 2016.

Having spent a lifetime studying magic, and the science of sound, Sleepwreck’s productions are all original and his performances challenge the imagination and unexpected to the club dance floors. His music is filled with unique bass-lines, emotional vocals, and tribal fantasy. He’s takes the stage as a “war-painted shamanistic alter-ego”.

Louder Than War was able to delve into the mind of this war painted profit and musical genius. He will be one to watch for…

Louder Than War: Your sound is one of the most unique creations I have ever heard, what is going on inside your head during its creation?

Thanks very much! I guess that means I’m doing something right.
To me making Music is less about what’s going on in my head, and more about how I’m responding to the sound emotionally. With producing in software it’s very easy to get sucked into the technical details and “perfect the song to death”, so I try to just work quickly and not think too much. When things are flowing well, I’ll look up after several hours feeling as if just a few minutes have passed and not really knowing where the time went. I believe there’s a larger creative force that works through people when they’re open to it, and I try to allow that to happen to as great a degree as I’m able.

What kind of audience are you hoping to reach?

I think my sound tends to appeal to people who are on the fringes of other scenes… The ravers who grew up listening to Tool, the yoga practitioners who like Dubstep, the game-programmers who are into trance dancing… I always want my sounds to be listenable and to work as songs first, but also to get people’s bodies moving in unfamiliar ways on the dancefloor. One of the purposes that Music serves is to bring like minded people together, and I feel like there’s a tribe of misfits out there ready to call each other a Clan if they could just connect. It would be amazing for this Music to help facilitate that.

I feel like you’ve created a brand new genre of music, what would you call it?

That really means the world to hear, thank you. I’ve always felt that if I could easily identify what genre of music I’m making that I’m doing something wrong. I’ve always wanted to do something fresh and new. A student of mine once described my work as “the sound of cyborgs dancing around a ritual bonfire”, and that’s generally what I tell people when they ask what kind of Music I make.

Is there a specific message that you’re attempting to get out there?

There is, but it’s difficult to put into words. It has to do with the unity of the organic and the technological (and living responsibly within that awareness), and it has to do with the conscious/constructive expression of primal emotions in a group setting, and it has to do with transmuting our toxic cultural conditioning into something more life affirming… Like I say, it’s hard to put into words. If it could be communicated verbally I guess I would just write a book, but Music is able to communicate on a much deeper level, so I think it can be a more powerful tool.

What do you enjoy best about performing live?

I’ve always been most interested in performing live, it’s my preferred way of listening to Music and it’s the environment that I  envision people experiencing my work in. There’s a connection that’s engendered when people dance together, and when they sing together, that’s beyond words, beyond any kind of intellectual understanding. I’ve seen audiences get into a flow together where every single person in the room is expressing themselves with reckless abandon, nobody is holding back. Those are the kinds of experience that have changed my life as an audience member, and it’s what I’m always trying to create space for and invite in when I play live.

Do you plan to go on the road with your music?

I’ll be touring Western Canada in the last half of February, and playing Canadian Music Week in May. I’ve been playing in the regional festival circuit for the last few summers and I’m planning for that to happen again this year as well. Beyond that I have some thinking to do about how to tour in a sustainable manner, both environmentally and personally. Of course, I want to play all over the world but a big part of me asks whether I can do that without pumping a bunch of garbage into the atmosphere. It’s an ongoing debate I’m having with myself.

What are you influenced by either musically or by life?

I’ve had a lot of experiences with Music that have been really influential, and I tend to think of those before I think of any particular artist. It’s those times when the ego takes a back seat and I can be fully absorbed either as an audience member or as a creator that I really live for. But if we want to look at other artists that I feel like I’ve gotten a lot out of… Mogwai, Tool, Daft Punk, Funeral Songs&Quadrant Khan, and Bjork, have all been pretty important to me at one time or another. As far as things that have influenced how I approach Life, that’s a whole other can of worms. Aside from the obvious things like my parents and where I grew up, I’d say that Burning Man and a local festival called Ness Creek have been pretty significant  influences.

I think that the next steps with Sleepwreck are incorporating more live instrumentalists (I’ve just started working with a drummer and I’m really excited about that), and I’d also like to take things to the next level with my longtime collaborator Dr. Isocellator on the lights/visual aspects of the live show. I’m planning on releasing another EP later this year with a more raw, trance-y kind of vibe, and I have another couple of singles that I’d like to put out. After that I’d really like to take some time just play with Music for a while and reconnect with that free, open, goal-less mindset that a lot of good things seem to come from.

I love the primitive war paint….how and why was your name invented?

The name “Sleepwreck” just snuck into a sentence I was speaking like 10 years ago, and I thought it sounded like a cool band name so I kept it in my back pocket. There are a lot of connotations to it, the most obvious one being that I lay awake thinking about Music a lot, haha XD

The whole ritualistic vibe with the warpaint has grown organically over the past several years, and become something that’s really exciting to me artistically. I painted my face for my first really big show and it felt really good, and it just kept growing from there. First I started painting faces in the audience, then I started getting Priestesses to do face painting and burn incense and wave black flags… The most ambitious embodiment of the aesthetic has been an event called Crucible that involved sculptures built out of driftwood and circuit boards, a ceremonial entrance procedure with blindfolds and chanting, it was this whole post-apocalyptic dance ritual that I feel had a lot of power to it. I’m insanely lucky to be surrounded with really talented, dedicated, passionate people (my partner/High Priestess Cassandra, my great friend and longtime collaborator Dr. Isocellator, and a tonne of other folks in the community), and I really hope that we can keep doing Crucible and take it to the next level together.

If you could perform any where in the world, where would it be?

I would be super excited to do a huge Crucible theme camp at Burning Man, or like a 2000 person Crucible festival at the Ness Creek site. That, to me would be amazing.

You can listen to Take it apart here .