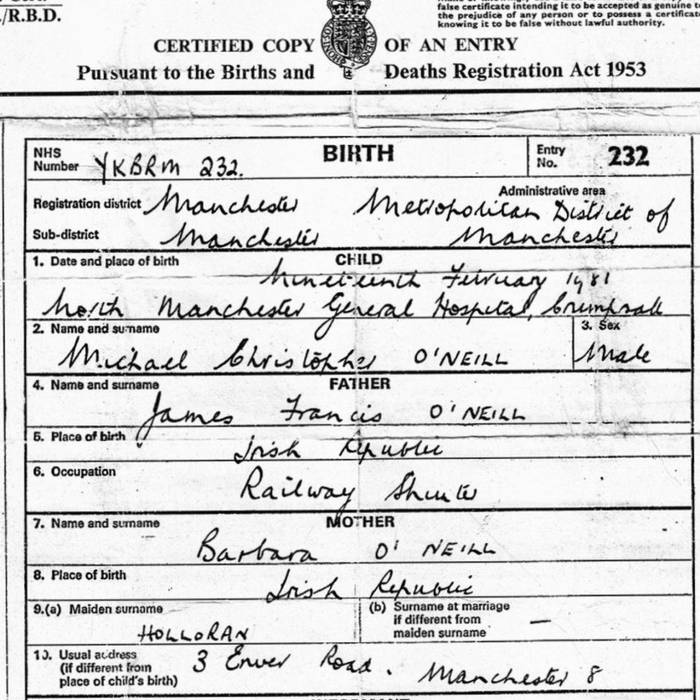 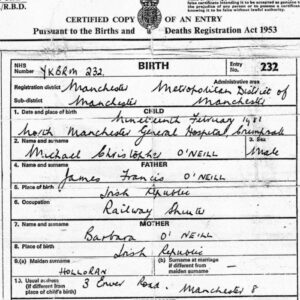 State of the Nation address by Michael O’Neill who spits fire and brimstone over lo-fi beats and twisted soundscapes. Simon Tucker reviews.

“I’ve had enough of this avant-garde shit”.

So says poet and sonic manipulator Michael O’Neill on his latest spit-and-sawdust rage speech opus The Binary Order. Well we know how you feel Mr O’Neill. It seems like a daily occurrence now where a new experimental musician decides to announce themselves and their music via Soundcloud links and a wannabee-Zomby Twitter persona. The experimental musician-as-snarky-online-presence has been done to death and often covers up for a weak musical output…but there are a few who reserve their snark for their music using all that rage and need to perform within their art. When brutal honesty meets brutal beats we get the harshest beauty and it is within this realm that sits The Binary Order. At its best this is an album that hooks you in with a cyclical nature. Its uneasy balance between the swing of hip-hop beats and the most grim-sharp electronics make it a natural fit for fans of The Pop Group (Mark Stewart being a vocal supporter of O’Neill) or Cabaret Voltaire. Then there’s O’Neill’s words.

The Binary Order is a speedy rant and serene sermon clashing in the middle. The highs are plenty. There’s the highlight of Modern Industry which manages a full-blown magicians trick of managing to marry the drone ambience of Laraaji, the deep rhythm of early Underworld and the on-point narrative skills of Nick Cave. Modern Industry is a play/repeat/play type song and it is far from being the only one on the album. The faux-liberal attacking Cultural Capital has words that prick and linger. Saddled With Fear is Northern squat-jazz that’s snotty, intelligent and persuasive.

The Binary Order does have moments which should allow it to be embraced by a more mainstream audience. Breakneck Pace, Orchestrated Entertainment and Skeleton Convention all swing with a swagger and will appeal to fans of the more indie-driven side of the famous Northern sounds but it is on the more experimental side of the album where you will find its true power.

Michael O’Neill has walked a fine line with The Binary Order. He has managed to make an album (with the help of Sam Weaver and Danny Saul) that is unafraid to be bold and experimental whilst also allowing moments that will hopefully bring him a bigger audience whilst consistently maintaining a high benchmark in wordplay and delivery. The Binary album is as funny as it is angry and should break on through to many of you looking for a soundtrack to your own personal revolution.