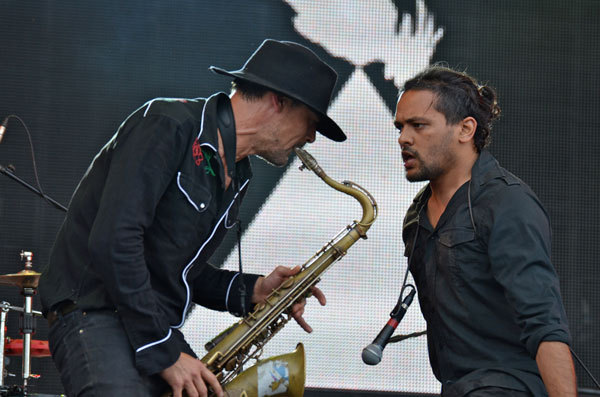 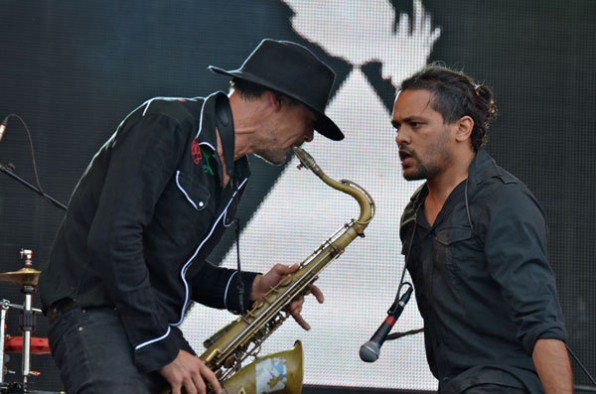 It’s a well-known fact the psychedelic jazz meets afrobeat fusion supergroup Melt Yourself Down are always one of the hottest live tickets in any town they ever play, so news that they’ve got a gig lined up with none other than American saxophonist and key No Wave man James Chance should, by rights, cause the whole internet melt ITSELF frickn down. Details after the break. 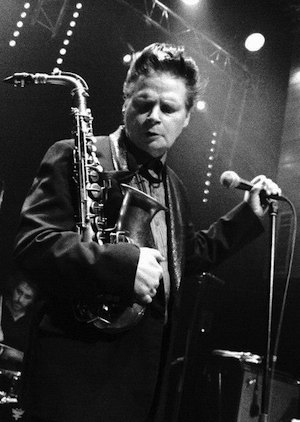 The mind can only boggle at the thoughts of James Chance (Teenage Jesus and the Jerks, James Chance and the Contortions etc) versus Pete Wareham (Acoustic Ladyland, Polar Bear). Mine has been doing since I heard this news. Apocalyptic saxophonists both, put them in the same room together playing off each can only result in one of the most thrilling live spectacles ever to be witnessed on a stage in London surely? One can only hope that, like MYDs incendiary last London show the recording equipment’s going to be out to make another RSD release as per their “Live At The New Empowering Church” release last year (which you can stream at the foot of this page)! The date for your diary is November 5th, the venue, Village Underground. Be there or read a review on here a day or two later I guess.

James Chance, of course, wrote the song from which MYD took their name so we’ve been freewheeling towards this for some time probably. This will be Chance’s first UK appearance in years and it marks the 35th anniversary of the classic Contortions’ album Buy. Melt Yourself Down and Chance appeared together in New York earlier this year, where this collaboration was conceived.

MYD, for those who don’t already know, feature as they do Pete Wareham himself, along with members of, Sons of kemet and The Heliocentrics (Shabaka Hutchings), Hello Skinny, Sons of kemet, Mulatu Astatke (Tom Skinner), Acoustic Ladyland (Ruth Goller), Zun Zun Egui (Kushal Gaya) and Transglobal Underground (Satin Singh).

The concert marks the final night of the Illuminations festival, a series of specially curated music, arts and film events taking place in London this autumn. Tickets for the London show go on sale at 9am this Thursday 17th July.