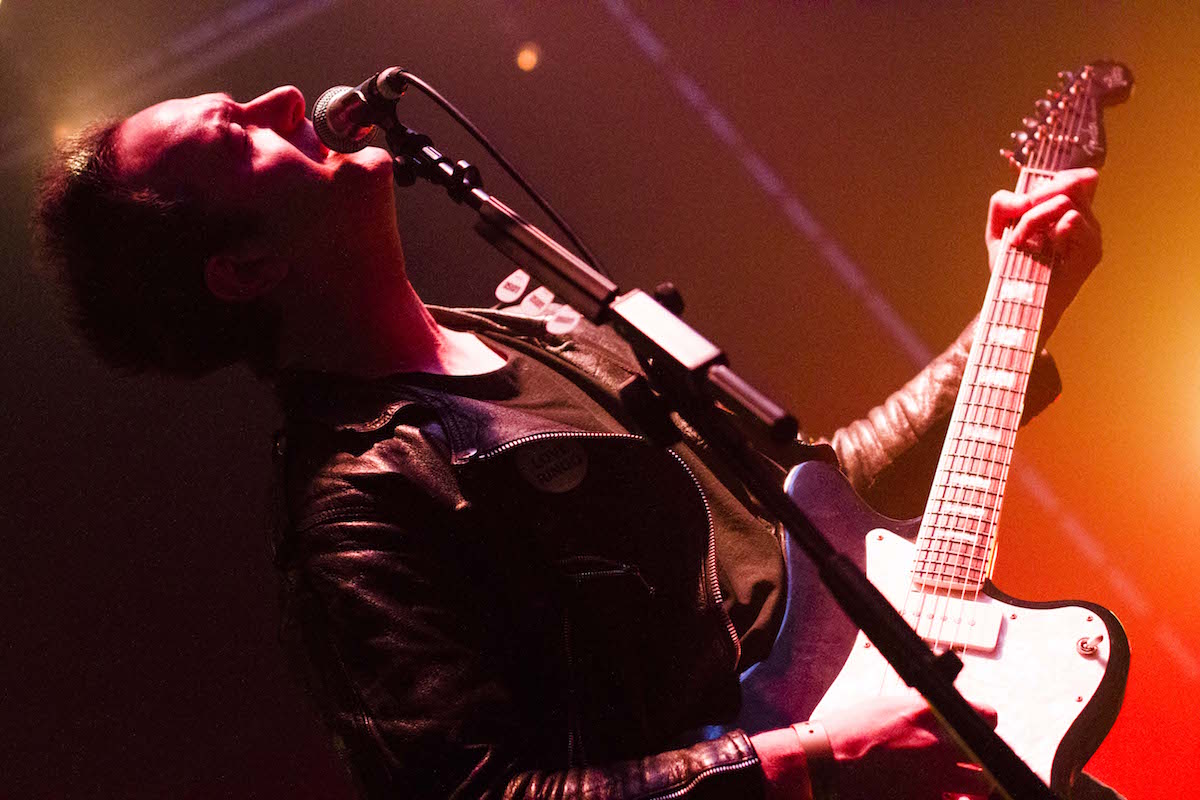 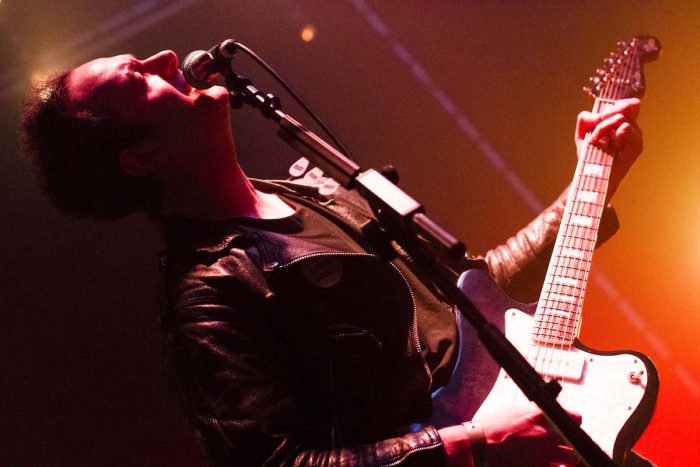 A brilliant first day packed with new and exciting discoveries, Meet The North have truly outdone themselves this year!

Having opened the weekend in style taking over three of the largest venues in Newcastle, this years Hit The North festival was already off to a flying start. However, the best was yet to come, first up Meet The North with a plethora of predominantly new acts there was a veritable smorgasbord of exciting new discoveries out there today.

We kick off with a band who’ve we’ve been fond of for a little while, playing in a pub basement The Van T’s kick things off in ecstatic style. Their angsty garage rock the perfect aperitif for this day of madness, the likes of Fun Garcon and Fresh Meat sounding excellent today. They seem to be on the cusp of something bigger and we cannot wait to see them push through that as they really do deserve it.

From thrashing riffs to the mellowed out psych pop of Mellow Gang, these two bands could not be any further apart. Their blissed out tracks are the perfect soundtrack for this warm summers day, there is something wonderfully dreamy about Mellow Gang and it’s a welcome relaxing change to the ferocity of The Van T’s. Their single Vendetta is the obvious highlight but this will certainly not be the last we hear of Mellow Gang.

Queen Zee have been on our radar for a long time and were a late addition to this bill, but certainly a welcome one. They’re in fine form this afternoon Queen Zee struts around the stage exciting the crowd, and later joins the crowd. However, it’s the bassist Frankie French that truly steals the show with his incredible dancing. There is something wonderfully refreshing about these guys, they’re quite clearly having the most fun and so is every member of the crowd, they close out their set with an emphatic rendition of Sass Or Die which leaves everybody eager for more!

Sunderland’s Roxy Girls are next up with their own brand of North Eastern Punk, taking multiple nods from the likes of The Futureheads, their angular punk sound is packed with hooks that quickly has this crowd nodding and singing along. Unfortunately, it appears to be a set littered with technical issues, but it doesn’t detract from these guys’ brilliant sound. Every time we’ve seen them they’ve become increasingly infectious and exciting, they’re certainly ones to watch out for!

Teesside’s Dressed Like Wolves also seems to be plagued by technical issues, with his usually quiet and delicate songs almost over roared by guitar issues. That sweet and heartfelt sound that he is known for still emanates through his lyrics and makes for a well deserved break from the otherwise all out aural onslaught which seems to be taking place in every other venue.

One band that certainly continue that onslaught are Glasgow’s Shredd, who quite frankly blew us off the face of the earth. This trio appear to have ingested all of Thee Oh Sees records and re-interpreted them in their own frantic manner. It is without doubt one of the highlights of the day, they leave multiple jaws on the floor with this astounding short set. They appear to have it all and without doubt they will go far, we already cannot wait to see these guys again!

FEHM were next up their dark post punk sound casting a heavy shadow over proceedings, their annoyance, angst and misery oose from every single song. It’s an extremely impressive set, their tracks thick with heavy bass the spoken lyrics hitting home every time. There’s a real anger that runs through every track but it feels so poignant, they’re readying a debut album and we really cannot wait for that as it is sure to have a huge impact.

We finally catch Swine Tax next the local trio have been one of the most talked about bands on the scene for a little while, and rightfully so. With the majority of their influences coming from 90’s Indie Rock they’re sure to be a hit. It is a truly impressive set as they channel all of these influences into their own distinct style, they really strike a cord with us today and their last single Feels Like is definitely one of the highlights of the day. These guys have a brilliant sound and we really can’t wait to catch them again as soon as possible!

Next up are an established band, in fact they’re celebrating the 10 year anniversary of their debut album. Glasvegas ten years ago were the hottest band around and rightfully so, their tracks full of stomach pounding bass and reverb soaked guitars. This self-titled debut was one of the finest of its time. Tonight the band take to the stage and play the whole thing in full and in its original order.

You simply cannot fault Daddy’s Gone, Flowers and Football Tops, Geraldine or the incredible Go Square Go. All of which incite huge reactions from this packed crowd, there is no doubt that this album still feels relevant and exciting today. There is still every ounce of passion and excitement behind every track, it’s a brilliant addition to this packed line up and it is a truly special set from Glasvegas and a definite highlight.

The last band of the day for us are the mustard clad purveyors of noise rock Shy-Talk, since being bowled over by their first gig. Not much has changed for this north east supergroup apart from they’ve continued to be brilliant, tonight with all but the lead singer clad in rather fetching mustard tracksuits they set about thrilling this packed crowd. A feat which is easily achieved with tracks like Crisps, Warlord Of The Dance, and Isotonic Youth you cannot help but be impressed by them.

However, it’s closing track Cool Your Jets that leaves everybody wanting more, the chants of Don’t Be A Prick can be heard long after the track has finished. Shy-Talk are always exceptional and yet again they prove this tonight, we’re completely blown away by them and they deserve to be heard far and wide, thus we urge you to check them out at your earliest convenience!

They round off an exceptional day at Meet The North, a true triumphant with bands from across the country showcasing their wares. The likes of Shredd, Queen Zee and Shy-Talk all steal the day in one way or another for us, similarly it leaves us even hungrier for the main event!