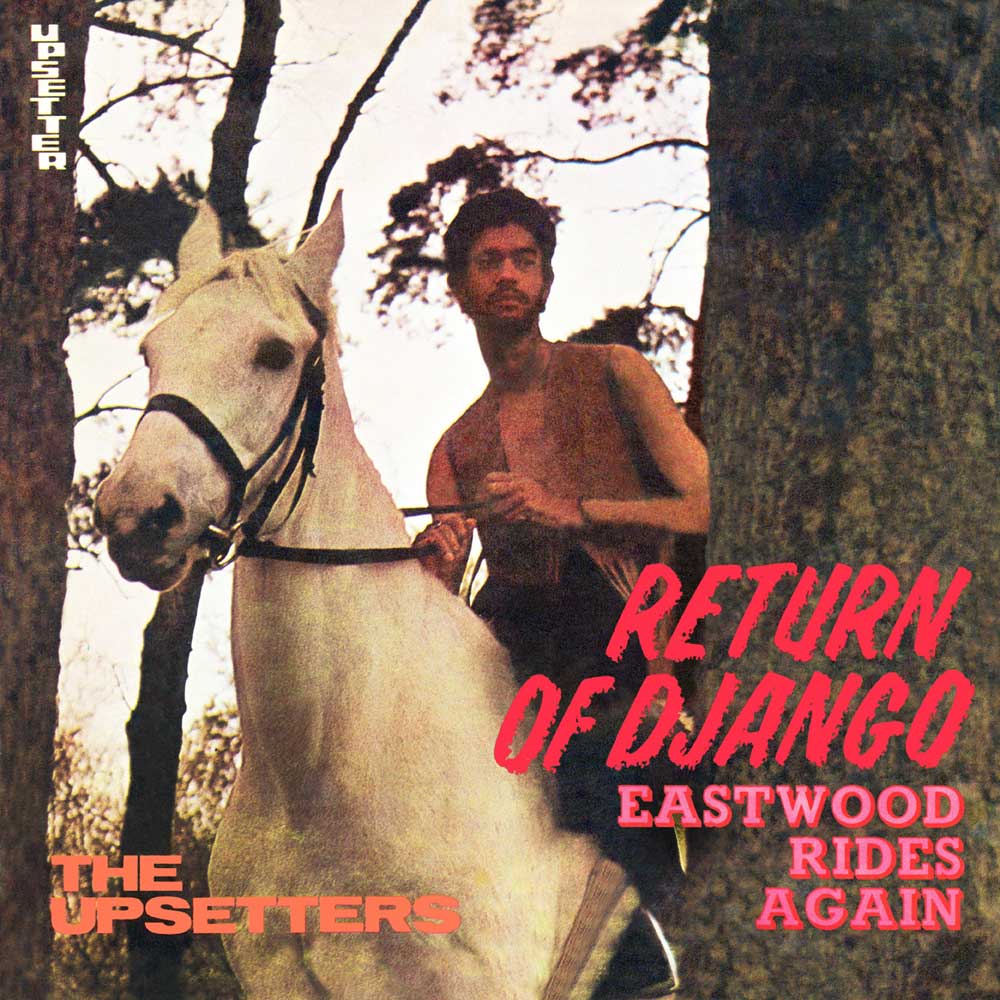 Reissue of two classic Skinhead Reggae albums helmed by the one and only Lee Perry, including the big UK hit single Return Of Django….LTW’s Ian Canty travels back to that brief moment in time when the organ instrumental was king…….

Lee Perry had already been rattling around the Jamaican music scene for about a decade before Return To Django hit the UK charts in 1969, the key year for Skinhead Reggae. Having either worked for, or in partnership with, most of the island’s production bigwigs like Coxsone Dodd, Prince Buster and Joe Gibbs, he struck out on his own with the Upsetter label he launched in 1968. A house band began to take shape under the name of the All Stars (who included organist Winston Wright, the keyboard player on The Liquidator and arranger Gladdy Anderson), who would become the first version of the Upsetters.

It was when the band were working on a version of the R&B number Sick And Tired that the Return To Django single clicked into place. Unsatisfied with any vocal takes, Perry decided to use Val Bennett’s saxophone upfront (with a similar line to the horn part in Bennett’s Baby Baby track) and retitled the cut Return To Django (Perry was taken with the “Spaghetti Western” craze of the time). The disc was credited to the Upsetters name and thus began a short and eventful career.

Initially this tune was unsuccessful, but picked up favour during 1969 after being used in a Cadbury’s chocolate TV advert in Britain. On the back of that it reached the top five there as both the newly settled ex-pat Jamaicans and the new skinhead obsessives of Reggae sound took the jerky instrumental to their hearts. Attempts to capitalise on this success were hindered by Perry having, ahem, a spot of domestic trouble and a money spat with the All Stars which led to the Hippy Boys (the bulk of which would later become Bob Marley’s backing band) becoming the “new” Upsetters.

The hit was a variation to the main theme of the parent LP. The true instrumental schtick of the Upsetters was with the organ as the lead and their recordings quickly became hugely popular with skinheads in the UK. This style seemed custom built for dancing and Return Of Django, the album, was stuffed full of cool examples of it. Though it was somewhat of a piecemeal effort in its construction, put together in a rush while the band were “hot” after the hit, there was plenty in the Upsetter vaults which could be manipulated to give the album substance.

As you would probably realise given the above, there’s not much to go on of actual songs or even words, bar the odd echo-laden Perry intonation. But what the album lacks in lyrics it more than makes up for in original Reggae grooves, where it is second to none. The Reg Dixon/fairground style keyboards are heard to great effect on the excellent Cold Sweat and Night Doctor varies things a little by showcasing some very low organ notes with a breakdown section and solid skanking rhythm, all rendering it a very cool example of original Reggae indeed.

Eight For Eight, appropriate the eighth selection on Return Of Django, features a DJ style intro which are the first vocal sounds on the LP. The pared down Man From M.I.5 was a big hit with the skinheads, as sharp as a crisp new Ben Sherman and Ten To Twelve uses as its basis the old chestnut By The Light Of The Silvery Moon to construct a solid Reggae winner with some nice saxophone too. On the closing Medical Operation the guitar for once gets the lead role and the Funk tinge to the rhythm is a precursor of what would take a more solid shape later.

The follow-up record Eastwood Rides Again, which again referenced Westerns in both its title and sleeve, was somewhat different to Return To Django. Well, at times it was. The Hippy Boys had brought with them a different emphasis in their rhythms, which bore the sign of a certain amount of influence from the US Funk that was also making waves at the time. Their backing tracks rubbed shoulders with older items from the All Stars in a more standard Reggae style, which gave the album a somewhat disjointed feel. By 1970 the skinhead cult had passed its high water mark, so this diversification from the sound of the previous Upsetters’ LP could have been seen as a sign of moving on too rather than mere happenstance (which is almost certainly was).

In fact it was probably banged together in a rush, with not enough time and/or finance for totally new recordings, meaning that items from up to two years beforehand sat alongside newer material. Having said that, most of the contents are pretty good and the new rhythm section of the Barrett brothers really cooks on the funkier tracks.

The tight Funk moves of Popcorn, for example, are closer to the template set by James Brown’s backing band the JBs than anything off the first album. Later, the excellent Red Hot is practically bare bass rumbles aided by low-key percussion – it’s a gem of stripped back to the bone Funk. A couple of tracks, You Are Adorable and Capsol, veer dangerously close to MOR Reggae with some syrupy sax, but most of the older material is still custom-built for Moonstomps, with Return Of Django’s flipside Dollar In The Teeth being particularly swell and Sir Lord Comic’s toasting on Django perfectly placed to benefit from the DJ talkover craze which was Reggae’s latest wrinkle. There’s hints of Dub coming in too – Hit Me still retains, if you really listen hard, part of the original vocal track mixed way down!

This is another really nice reissue from Doctor Bird, with an authoritative sleeve note provided by Reggae historian David Katz and an excellently designed booklet and sleeve. These two albums display the creativity of Lee Perry finally striking out on his own and his ability to make gold out of odds and ends. The first album in particular documents the time when Reggae music gained widespread credence beyond the shores of Jamaica and won many fans hearts for good. The second signposts the way to the Dub excursions he would later perfect and probably contains some of the most Funk influenced material in his entire canon. Both are worth any Reggae fan’s attention.