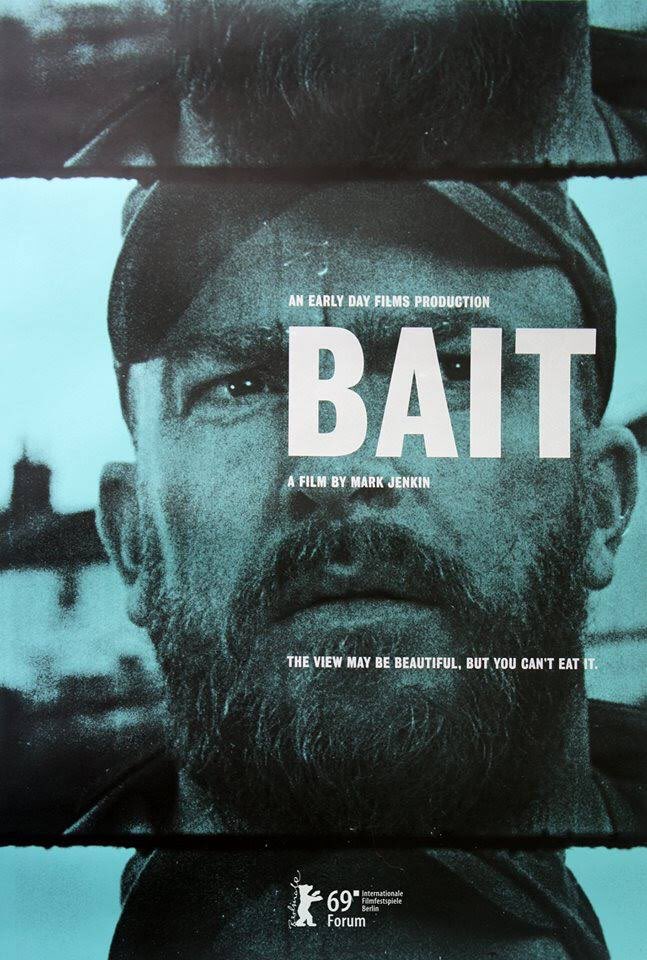 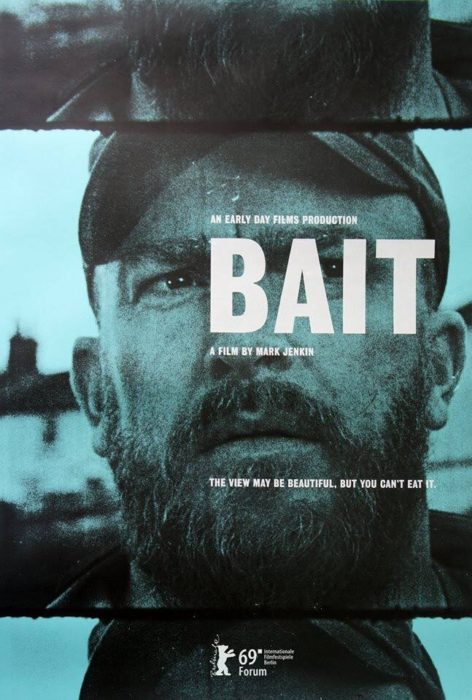 Out now digitally with vinyl to follow in January

Mark Jenkin’s score for his own critically acclaimed film Bait has recently been released via Invada Records. Simon Tucker reviews.

There was a moment when I was listening to Mark Jenkin’s score for Bait where I realised the whole world had drifted away from me and I had been entranced by this music for well over two hours. The cyclical and droning nature of the score had fully enraptured me and I realised that what I was hearing was not only the work of one of the most exciting fresh talents out there but also one of the single greatest scores of the year. But before I get all gushy lets give you all some background on the film which this music was created for.

Bait has been one of the surprise independent hits of the year with the ever reliable Mark Kermode describing it in the Guardian as “one of the defining British films of the decade”.  Shot on a low budget using a vintage 16mm camera and monochrome Kodak stock, the film (according to the BFI) is about “modern-day Cornish fisherman Martin (Edward Rowe) who is struggling to buy a boat while coping with family rivalry and the influx of London money, Airbnb and stag parties to his harbour village. The summer season brings simmering tensions between the locals and newcomers to boiling point, with tragic consequences.”

I have to admit I have yet to see the film itself (I know I know) but when I heard the score was to be released by Invada Records I just had to hear it and as I have mentioned in my opening to this review I was transfixed and the score has not left my side since.

Jenkin’s score focuses on the beautiful art of drone and over the eight pieces presented here we hear slight alterations to a repeated theme which over the course of the album slowly gets more and more insidious and tense. The album starts in a stark and hymnal fashion almost soothing and meditative with the sounds bringing the blues and blacks of the films publicity posters to vivid life. Scattered throughout are snippets of dialogue which help you picture the film if you, like myself, have yet to see the film. Jenkin’s mastery of drone is to be greatly admired as he never falls into the trap of repetition for repetition’s sake with little nuances being introduced almost subliminally throughout each track. The whole album ebbs and flows like the tide and it feels like a piece dedicated to the sea itself with all the wonder and danger that that vast body of water holds included.

Whilst sonically different in many ways, Jenkin’s score reminds me of the work of that other Director / musician John Carpenter in the way that both artists use a raw and minimal canvas to invoke such thrilling textures and they can both stir up a myriad of emotions in the listener whilst never having the standard backing of orchestra and resorting to obvious emotional manipulation. Jenkin allows you yourself to pull from the music whatever you wish and the whole album serves as a gorgeous guide into your own psyche.

This is easily one of the best scores of the year and Mark Jenkin has not only proven himself to be a filmmaker of the highest order but one of the most exciting film score composers of recent times.