Home festival In the Round, Roundhouse, London – preview 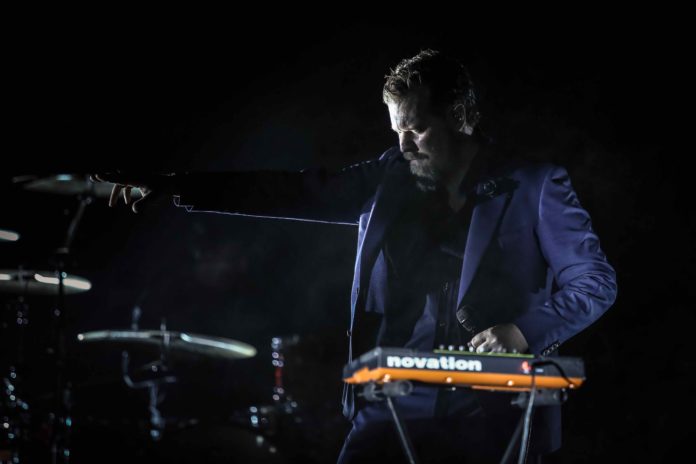 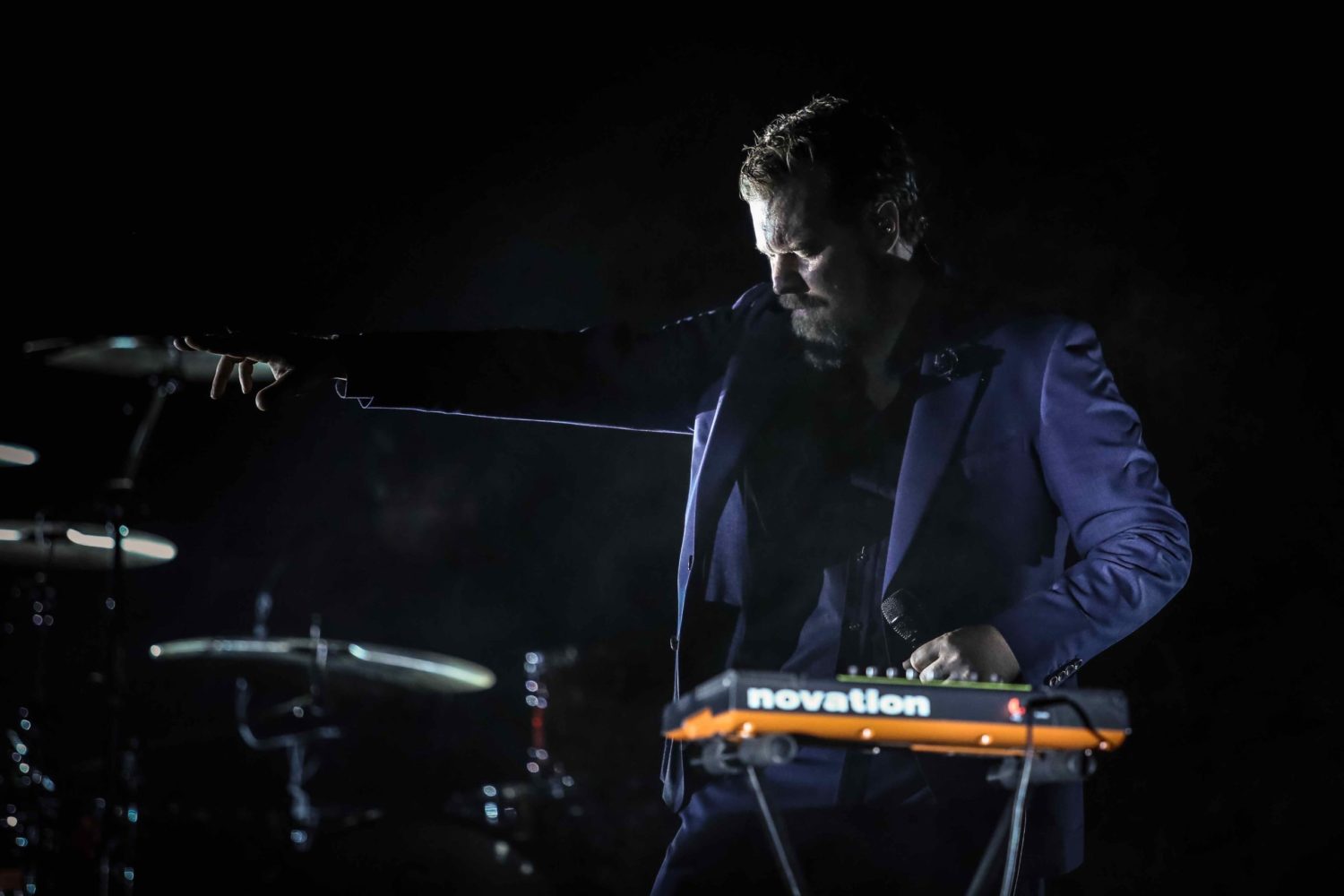 John Grant and Alice Russell join In the Round line-up

London’s Roundhouse has announced two further acts to appear as part of 2020’s In the Round: John Grant will presents music from across his career in an exclusive, rare stripped-back show while Alice Russell will perform brand new material from her forthcoming album. 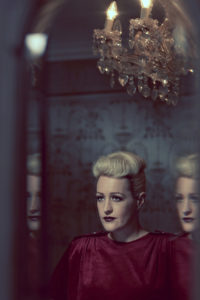 ALICE RUSSELL (“One of the greatest voices we have in this country.” Jamie Cullum)

Alice Russell has one of the UK’s finest soul voices, praised by a diverse range of people such as Gilles Peterson, David Byrne, Dennis Coffey, Massive Attack’s Daddy G and Lauren Laverne. She has also lent her strong, emotional tones to releases by Mr Scruff, Quantic, DJ Yoda and Nostalgia 77 (remember that Seven Nation Army cover). But following her first release, Under The Munka Moon, she’s best known for her records with long-time producer and bandleader TM Juke. From their debut album My Favourite Letters through to To Dust, they have made some of the most arresting blues soul since the glory days of Aretha. Russell is an entrancing presence whether on a big stage with her 16-piece band or in an intimate club with a stripped down six-piece band. She is currently working on a new album set for release in 2020.

In contrast to his current album, John Grant will perform a very rare, stripped back show in a duo format playing songs from across his celebrated career. An unmissable In The Round ‘special’.t’s almost ten years since John Grant released his debut solo album Queen Of Denmark lacing sumptuous soft-rock ballads with spacey synths and icy soundscapes. Since then, Grant has released a further three solo albums, each evolving so that his enduring love of synth pop now takes centre stage. What remains constant though, is his distinctive, rich baritone voice and exquisite songwriting. It’s his songs – sometimes brutal, often heartfelt, always unblinkingly honest and laced with his trade mark candour – that earned him a BRIT Award nomination for International Male Solo Artist in 2014. His most recent release, 2018’s Love is Magic is his most electronic record to date. Its fast-paced collection of electro synth pop confessionals and disco workouts marry sharp, witty diatribes with melancholic ballads, marking Grant as one of today’s most compellingly idiosyncratic artists.

FULL In the Round LINE UP

JORGE DREXLER + support (“…an eminence across the Latin diaspora, his songs much covered and graced with awards.” The Observer)

Critically acclaimed singer songwriter Jorge Drexler is a man of many talents. Born and raised in Uruguay, he studied medicine and worked as an ear, nose and throat specialist before throwing in the towel to follow his dream of being a musician. With 13 albums, 5 Latin Grammys and 1 Academy Award, it seems the medical profession’s loss was the music world’s gain. His recording career began in the early 90s, but mainstream success came with his seventh album, Eco, and its 2005 Oscar-winning song Al Otro lado del río (The Other Side of the River), which featured in the 2005 Ché Guevara biopic The Motorcycle Diaries. The first Spanish-language song in the Academy’s history to win Best Original Song, it introduced Drexler to a far wider audience outside the Spanish-speaking world. His talents also extend to writing a ballet, Tres Hologramas, which premiered at the National Ballet Uruguay as well as acting in Daniel Burman’s film La suerte en tus manos. 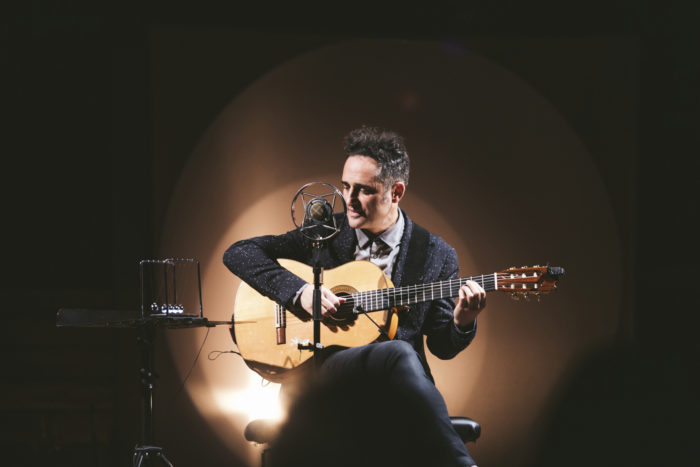 For his appearance at In the Round – his only UK appearance – Drexler will perform his new mesmerizing solo show, Silente. Highly visual with mise-en-scène, this promises to be a rare treat for diehard and new fans alike.

It’s almost 20 years since the release of Badly Drawn Boy’s The Hour Of Bewilderbeast – an album the Guardian has called a “lo-fi-masterpiece”, and which deservedly earned him the Mercury Prize for Best Album. Following the success of Bewilderbeast, he went on to write the soundtrack to the film of Nick Hornby’s book About a Boy, starring Hugh Grant, followed by Have You Fed The Fish? in 2002 which gave him his first Top Ten hit You Were Right. His prolific output continued with five more albums, including another soundtrack for the film Being Flynn, interspersed with stints in the States and heavy touring schedules. In what will be his first London show for five years, Badly Drawn Boy will be performing music from his back-catalogue alongside brand new material – and we can’t wait. 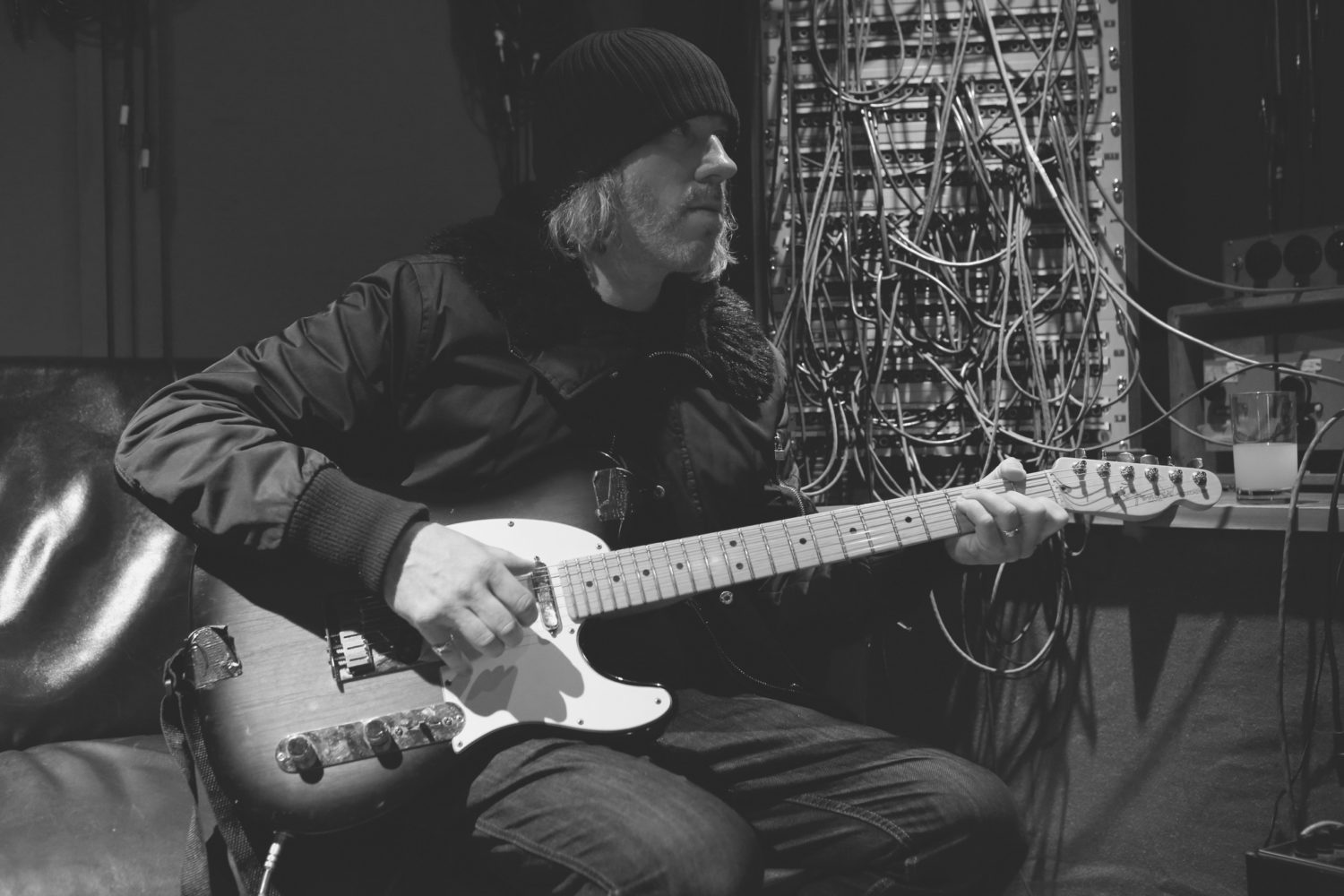 Watch Spitting In the Wind 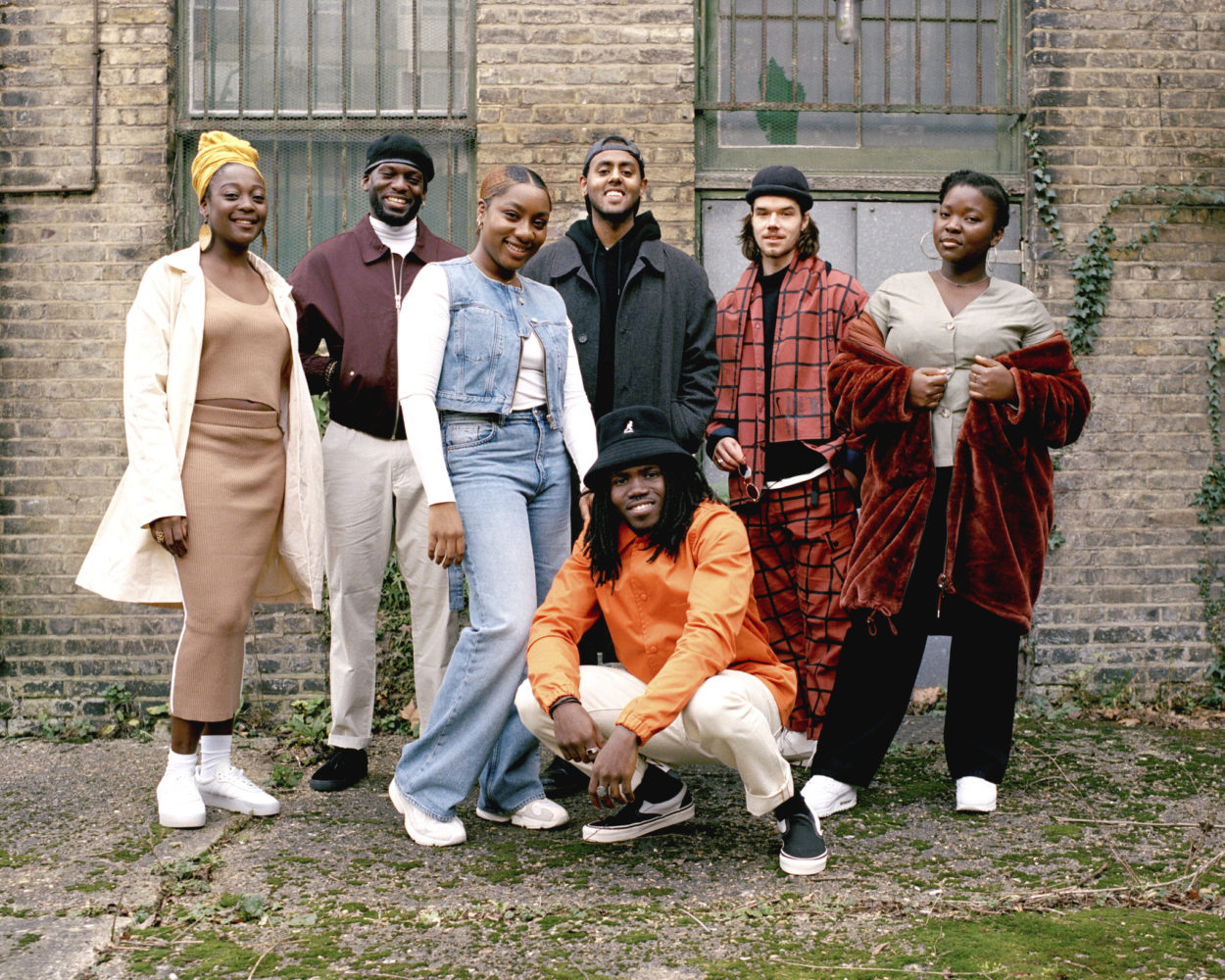 Kokoroko are another simply must-see. Blistering horns, potent energy, and a victorious spirit are what define the sound of KOKOROKO, the London based, all-star, Afrobeat band, whose 2018 seven-minute, mostly instrumental track, Abusey Junction has, to date, notched up an astonishing 32 million plays on YouTube. The track’s hypnotic, meditative vibe, underscores the band’s musical influences; a blend of West African rhythms, highlife and jazz. Adding grit to their groove, their sound is nonetheless, shaped by London. Channelling the greats of West Africa – Fela Kuti, Ebo Taylor, Tony Allen – through a jazz-rooted approach, KOKOROKO (whose name means ‘be strong’ in Orobo) released their self-titled debut EP in March 2019 earning a raft of glowing reviews and an invitation from Nile Rodgers to perform at his 2019 Meltdown at London’s Southbank Centre. Powered by a seismic horn section led by trumpeter, Sheila Maurice-Grey, spiritual compositions, opiating guitar lines, soft percussion and languid vocals create a collective energy that is both tender and forceful. They will be performing music from their debut EP and showcasing new material – it’s going to be an enthralling set – be prepared to dance.

FATOUMATA DIAWARA + support (“One of the finest, most inventive female singers in Mali…a classy affair that demonstrates her impressive musical range.” The Guardian)

Since the release of her debut album, Fatou (2011), Malian musician, actor and social activist Fatoumata Diawara (known as Fatou) has been hailed as one of Africa’s most trailblazing and outspoken voices. She has worked with some of the biggest names in 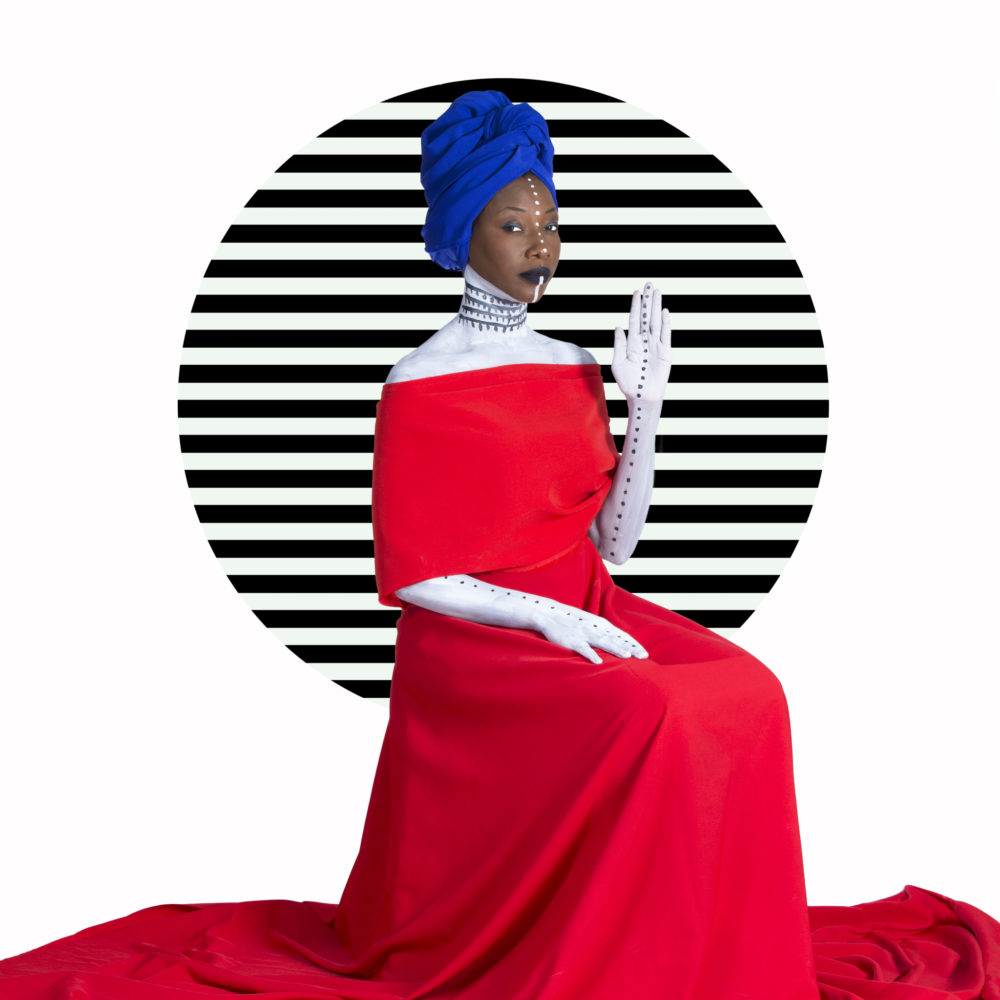 contemporary music; she’s recorded with Bobby Womack and Herbie Hancock, played Glastonbury, toured with the Cuban pianist Roberto Fonseca and climbed aboard Damon Albarn’s star-studded Africa Express, which culminated in her sharing a stage with Sir Paul McCartney. She has also maintained a parallel career as an actor including an acclaimed appearance in 2014’s Timbuktu, which received both BAFTA and Academy Award nominations. Her most recent album, Fenfo is boldly experimental yet respectful of her Malian roots; modern electric guitar lines combine with the ancient African strings of the kora and kamel ngoni, while kit drums combine with the timeless rhythms of traditional percussion. She’ll be performing material from the critically acclaimed album, Fenfo, with a full band.

Watch the video for Nterini

ANAÏS MITCHELL (“The most engaging, and in some ways, most original artist working in the field of new American folk music” The Independent)

When Brooklyn-based singer-songwriter Anaïs Mitchell released the album Hadestown in 2010, a folk opera based on the Greek myth of Orpheus, the response was extraordinary – five star reviews across the board, it was an unmitigated triumph heralding the arrival of a vital new voice and a formidable songwriting talent. Originally conceived as a community theatre project in rural Vermont, Mitchell continued developing it as a musical. Today, Hadestown is a Broadway hit and winner of eight Tony Awards including Best Musical. Yet Hadestown is just one release from Mitchell’s six-album catalogue; each, including the highly acclaimed Young Man in America, and Child Ballads for which she won a BBC Radio 2 Folk Award, draws from the tradition of folk, but with modern execution. Mitchell comes from the world of narrative folksong, poetry and balladry; her distinctive, fragile voice is beguiling, her melodies seductive and songcraft immaculate, tackling universal themes with emotional intimacy. 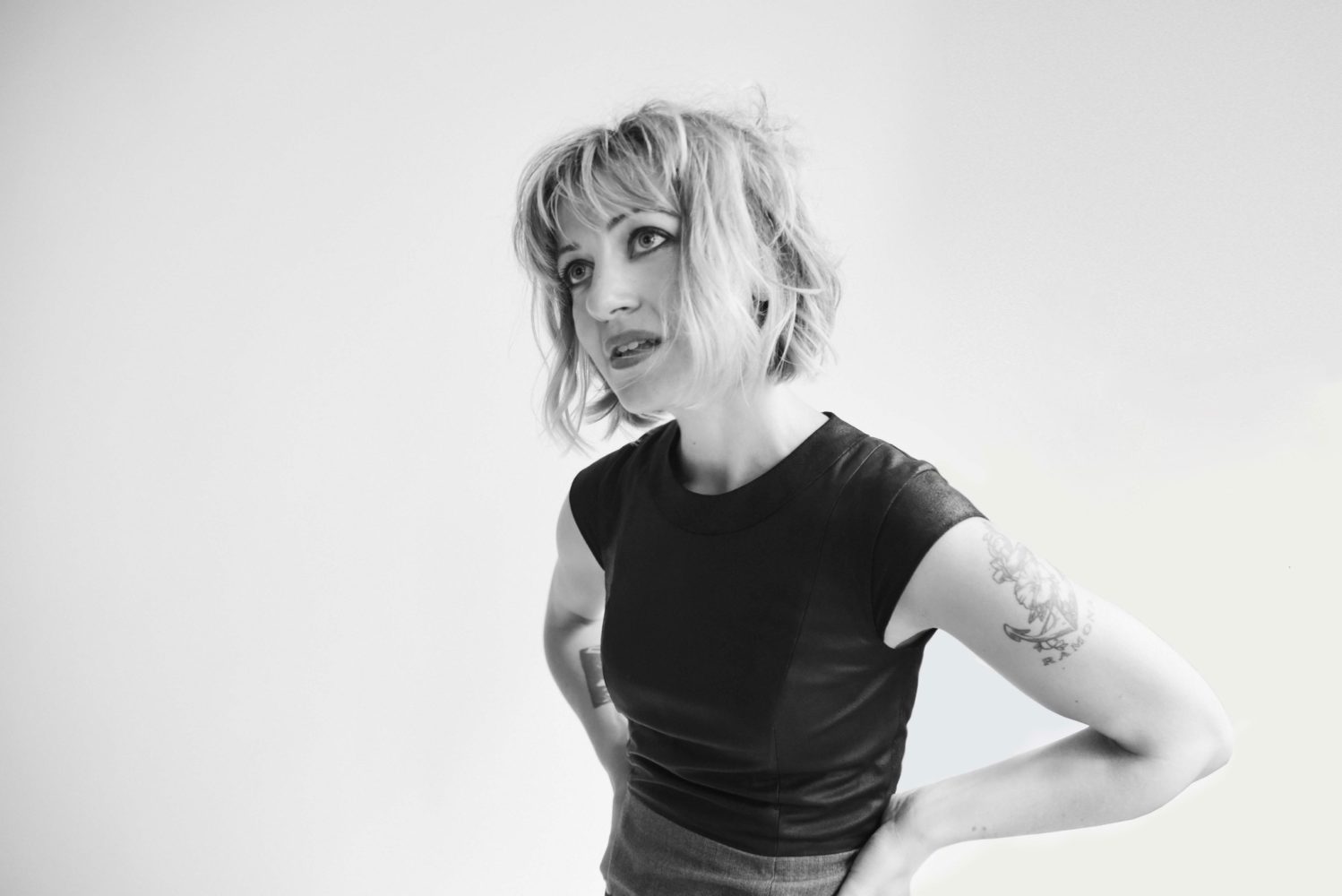 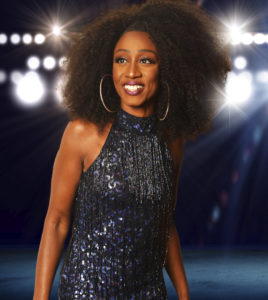 BEVERLEY KNIGHT + support (“Powering through hit after hit with force, control and vocal acrobatics…. she is nothing short of astounding to watch” The Telegraph)

Widely regarded as one of Britain’s greatest soul singers, Beverley Knight has, over the past 25 years, notched up an incredible career as a recording artist, musical theatre star, radio presenter and a stunning live performer. Since bursting onto the scene with her 1995 debut album, The B-Funk, she has scored several Top 10 albums racking up over a million sales, won three MOBO Awards, has been nominated for the prestigious Mercury Music Prize, three nominations for Best Female at the Brits and picked up an MBE along the way. Revered for her sheer vocal excellence, Knight sings with an extraordinary passion and intensity. Her staggeringly powerful soul voice, bewildering vocal stamina and exuberant live performances have won her a legion of fans. She has sung for the Queen, with Quincy Jones at his 75th Birthday concert (where Quincy himself gave her a standing ovation), with Prince, Chaka Khan, Take That, Andrea Bocelli and many more.

Beverley Knight performs In the Round celebrating the release of her new live album, BK25: Beverley Knight with The Leo Green Orchestra at The Royal Festival Hall, (released November 2019) that marks her 25 years in the business. Expect highlights from her career that include hit songs Shoulda Woulda Coulda and Come as You Are, as well as classic covers, and brand new material.

Watch a promo video for the release of BK25

Roundhouse presents In the Round – you can buy tickets here