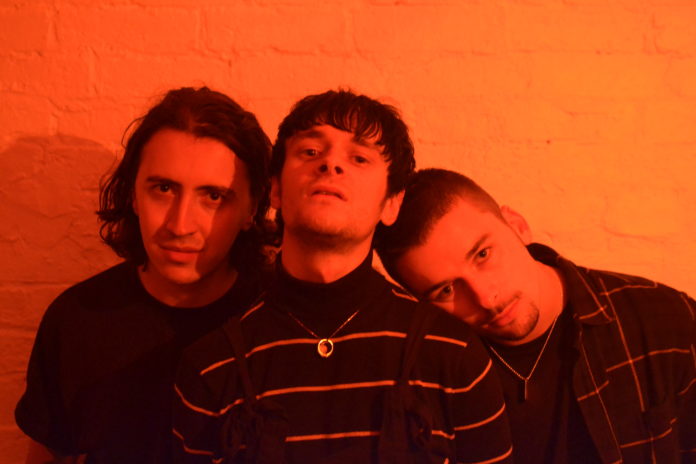 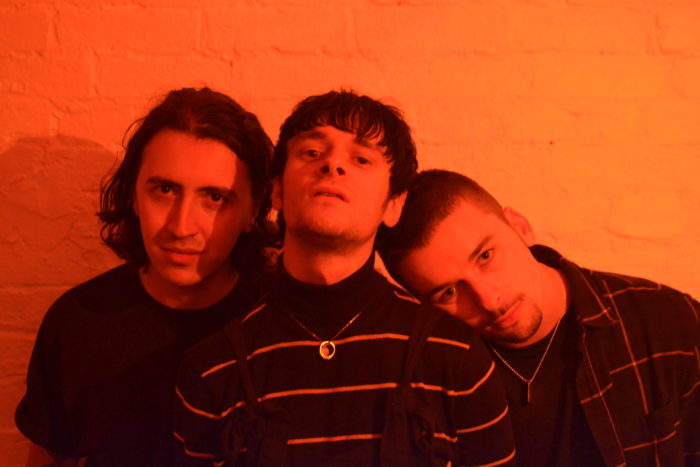 Mystic Peach: The Eye & The Twitch

If you like your new bands to be fronted by a singer who has the rakish good-looks, cheekbones and air of menace of a young Malcolm McDowell, and can switch from camp to psychotic at the click of your fingers, then this is the band for you.  He can do the McDowell scream as well ( see the video below)… and in tune.   You’ll either love him or feel the urge to give him a slap  – he’s marmite in human form, Curtis Gale – the front-man you’ll love to hate…

Curtis Gale, Joe Ingram, and Jimi Allen are Mystic Peach -yeah, probably the WORST band name since Hot Sauce Pony – but they are a three-piece powerhouse of post-everything rock’n’roll.  Surf-Noir, Gothic-Psych, Grunge-Pop, post-punk, stargaze… you name it, it’s in there somewhere.   The Wytches have the same kind of vibe… as do Bullybones – who may well have been an influence on the psychotic psych of Mystic Peach as they’ve played a lot locally before relocating to Bristol.

When I checked them out I had no idea they were from my home town – they have a metropolitan confidence and swagger – and ultra-violent hyper-sexual attitude going on.

I haven’t seen them live yet so asked around and a few friends have. This is what they said.

Crazy wild! (Tony R)
Odd and amazing (Katy C)
Enough attitude to fill the Albert Hall and a chaotic wild sound to back it up…. (Paul Groovie)

..and just an explosion emoticon from Virginia Coe.

Dressed in utilitarian drag  (Girls In Synthesis brought back the boiler-suit,  Mystic Peach favour the functional anti-glamour of the dungaree ) – and choreographically chaotic they blaze across the screen – its the wide-eyed and psychotically camp singer who hogs the attention, as singers do.   He is like a cross between Alex from A Clockwork Orange and a young Jarvis Cocker with the effete vocal-style of Brian Molko going for a bit of primal scream therapy.

A cracking video and a great introduction to the band…

For every Pistols, Pixies and Manics and IDLES over the decades whose flash and rush has translated into sales there have been bands like Scars, Blessed Ethel, Neils Children and Stony Sleep – who have made the same kind of visceral psychedelic noise with sex-and-death themes running through their musical veins – but remained cult-level  -here’s hoping Mystic Peach can rise to the top, cos, although only their second single – they look and sound like they are ready to take on the world.

Mystic Peach are a Screamage Daydream.

Next gig is 14 Dec 2019, the Honeymooner All-Dayer at The LOFT, Southampton with Gengahr, Heavy Lungs, Egyptian Blue + more. Event Page