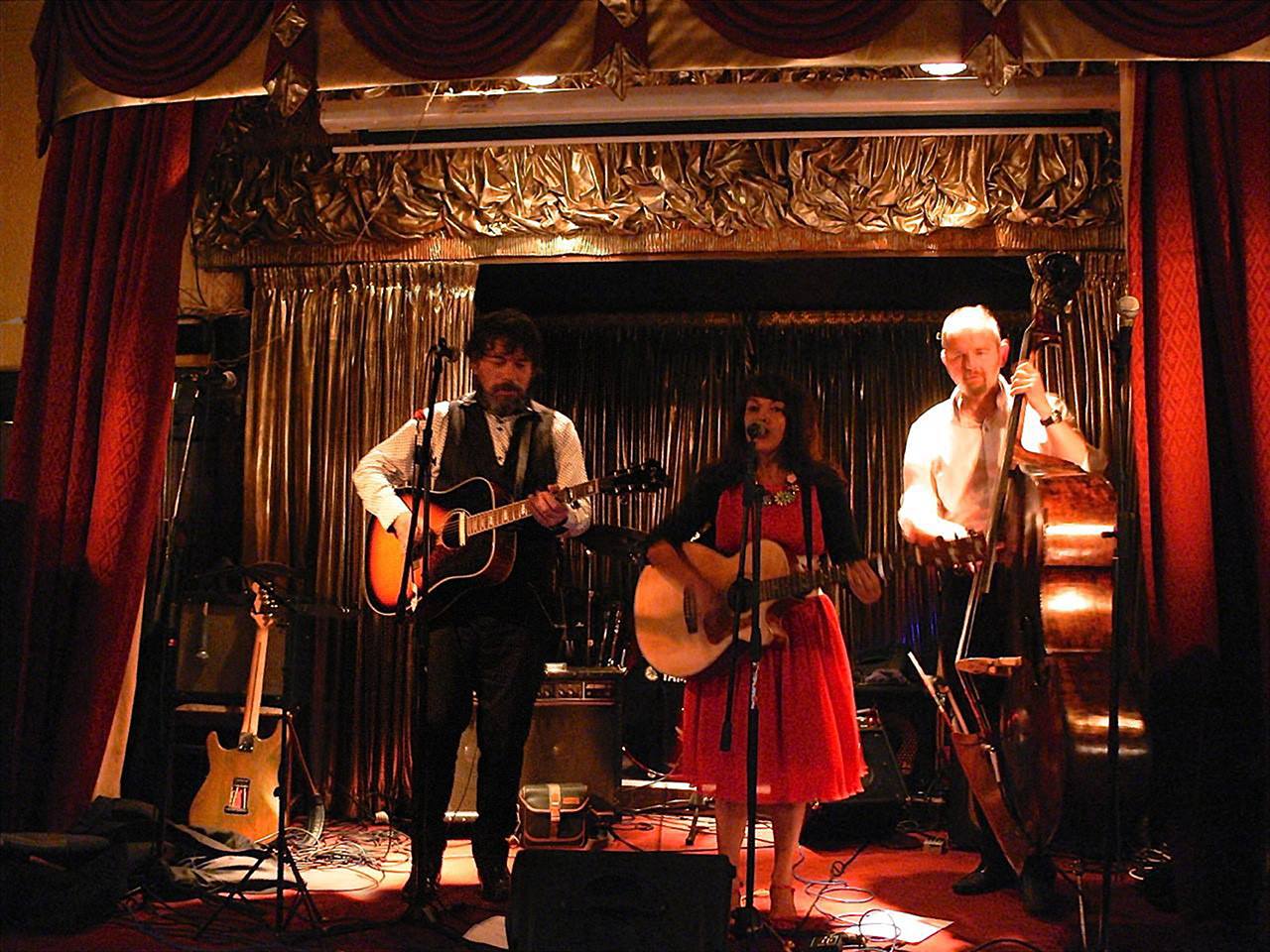 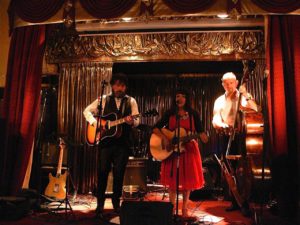 Amerikana Arkana is the debut album from The Magic City Trio, featuring Frank Sweeney of classic British indie band The June Brides, and Annie Holder, formerly of Annie and the Aeroplanes. The record builds upon the orchestration and mariachi sounds hinted at on their first EP release.

The Magic City Trio take their inspiration from pre-war country music, through to modern hillbilly noir. Their songs occupy the world of murder ballads, outlaw stories and songs of loss and economic depression. What gives the record an epic scale is the orchestration that bears the influence of Ennio Morricone and the psychedelic cowboy music of Lee Hazlewood.

Frank Sweeney has appeared on many recordings as a member of classic indie band, the John Peel-championed The June Brides, who have been name-checked as influential by Manic Street Preachers, Belle & Sebastian and Morrissey. He has also played session for early Creation Records artistes such as Primal Scream, Felt and Slaughter Joe. Annie Holder was a member of Annie and the Aeroplanes who were recently rediscovered on Cherry Red’s C88 box set compilation, released last year.

The album comes in two different formats, CD only and deluxe vinyl which also includes the CD and a 16 page book.

As a curtain raiser for the album, The Magic City Trio will be expanded to a 10-piece band to reproduce the arrangements of the recording. The album will be available to buy at the gig on 24 March 2018 at The Duke, 125 Creek Road, Deptford SE8 3BU. Further details are on the band’s Facebook page.