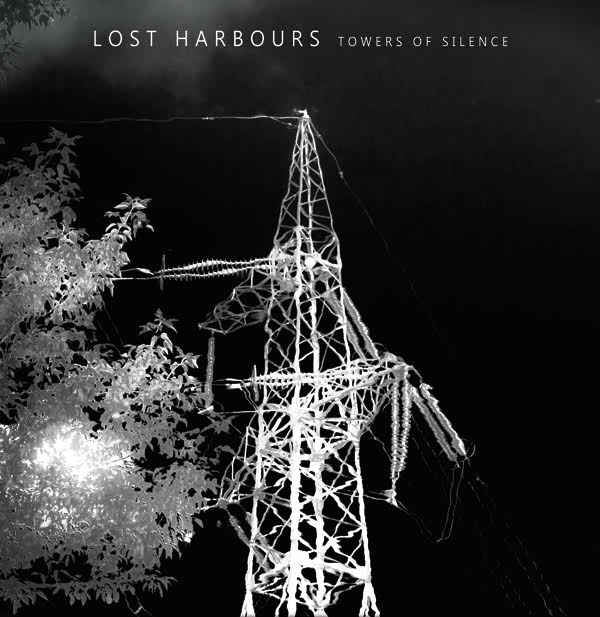 Lost Harbours are (to quote the press release accompanying this record) an “experimental free folk collective based between Riga, Latvia and Southend-On Sea.”

I can’t confess to having heard of them before receiving the CD in the post, much of my information on them is taken from this aforementioned A4 sheet of paper. Although there are many pieces of buried treasure to be found amongst the rickety old sailing vessel of British folk music, such descriptions do tend to put me in mind of feathered caps, of alcoholic beverages supped from old Saxon jugs, of fertility dances,  of cider with Rosie, an imaginary Ukip daydream of maypoles, afternoon tea and cricket matches, of All Muggleton vs Dingley Dell.

I shouldn’t have worried. As soon as I investigated the album’s first single, Lake, I knew I was in safe hands. Apparently based on the Selkie myths which the group’s lead singer, Richard Thompson, read as a child (Selkies being seal-like creatures that can adopt human form), it’s a spellbinding affair; a hypnotic dreambeast of a track wrapped around a vocal which feels closer to a Gregorian chant than any established post 15th century Western genre. It’s a captivating introduction, one which will either grab you by the ankle like a strand of green, slithery pond weed or leave you bewildered, unwilling to delve any further into the murky waters.

One of the overriding themes of the album is the concept of nature and the human race’s role in its destiny or fate, an idea expressed most clearly perhaps on the lilting acoustic ballad Two Suns. Written after a camping trip in Thompson’s new headquarters of Latvia, it questions mankind’s ability to come to terms with itself when faced with the realities (and surrealities) of its natural surroundings, the knowledge of ones’s own life, death and existence being integral to preserving nature in all its myriad forms, sounds and shapes. Elsewhere, the sombre dawn chorus of Waking and the 14 minute fogbound drone workout of Elegy are directly inspired by the Essex countryside, written in the band’s rehearsal studio and based upon the sights, sounds and smells of the world outside, a foreboding Pagan landscape still relatively unsullied by the vast technological changes which have often threatened to turn our planet into a giant robot utopia. Who knows, one day it might just happen.

The album’s closer arrives in the form of the traditional English folk song Idumea (one of two traditional arrangements, the other, Black Is The Colour, serving as the opener), a haunting blend of spooked out vocals, queasy lashes of feedback and morbid droning, ending in a chorus of bells which takes you back in time to the bat infested belfry of a Latvian castle or cathedral, despite the origin of the song in question. It’s an uneasy reinterpretation of a slice of a time largely gone, yet still lingering ominously in the forests, in the streams, amongst the willow trees and the giant hogweed, a perfect conclusion to a weighty, often difficult, yet undeniably beautiful tome.

Towers of Silence clearly isn’t for everyone. It’s an often perplexing journey into dark secrets and forgotten grounds, a portrait of our natural surroundings far removed from the chocolate box world depicted in the likes of Countryfile or River Cottage. On first listen you might not quite get it (I wasn’t quite sure what to think), yet I can almost guarantee that if you persevere with it, if you manage to make it all the way through, you’ll find yourself playing it again soon after. A gloriously unsentimental, quietly subversive, rivetingly emotional journey into the dark heart of the English landscape, Towers of Silence is Middle England’s nightmare. If only all nightmares were this beautiful.