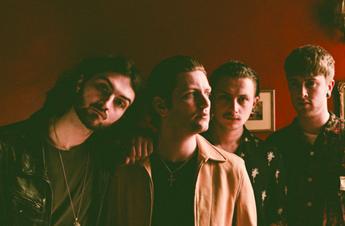 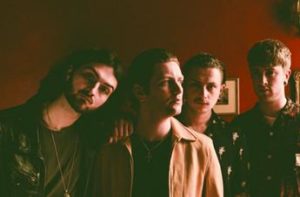 Kid Kapichi stun with an EP of bombastic rock and stunning vocal content.

Kid Kapichi are a four piece alternative rock band from Hastings. The band  members are Ben Beetham (guitar/vocals), Jack Wilson (guitar/vocals), Eddie Lewis (bass) and George MacDonald (drums). Known for their bombastic guitars and well-crafted vocals, they have been noticed by MTV Rocks and NME Radar and have seen airpaly on Steve Lamacq’s show on 6 Music. Hugely popular in their hometown, the band have recently sold out a show on the iconic Hastings Pier and have done some high-profile support slots with Rat Boy, Slaves and Fat White Family. Their self-titled EP has a short musical piece simply called Intro and four more traditional tracks. Producer Kevin Vanbergen has worked with Kid Kapichi on their debut EP, recorded at the Savage Sound Studio.

Intro does what it says on the tin by providing a heavy and menacing lead in to the EP. The drums drive the music and guitars crash like storm waves on the beach. With barely a pause the next track Take It On The Chin brings a rhythmic indie vibe to the fore. The vocals are paramount and rise and fall in small crescendos. An inventive and intriguing way of crafting a track, something which continues throughout the Kid Kapichi EP as a whole.

Waster has the feel of an anthem. The music roars into action before the vocals again take the lead. It has a sleazy sensationalism. The almost spoken vocal leads to some great harmonies. When the music quietens down, the vocals and guitars really push this into a different league making the second half of Waster the better section.

Lion Tamer has a quieter feel initially before the crashing guitars make their mark. The vocals take things down a notch giving the track a certain moodiness. The harmonising vocals are another feature, contrasting with the more driven, riff-infused sections which typify the overall feel of the song.

Boomerang has a more stylish feel and the guitars really are excellent here. The changes in tempo bring this track out as something special. When the heavier sound kicks in this track really achieves its full potential.

Kid Kapichi are a very interesting band. Their live performances induce sweat-filled mosh pits and send their fans to a frenzy. More than just noise, they blend heavy, incendiary rock with harmonising vocals and so many twist and turns of tempo the listener never tires of hearing what is coming next. They are mainstream enough to enjoy success but twist existing genres to bring together a unique sound. Kid Kapichi are being touted as ones to watch and I can well see why.