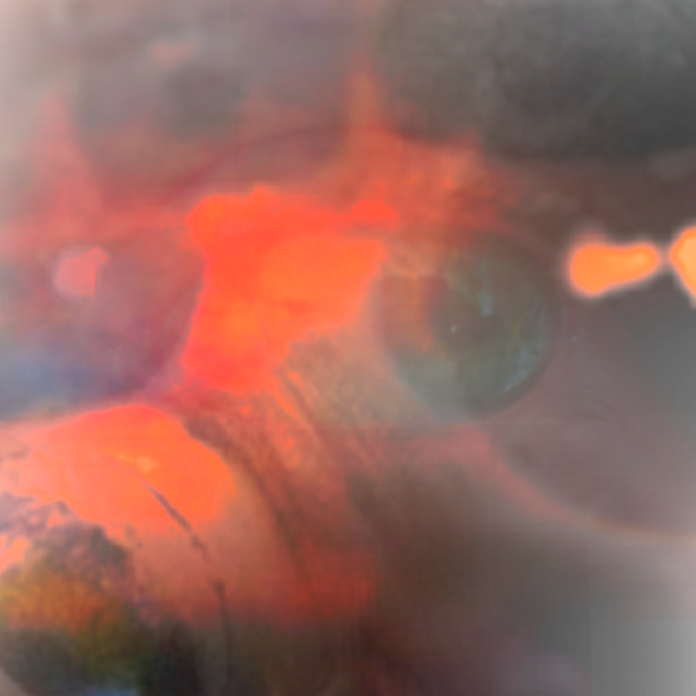 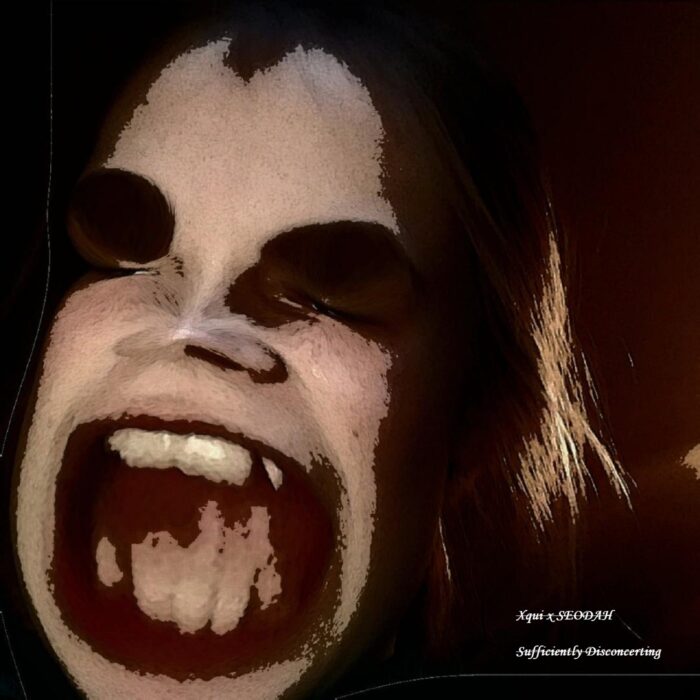 Sufficiently Disconcerting is the first collaboration between Xqui and Sound Effects Of Death And Horror (SEODAH).

It features six tracks that have been sequenced to give the listener a journey that is equal parts uncomfortable and soothing; or “sufficiently disconcerting”.

Three pieces – Timete, Exultate and Oculi Mei – are based on choral drones, using synthesised voices and sound effects to create a sense of unease within the contained melodies.

An American Man Stole My Balloons and Proboscis (Wins By A Nose) are synth/orchestral compositions that have been extensively treated to again create soundscapes that cross the boundaries between dissonance and tunefulness.

Hallucigenetic, the epic closing piece, broadly comprises three movements that veer from repetitious piano and choirs, simple uplifting melodies and even avant-garde metal to create another “sufficiently disconcerting” journey for the listener.

Xqui first appeared in April 2018 with his Britannia EP which was swiftly followed by the Dragon album in May. Using field recordings which he manipulated via mobile phone and laptop, he created incredible soundscapes and was quickly compared to Eno, Basinski and Mansell. Since then, he has been in rich productive form with seven full length albums behind him.

Fans of Xqui include Vince Clarke who described Xqui’s Twenties as a “great album” and “very cool”, together with Neil Arthur of Blancmange who said of Lleisiau – “really interesting….great noise” – whilst listening to the album on tour in 2019.

His work with boycalledcrow, under the moniker of Wonderful Beasts, received massive critical acclaim resulting in the approach from a filmmaker to provide soundtrack material as well as a sold-out debut compact disc.

Sound Effects Of Death And Horror (SEODAH) says: “SEODAH is a one-person project by me, John – sometimes called Distruth, depending on my mood. The name comes from the BBC soundtrack album released in 1977.

Ever since I was a child I’ve been fascinated by sound; how it works, how to manipulate it and the effect it has on people.

I see SEODAH as a series of projects and concepts that interest me. Whether you class it as prog, ambient, electronic, or experimental music is up to the listener.”

The album with be available for pre-order here and the lead track, Timete, available now as a pre-release download.

It will release on 6 August 2021 and will be available as a CD, digital download and on streaming services.

Listen to This! Xqui x SEODAH album is Sufficiently Disconcerting