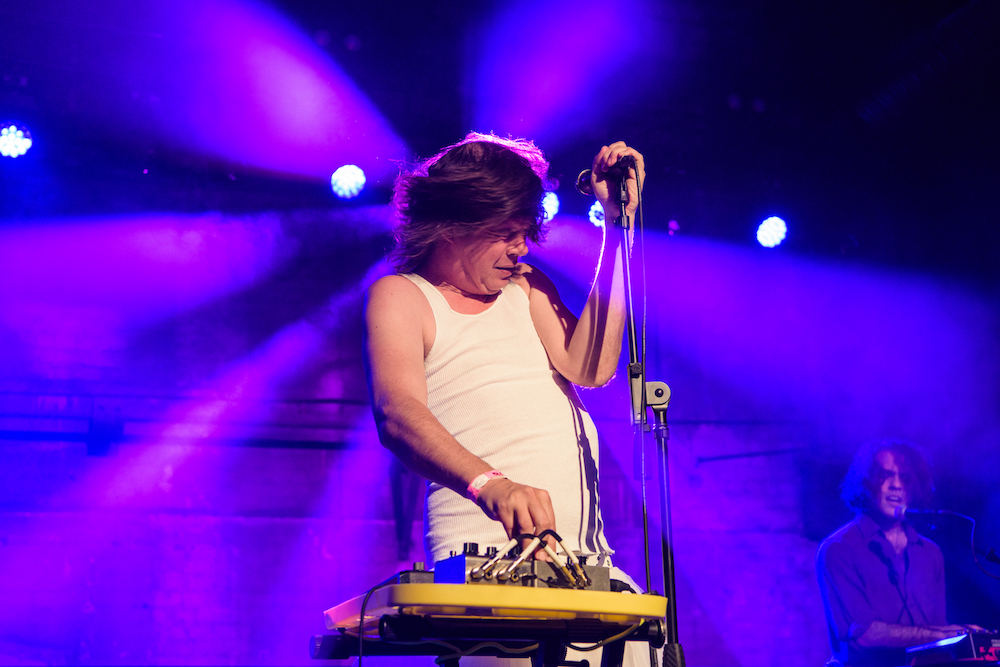 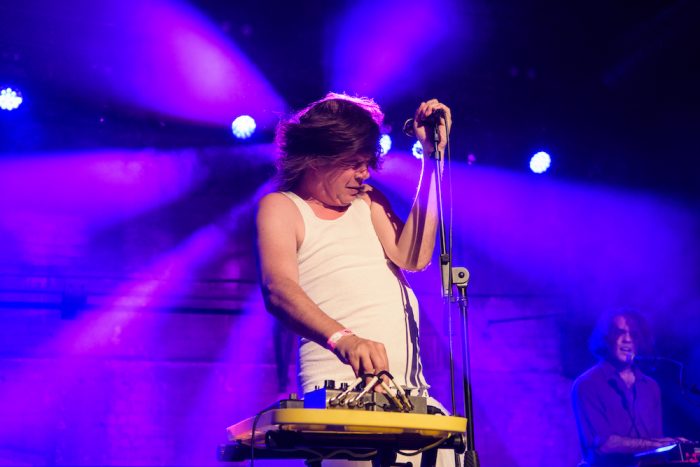 An eclectic night that featured a debut gig by the north easts next big thing followed by the incredible Liars!

Liars have been consistently one of the finest and most eclectic bands around and their latest album TFCF, is yet more proof that Andrew Angus is still on top form. Now operating in a solo capacity he still continues the bands very distinct own brand of electronic wizardry with added madness. Tonight is a special night for more than just the appearance of Liars though. 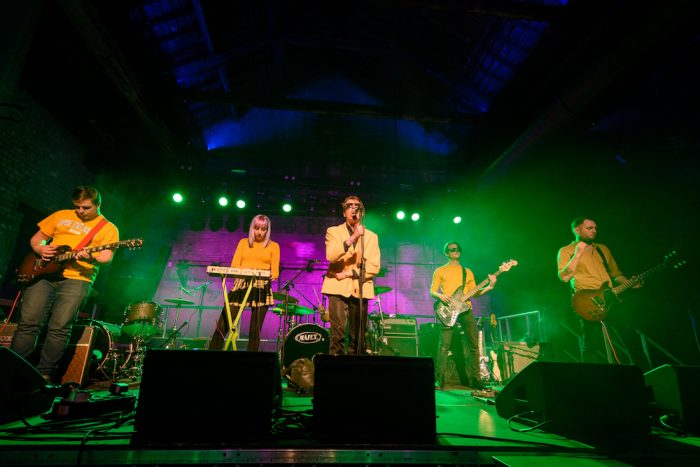 First up are a mysterious local six-piece band playing their debut gig, this band turns out to be Shy-Talk featuring members of a plethora of local bands including Young Liar, Drifts, A Festival A Parade, Apologies along with Waskerley Way who fronts the band. They take to the stage to a ripple of applause before assaulting our ear drums with a guitar driven instrumental.

All this before Michael takes to the stage, arms folded he looks out over the crowd and announces their arrival. What follows is quite astounding – a constant barrage of riffs and thunderous drums, a cacophony of noise all underpinning Michaels often screamed vocals. The air thick with angst, yet there is something completely captivating about them, we’re taken completely by surprise. Fair enough they have plenty of experience but this new found noise is breathtaking, in all the best debut gig anyone could have hoped for! 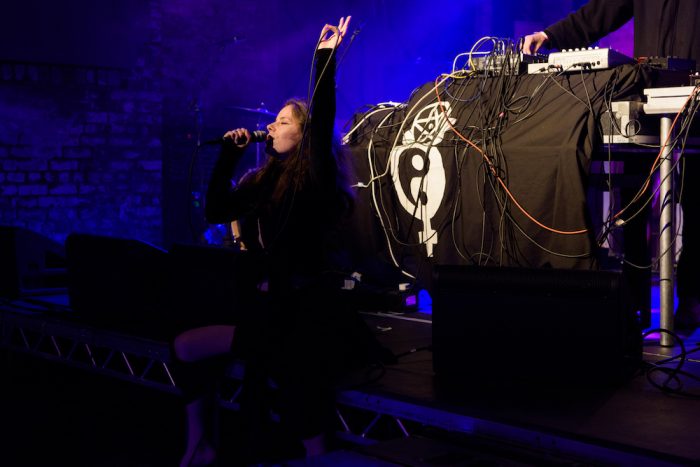 Shy-Talk are a hard act to follow and next up are Glasgow’s Happy Meals, who have their own distinct and eclectic electronic sound. Lewis Cook is hunched over his mass of electronic gadgets as Suzanne Roden concentrates on warming up this crowd. She spends more time off stage than she does on it, their set seems slow to begin with a slight lack of enthusiasm. However, the latter part of their set has hints of New Order and Underworld and in all they leave the crowd lukewarm.

Angus and his band are quick to follow, in his veil and white dress they set about thrilling the crowd by opening with Drum Gets A Glimpse they set an early marker. With Angus quickly getting into his erratic flow, he thrashes around, screaming down the microphone and marching around the stage carrying the mic stand. All the while screaming the lyrics to each song. 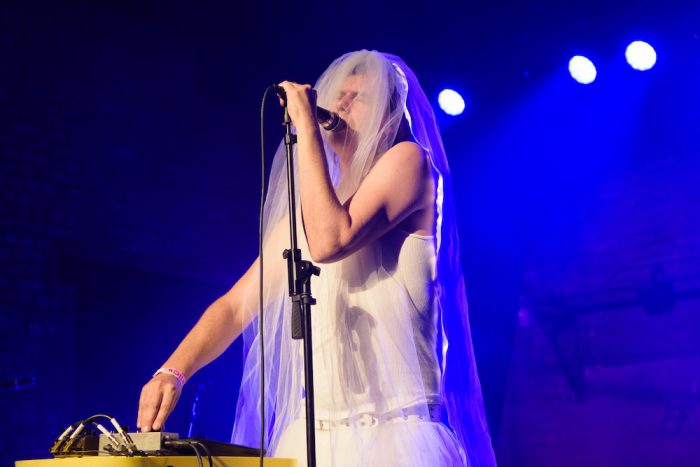 Every track seems to have been given a new lease of life, from the relatively subdued records. Huge drums and bright riffs underpin so many of the vibrant synth lines, the likes of Mess On A Mission packing a real punch. It’s tracks like Cred Woes that really take over though, Angus finding himself in particularly ferocious form as no area of the stage is off limits he prowls around, delivering each word as passionately as the last.

Closing out on Plaster Casts Of Everything it tops off an insane set from the band, Angus is in supreme form and the crowd showed their appreciation throughout. In all an exceptional night from three very different but at the same time complimentary bands, Liars are still incredible and there are big things to come from Shy-Talk.